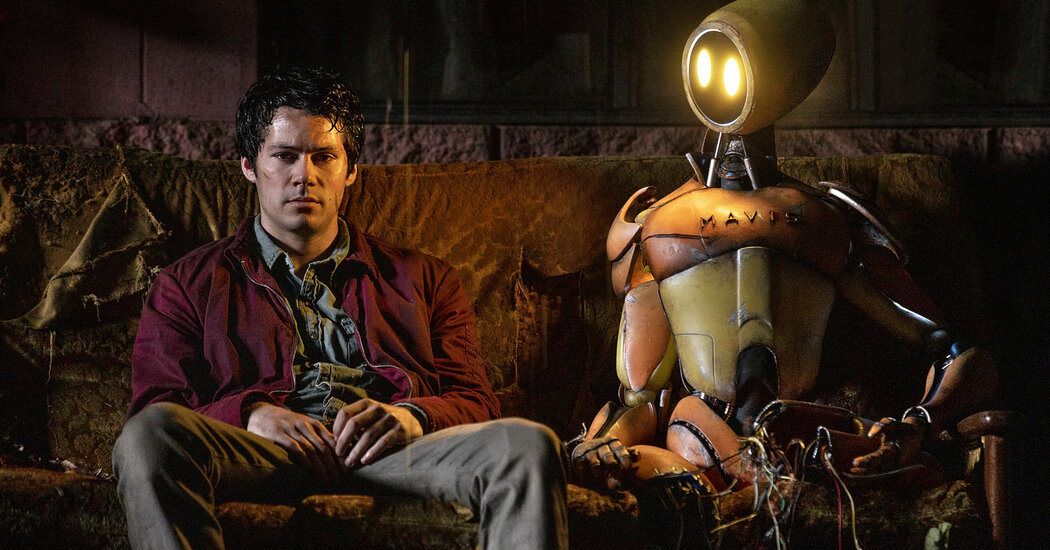 For action fans seeking out new movies on streaming, there are plenty of car chases, explosions and fist fights to sift through. We help by providing some streaming highlights.

‘Deliver Us From Evil’

Not to be confused with the director Scott Derrickson’s film of the same title, Hong Won-chan’s Korean-Japanese revenge flick, “Deliver Us from Evil,” is an eye-popping underworld tale. A well-articulated take on an assassin who’s ready to retire but is dragged back by unforeseen circumstances, this gangland movie follows Kim In-nam (Hwang Jung-min). He’s burned out and completing one last job, the murder of a Japanese mobster named Koreda, before retiring to the sunny beaches of Panama. But Koreda’s brother, a ruthless sociopath nicknamed Ray the Butcher (Lee Jung-jae), wants vengeance.

In-nam is also looking for answers. His estranged girlfriend has been murdered in Bangkok, and her young daughter kidnapped. He travels there, teaming up with a transgender woman (Park Jeong-min) to find her. Won-chan has a highly stylized approach, preferring canted angles and slow-motion shots to preface big, finishing moves. In one memorable sequence, In-nam jumps through a caved-in windshield of a moving van to free the girl from a suitcase.

Seven years ago, an asteroid named Agatha 616 came barreling toward earth. The government launched rockets into space, exploding the rock, but the remnants rained downed and mutated smaller life-forms. Suddenly frogs, cockroaches and worms became the hunters, humans the hunted. In a short span, these evolved species wiped out 95 percent of the human population — a giant moth even killed the president — and people have taken shelter in bunkers, caves and panic rooms. For Joel Dawson (Dylan O’Brien), the losses from the apocalypse are twofold: the death of his parents and a separation from his girlfriend, Aimee (Jessica Henwick).

When he learns that Aimee is occupying a bunker that’s a seven-day walk away, he’s elated, until her hide-out comes under threat of monsters. Rather than lose her again, the typically frightened Joel swallows his fears, venturing outside to save the woman he loves. Along the way in this endearing adventure from Michael Matthews, Joel encounters helpful humans, a faithful dog named Buddy and man-eating animals rendered in exceptional detail via visual effects. He learns courage, practices survival and, most of all, rediscovers love.

Dressed in a newsboy cap and brown leather coat, Igor Grom (Tikhon Zhiznevsky) looks more like a cabdriver than a police officer, which he is. A dogged investigator with little regard for politics or property damage, he’s on foot in the opening scene of “Plague Doctor,” tracking a group of bank robbers speeding away in an armored van. But St. Petersburg is a lawless city where bribery takes precedence over justice. If you ever wanted to know what a Russian Batman escapade would look like, search no further than this Oleg Trofim adaptation of the Bubble Comics superhero story “Major Grom: Plague Doctor.”

Here, a vigilante wearing a plague-doctor mask and dressed in black tactical armor akin to Batman’s slays crooked bankers and unrepentant murderers. Grom is assigned to discover the identity of this unhinged killer posing as the people’s champ. The case seems to lead back to the frail, tech mogul and philanthropist Sergey Razumovsky (Sergei Goroshko), but Grom doesn’t know how. Decorated by grim alleyways and menacing flamethrowers, “Major Grom: Plague Doctor” scratches a grittier itch than the Marvel Cinematic Universe.

A woman with a metallic prosthetic leg pushes a wheelbarrow through a junkyard. She comes to a seemingly disused boxcar. The door slides open, and several severed arms are dumped in her cart. Gory practical effects and copious amounts of blood coat Andrew Thomas Hunt’s gladiatorial grindhouse flick, “Spare Parts.”

The screenplay by David Murdoch and Svet Rouskov follows the Ms. 45, an all-woman punk band playing rowdy biker bars on its first American tour. The drummer (Kiriana Stanton) and bass player (Chelsea Muirhead) are in a loving relationship, but the shy, talented lead guitarist, Emma (Emily Alatalo), distrusts the group’s promiscuous lead singer, Amy (Michelle Argyris). The quartet, however, soon has bigger problems: The four are drugged by a shady punk (Jason Rouse) obsessed with Emma. They’re kidnapped and taken to a junkyard, where their arms are severed and replaced with weapons. They are now gladiators forced to fight to the death to please the gods — and a leering emperor (Julian Richings).

Stream it on Amazon, Tubi and Vudu.

I have to thank the film critic Marya E. Gates for putting on my radar the outlandish raptor-priest-ninja film “The VelociPastor,” from the writer-director Brendan Steere. From the outset, this low-budget schlock not only knows its limitations, it leans into them for comic effect. Greg Cohan stars as Doug Jones, a priest who, in the opening minutes, watches his mother and father die in a car explosion. We don’t see the blast. Rather the words “VFX: Car on Fire” flash over the spot the couple once stood.

Doug leaves for a convalescence in China, a set piece clearly shot in an American forest preserve, and encounters ninjas hunting for a dinosaur claw artifact. Doug is infected by the ancient item, transforming him into a raptor at night. He befriends Carol (Alyssa Kempinski), a sex worker; outruns ninjas; and seeks vengeance against Frankie Mermaid (Fernando Pacheco de Castro), the man who killed his parents. The film’s climax, an inspirational moment of D.I.Y. spirit, sees a transformed Doug, dressed in a cheap inflatable T. rex costume, tearing limbs off ninjas. I have never laughed harder.