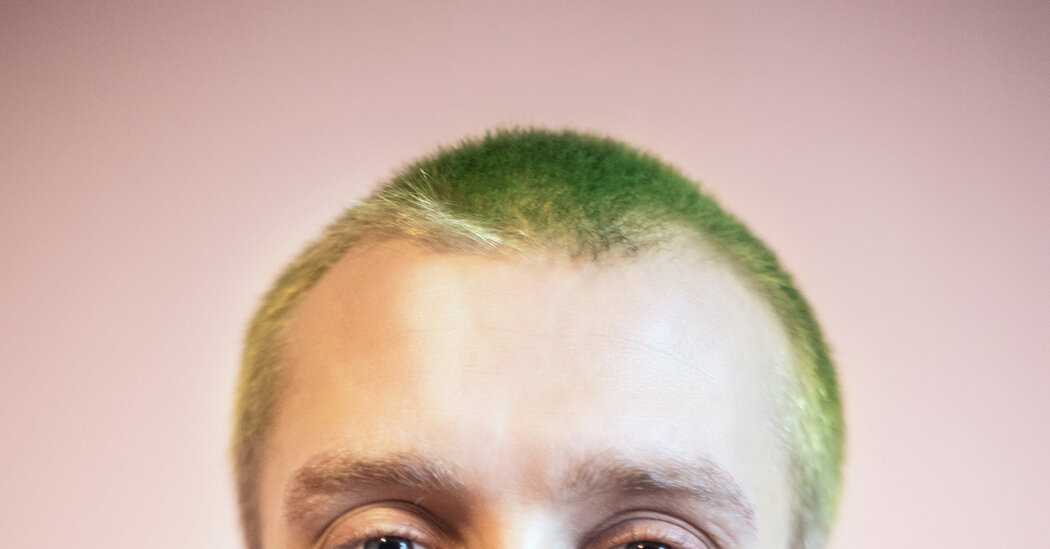 AFTER THE SUN
By Jonas Eika
Translated by Sherilyn Nicolette Hellberg

The word thrill arrives from the verb form of an earlier word, thirl — to make a hole, to pierce, to penetrate — with thirl itself tied back to thruh, from which we get through. I just want to make clear how I mean the word, when describing “After the Sun,” Jonas Eika’s debut collection of stories, as relentlessly thrilling. Many lasting, vibrant scenes involve literal penetration — yes, sexual, but also otherwise, ritualistic, say, or symbolic. And it’s the language, too, that pierces, thrills. The sentences in these stories stretch past the limits of the ordinary to the luridly extraordinary, and some moments feel as if they are breaking through to the sublime.

Eika is Danish. He published a novel to wide acclaim in his home country in 2015, when he was in his early 20s. “After the Sun” is his first book translated into English, and kudos to the translator, Sherilyn Nicolette Hellberg, who has managed to capture not just the meaningful absurdities but the energy of a writer determined to defamiliarize everyday usages of language. The effect of the prose is similar to what one character feels while standing in front of a wall of images: “as if they had been collected in a parallel universe, where every product was slightly different from the corresponding one in our world, so that, for example, you could identify a bar of chocolate but at the same time find that description inadequate, because you were encountering that object for the first time, and it was glowing, the wall was glowing with colors I had never seen before.”

That line is from the first and most impressive story, “Alvin,” which follows an I.T. consultant who arrives in Copenhagen to find that the bank he is meant to visit has collapsed. This leads to an affair with the titular Alvin, a younger man who buys and sells derivatives. In swift passages tinged with eroticism, Eika limns the perversities of trading in “futures,” so that the reader not only understands the metaphor, but feels the haunting when Alvin proclaims: “Commodity prices no longer indicate any value, past or present — they’re just ghosts from the future.” Whittling the complexity of financial markets into vibrant prose seems as difficult as it is necessary, if art is going to reckon with the way we live now. In another moment, both Kafkaesque and hyper-contemporary, prescient even, the narrator crawls into the ruins of the bank, where technocrats carry on, setting up temporary workstations among the broken marble.

“Bad Mexican Dog” is set in Cancún, among a group of beach boys. Once again, Eika takes aim at the perversions of industry, this time looking at economically stratified, racialized tourist economies. The sizing up and shaking down of marks, as well as the simmering class rage, will resonate with anyone who’s ever had a job that paid strictly in tips — not quite sex work, but sexualized work. And those who have ever traveled to a nation poorer than their own to lie on a private beach will recognize both the hypocrisy of, and the earnest desire to be, the good liberal tourist. But don’t think these stories simply satirize, or hold up a mirror. The majority of happenings in “After the Sun” are either distorted or utterly unrecognizable, a blend of science fiction and grotesquerie, an orgy of the unpredictable.

The other two stories are set among London’s outskirts and the Nevadan desert. The underlying scenarios — a threesome of drug addicts expecting a child, or U.F.O. chasers — may feel less enthralling, or substantive. I recommend against reading “After the Sun” straight through, as the accumulation of unpredictability, the relentlessness of the thrill, will likely begin to wear: When anything can happen, why and how it’s happening matters increasingly less. Rather, afford some time for palate cleansing between each piece. The stories are not flawless, and the achievements of stylistic originality, the shocks, often come at the expense of heartfelt connection with characters, but honestly, in this case, it’s more than a fair trade-off, to be pierced and thrilled again.