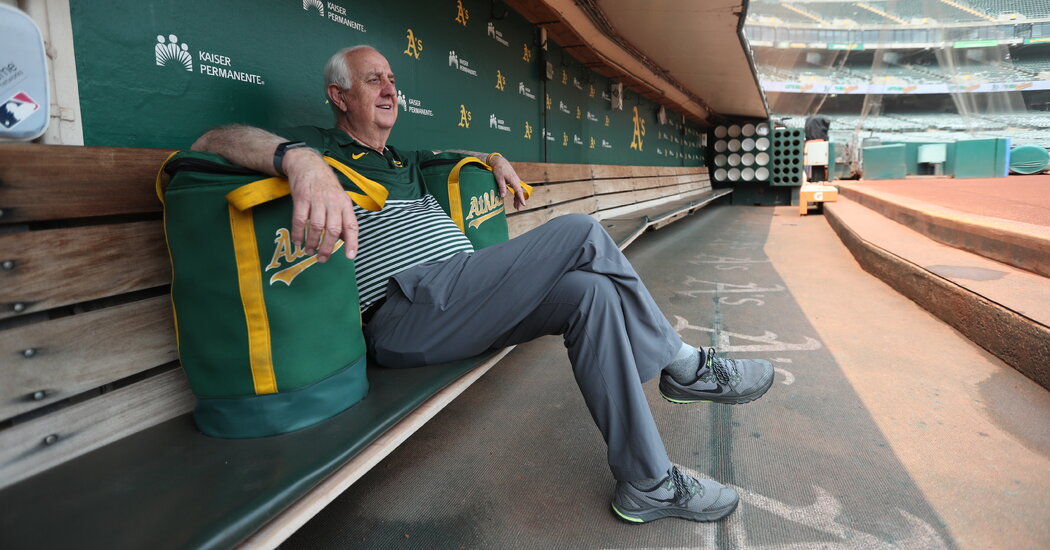 He became a salaried employee in 1974 when he was named visiting clubhouse manager, a promotion that inspired him to drop out of college. “It got me inside the gates,” Vucinich said. “Plus, it was a full-time gig with decent money.”

To describe the money as decent involved some hustle. Vucinich’s salary as a clubhouse manager, or clubbie — $300 per month — was decidedly not decent. But like all clubbies, he made plenty of extra cash through players who paid for services like food and laundry (in 1974 it was $5 per head, per day). Vucinich got to keep whatever remained after expenses. Those profits, plus tips for personal errands, could more than double his paycheck.

Special requests from players are an endless source of Vucinich’s stories. He found an after-hours birthday cake for Roger Clemens and once filled a steamer trunk with Coors for Carl Yastrzemski and Dwight Evans when they were unable to source the beer east of Kansas. (Modern versions of the same story involve procuring players wine from Napa and the occasional In-N-Out burger run.)

“It’s the toughest job in baseball, taking care of a bunch of prima donnas, each of whom has a different need and thinks he’s the best guy and expects you to take care of him right now,” said Sal Bando, captain of the three-peat championship A’s teams from 1972 to 1974. “The way Vuc has handled it all these years, it’s amazing.”

These days, the parameters of Vucinich’s position are more profound than ever. He arrives at the ballpark at about 10 a.m. for night games, and remains until things wrap up. He packs the team — communal equipment and individual gear alike — for every road trip. Whereas uniform orders once consisted of jerseys, pants and cotton undershirts, today they include throwback and alternate options, plus a broad array of performance gear. Then again, Vucinich no longer has to stock or clean ashtrays.

“Everything’s changing,” he said, “so you’d better get on board or you’re going to ride that pony out of the parking lot and not come back.”

Last season was particularly trying, with rigid coronavirus protocols affecting every level of clubhouse interaction. The M.L.B. procedure document Vucinich had to implement was 107 pages and covered everything from individual toiletries to pitchers keeping their own baseballs for bullpen use. Vucinich removed clubhouse furniture and transitioned the team’s dining facility outdoors, making due with a staff at two-thirds capacity given the strict limits on clubhouse personnel.