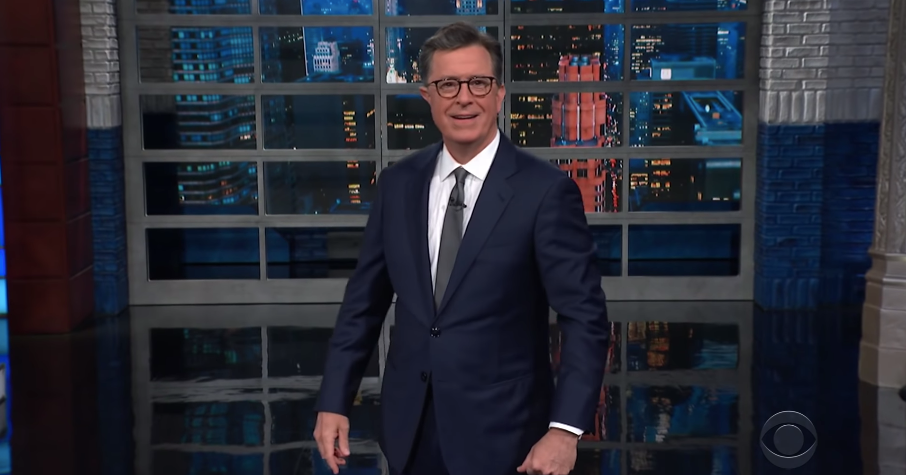 “Earlier today OnlyFans announced that it’s going to block all X-rated content starting in October. What? This would be like Playboy only printing the articles, you know what I’m saying?” — JIMMY FALLON

“Also just a side note, if you’re watching this with someone, and they quickly ask, ‘What’s OnlyFans?’ Trust me, they know exactly what it is.’” — JIMMY FALLON

“They know that fans of OnlyFans are only fans of one thing, right?” — STEPHEN COLBERT

“Reportedly, ‘OnlyFans was struggling to find outside investors because of its adult content.’ Evidently, pornography does not live up to the high moral standards of investment bankers, unless it’s them [expletive] the economy. Then it’s fine.” — STEPHEN COLBERT

“Now, there’s a bright side to banning shots of where the sun don’t shine, because OnlyFans says while sexually explicit material will be banned, nudity that is not sexually explicit will remain allowed. So you can only post nude images that would never turn on anyone — and, I’m sorry, I just don’t need the money that badly.” — STEPHEN COLBERT

On “The Tonight Show,” The Roots improvised a song about the chemistry on the new season of “Bachelor in Paradise.”