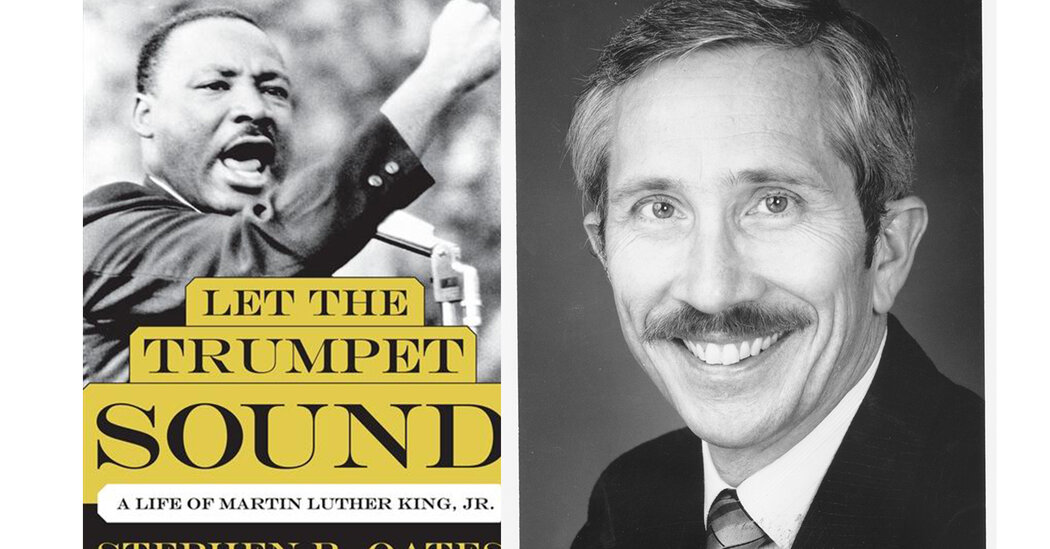 The American Historical Association, which examined the charges, issued an ambiguous ruling in 1993, saying there was “no evidence” that Dr. Oates had committed plagiarism “as it is conventionally understood.” But it did find evidence “of too great and too continuous dependence, even with attribution, on the structure, distinctive language and rhetorical strategies of other scholars and sources.”

In the early 1990s, Dr. Oates was accused of plagiarism in three books, including one about Lincoln, “With Malice Toward None” (1977).  He vehemently denied the allegations.

More than 20 historians came to Dr. Oates’s defense, but the allegations snowballed, diverted him from his work and took their toll.

“Many of us in the field regarded it as a criticism that grew into an assault and became a tragedy,” Harold Holzer, a prominent Lincoln scholar, said in an interview. “He was too big a talent to be silenced, but in many ways he was, at least as an historian.”

Greg Oates said that although the charges “took a lot out of him emotionally and physically,” his father regrouped and went on to write a different kind of history, in which he relied on the historical record but wrote in the first person from the perspective of historical figures involved in the coming Civil War. He published “The Approaching Fury: Voices of the Storm, 1820-1861” in 1997 and a sequel, “The Whirlwind of War: Voices of the Storm, 1861-1865,” in 1998.

“He was able to launch himself back into the epic saga of the war, which was the culmination of all of his knowledge and research,” his son said. In creating monologues for the historical figures, he was inspired by the actors Hal Holbrook and Julie Harris, who impersonated Mark Twain and Emily Dickinson onstage. His work was well received.

“This book powerfully recreates some of the momentous events that produced the catastrophe of 1861,” the historian Robert Remini wrote in a 1997 review of the first volume in The New York Times. “Mr. Oates succeeds in bringing his characters alive and in creating highly dramatic scenes for them to act out.”

Dr. Oates started working on a book about the Cuban missile crisis in the same style, his son said, but he developed severe back problems and wasn’t able to continue. He was able, however, to serve as a consultant and adviser to his son, who is adapting some of his works for television and film.