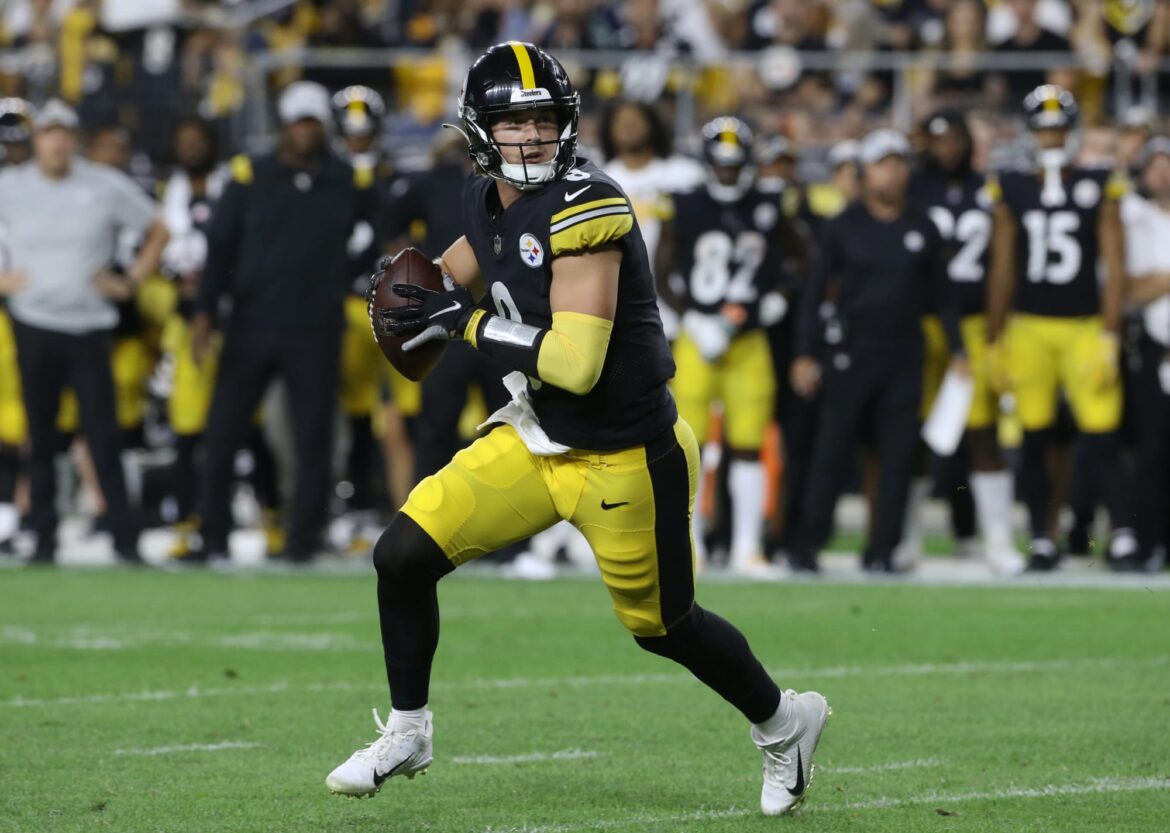 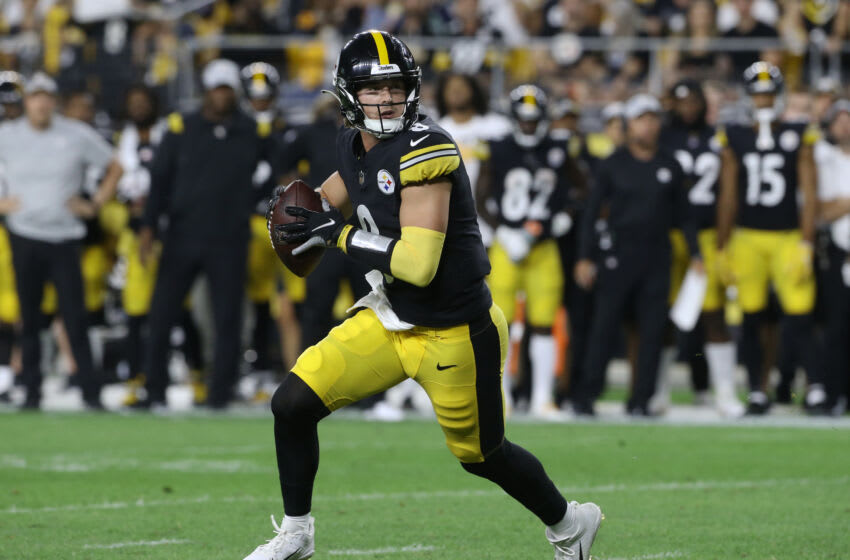 Reports of Pickett’s demise may have been greatly exaggerated.

As the media does — myself included — we ran with rumors of poor play in practice from Pickett. In truth, he did not look very good at the start of training camp, and he’s squarely behind the likes of Mitchell Trubisky and Mason Rudolph.

That is where he’ll stay, for now. But for the Steelers, it has to be encouraging that their first-round rookie can make plays when it matters most.

Pickett led a game-winning drive against the Seahawks in his first career preseason game. That drive was capped with a touchdown pass to Tyler Vaughns.

Pickett has plenty of pressure square on his shoulders. The Pittsburgh Panthers product is well-known in the area, and made a massive jump in his senior season. The Pitt QB was invited to New York City for the Heisman ceremony, ultimately losing out to Bryce Young of Alabama.

But that play was enough to convince Kevin Colbert to draft Pickett in the first round. He was the only quarterback selection in the first round in what was considered a weak class. Yet, Pickett is proving Pittsburgh right through one game.

All Kenny Pickett does is win bets for me. I love him forever

not currently making a statue for Kenny Pickett or anything

In his NFL debut, Kenny Pickett leads a game-winning drive in front of Steelers’ Nation.

Can’t make this stuff up. #Steelers

He is a FOOTBALL PLAYER!!!!

Steelers fans waited for that moment since April, and Pickett delivered in a big way.

Yes, it came against backups and yes, Pickett will have to wait his turn to start a real game at Acrisure Stadium (still feels weird to say), but it’s a damn good start.

The Steelers may just have their quarterback of the future. Consistency is the next step. He won’t become Ben Roethlisberger overnight.