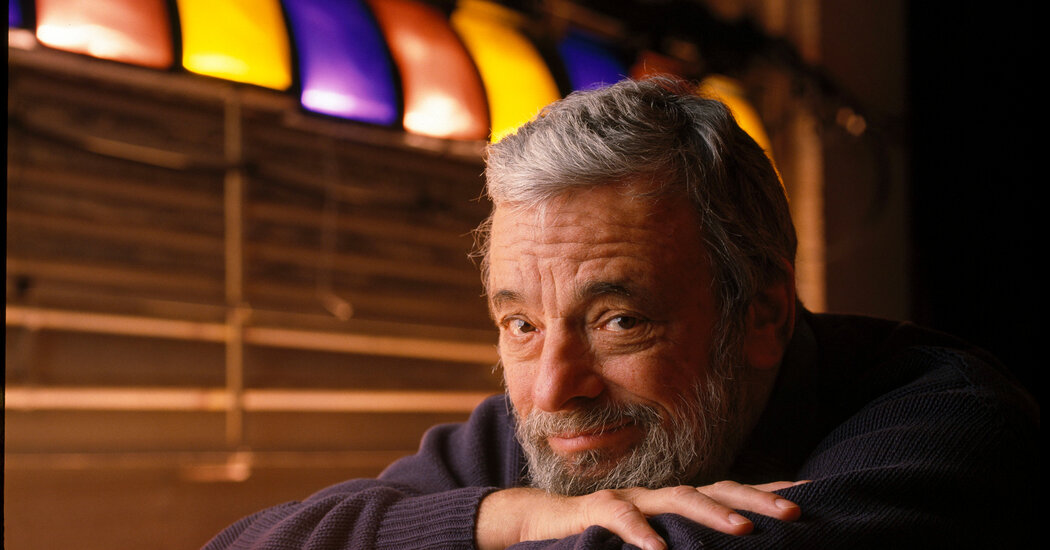 Stephen Sondheim, the 91-year-old composer and lyricist widely regarded as among the greatest musical theater artists in history, is writing another show and said he hopes that a production will be staged next year.

“I’ve been working on a show for a couple years with a playwright named David Ives, and it’s called ‘Square One,’” Sondheim said Wednesday night during an appearance on “The Late Show With Stephen Colbert.” “And we had a reading of it last week, and we were encouraged, so we’re going to go ahead with it. With any luck, we’ll get it on next season.”

Sondheim did not reveal any other details, and he did not immediately respond to an email seeking clarification. But the actor Nathan Lane, in an appearance earlier that day on “Today,” said he had participated in the reading last week.

“I just did a reading of a new Sondheim musical,” Lane said. “It was very exciting. Bernadette Peters and I. A whole group of wonderful people.”

“Square One” is a version of a project that Sondheim and Ives have been thinking about for years, but had set aside while they tried to write a musical adaptation of two films by Luis Buñuel. Both projects were being developed in association with the producer Scott Rudin, who has stepped back from producing theater after renewed media attention concerning his bullying behavior toward subordinates and collaborators. Sondheim had once said he hoped for a production of the Buñuel musical in 2017, but it didn’t happen, and last year, he told the Public Theater, which had been planning to stage the Buñuel musical, that he was no longer working on that show.

In the meantime, Sondheim fans will have plenty of opportunities to revisit his work. Steven Spielberg is directing a new film adaptation of “West Side Story,” with a screenplay by Tony Kushner, that is scheduled to open Dec. 10. Sondheim wrote the lyrics for that 1957 musical.

Also, a revival of “Company,” in which the genders of the protagonist and several other characters have been swapped, is scheduled to resume previews Nov. 15 and to open Dec. 9 on Broadway. The revival, directed by Marianne Elliott and starring Katrina Lenk and Patti LuPone, got through nine preview performances before theaters were shut down in March 2020. Sondheim wrote the show’s music and lyrics.

Off Broadway, the Classic Stage Company is planning, on Nov. 2, to start performances of a starry revival of “Assassins,” directed by John Doyle, which was also delayed by the pandemic. Sondheim wrote that show’s music and lyrics.

And the “Encores!” program at New York City Center is planning a revival of “Into the Woods,” directed by Lear deBessonet and featuring Sara Bareilles as the Baker’s Wife, next May. Sondheim wrote that show’s music and lyrics.