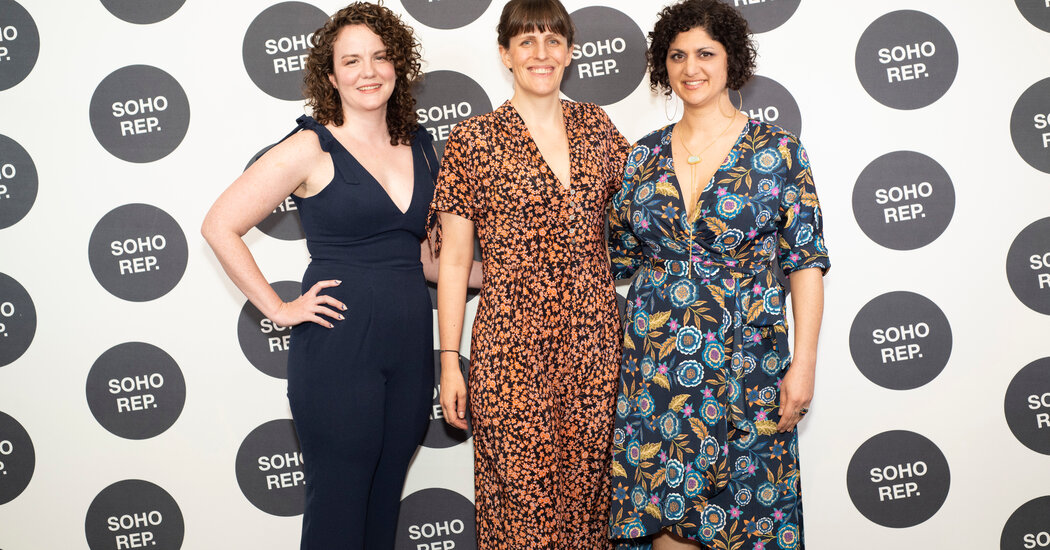 It has been nearly two years since Soho Rep has staged a show in its 65-seat theater at 46 Walker Street. And Sarah Benson, the theater’s artistic director since 2007, is in disbelief.

“It’s wild that it’s been that long,” said Benson, who leads the theater with the artistic development and producing director Meropi Peponides and the executive director Cynthia Flowers.

But when performances return to the Lower Manhattan space for the company’s 46th season in September, it will be alongside the second year of a new initiative: Soho Rep Project Number One, a job creation program developed in response to the pandemic that brings artists into the organization as salaried staff members with benefits.

The inaugural 2020-21 class included eight artists, who each received a weekly salary of $1,250, a year of health insurance coverage and a $10,000 budget to create a new work in any format, to be presented to an audience at the theater during the upcoming season. The next phase of the project thus far includes two artists for the 2021-22 season: The director and writer Abigail Jean-Baptiste and the scenic designer Kimie Nishikawa.

“It’s an exciting moment as we continue to evolve,” Benson said. “And we hope to expand it in the future.”

Soho Rep, an audacious home for new plays, has kick-started the careers of writers including Branden Jacobs-Jenkins (“Gloria,” “An Octoroon”), Lucas Hnath (“A Doll’s House Part 2,” “Dana H.”) and Young Jean Lee (“Straight White Men,” “We’re Gonna Die”), while also providing a home for innovative designers and directors, many of whom participated in the theater’s storied writer/director lab.

So it’s only appropriate, Benson said, that the 2021-22 season begins with four weekends of free presentations of works-in-progress developed in that same lab, which is led by the playwrights William Burke and Jackie Sibblies Drury. The productions, which will run from Sept. 24 through Oct. 17, include “Blush” (Keenan Hurley and Kedian Keohan), “A Map to Nowhere (things are)” (Nia Farrell and Talia Paulette Oliveras), “Speak American” (Kate Moore Heaney and Divya Mangwani), and “Bust” (Jeesun Choi and Bryn Herdrich).

They will be followed in November by the world premiere of “while you were partying,” a comedy by Peter Mills Weiss and Julia Mounsey with the actor and comedian Brian Fiddyment that explores toxic masculinity (Nov. 3-28).

“I can’t remember the last time I was truly terrified in a theater before this,” Benson said. “I was frightened in a very strange and unsettling, but kind of joyous, way.”

Next up is the New York premiere of the South Korean playwright Hansol Jung’s “Wolf Play,” which explores alienation and the meaning of family through the lens of queer parenting and adoption (Feb. 2-March 6, 2022). The play, which takes its name from a Korean boy adopted off the internet who just wants to find his “wolf pack” and was originally slated to open in March 2020, is directed by Dustin Wills and presented in association with Ma-Yi Theater Company.

Closing out the lineup is the world premiere of the Puerto Rican playwright Omar Vélez Meléndez’s “Notes on Killing Seven Oversight, Management and Economic Stability Board Members” (May 17-June 19, 2022). Directed by David Mendizábal, one of the eight artists in the inaugural Project Number One cohort, and produced in partnership with The Sol Project, the work is billed as a drag show that explores decolonization.

“I fell off my chair when I first read that piece,” Benson said, “And it’s only continued to evolve as they worked on it together.”

Benson said she hopes that the productions at Soho Rep this season will respond to a transformative moment in theater.

“I hope it’s not just like getting back into a warm bath,” she said. “I hope people get excited about seeing work that’s destabilizing, and challenging, and recognizing the exhilaration that comes with that.”