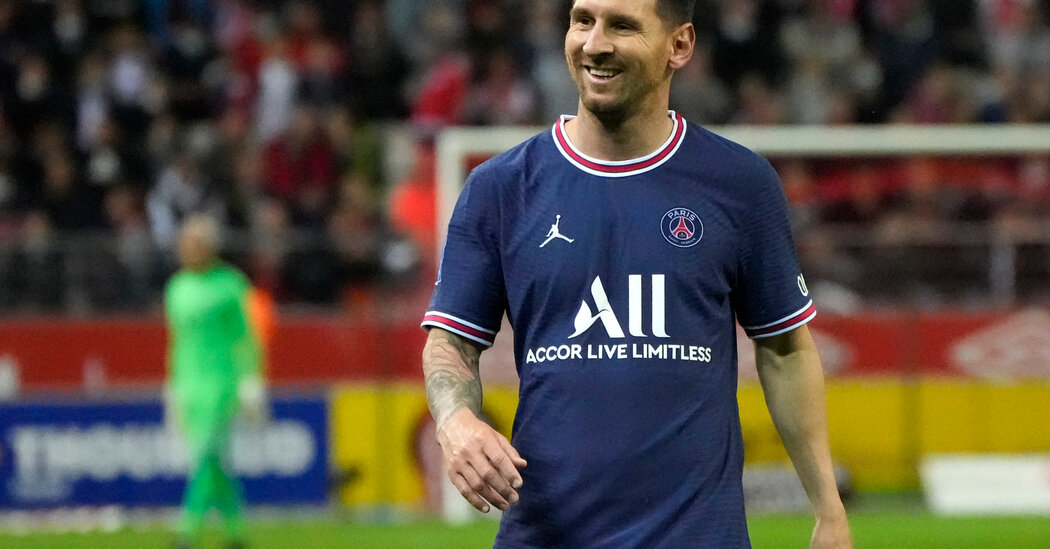 Last season’s Champions League final was one sign. The outcome of European soccer’s summer trading window — which closed earlier this week — was yet another. The continent’s old guard is in retreat, and in their place a new cash-rich elite has fully arrived.

In a market battered by the lingering effects of the coronavirus pandemic, only teams backed by the world’s super rich have been able to trade freely this year, fluffing up their already plump rosters with the cream of the game’s talent. In contrast, many of the traditional heavyweights of the game scrambled to make sales to balance books weighed down by losses and ballooning debts.

Chelsea, the Champions League winner backed by a Russian oligarch, spent $135 million to pick off Romelu Lukaku from last season’s Italian champion Inter Milan, whose finances were in no state to turn down a club record fee. The other Champions League finalist, Manchester City, is owned by the brother of the ruling family of the United Arab Emirates. It was easily able to come up with a British record 100 million pounds ($138 million) to recruit Jack Grealish, a highly skilled attacking midfielder from Aston Villa, not because it especially needed him, but because it could. City would have smashed that record again weeks later had Tottenham not resisted its overtures for the England captain Harry Kane.

Over in France, Paris St.-Germain, owned by the rulers of Qatar, made the most eye-catching signings. After Real Madrid told its captain Sergio Ramos that it could not meet his demands for a new contract, P.S.G. said it most certainly could. Other elite players priced out of new contracts with their former clubs — Italy’s European Championship winning goalkeeper Gianluigi Donnarumma, the Netherlands captain Georginio Wijnaldum — came aboard as well, before P.S.G. made the biggest statement signing of them all: acquiring Lionel Messi from Barcelona, by far the biggest example of how far the game has shifted.

P.S.G. then underlined its power in a deal that did not happen. Real Madrid, the most successful team in European history, and used to getting its own way for so long, found out the hard way that P.S.G. plays by different rules. Real Madrid made two official bids, the second for what would have amounted to the second highest fee ever paid for a player, as it sought to extract Kylian Mbappé, the 22-year-old French striker, from P.S.G. It did not even get a response. That defied soccer orthodoxy, in which clubs typically try to cash in on players like Mbappé entering the final year of their contracts, rather than lose them for free in a year.

“It’s not an intelligent move, but it’s a demonstration of power,” said Rodri Baster, the founder of Promoesport, one of Spain’s biggest player agencies. “P.S.G. clearly demonstrated that money is not a problem for them. If I was in the situation of the owner of P.S.G., I would do the same. If I have enough money and I don’t need more, I would slam my fist on the table like he did and say no.”

The result is that P.S.G. has one of the most fearsome forward lines ever assembled, adding Messi and keeping Mbappé and pairing both with Neymar, the player who became the world’s most expensive signing when P.S.G. recruited him for $263 million in 2017.

As for Barcelona, it spent months engaged in the biggest fire sale in its own history. Crippled by a financial crisis, with losses for this year set to surpass $500 million, the team’s management tried to offload players as if bailing out water off a sinking ocean liner. The most stark example of the chaos engulfing the club arrived on the final day: Barcelona allowed Antoine Griezmann to rejoin his former club, Atlético Madrid, on loan. Just two years ago it had paid Atlético, a rival for the Spanish title, $140 million for Griezmann.

Juventus, Italy’s most successful team, required curious methods to recruit Manuel Locatelli, a midfielder who signaled his arrival onto the global stage with a string of impressive performances at Euro 2020. Juventus is not paying his former club Sassuolo anything for the first two years of his contract, and only in the third year it will start to pay portions of the fee, which could rise to $44 million.

The biggest sign that Juventus needed to tighten its belt, though, came in the last days of the transfer market when Cristiano Ronaldo, the star Portuguese forward who has been swapping the accolade of the world’s best player with Messi for much of the past decade, was transferred to his former club Manchester United for 15 million euros ($18 million). Juventus had paid 100 million euros for him three years earlier.

“In my opinion this has been a market where the priority has been fixing financial problems instead of sporting criteria,” said Baster, the agent.

Manchester United has been able to weather the impact of the pandemic better than most. Thanks to the size of the Premier League’s television contract, and its own highly lucrative commercial operation, the team owned by the billionaire Glazer family spent freely: Ronaldo capped the culmination of a summer of spending that reached more than $170 million. Arsenal, another Premier League team with a wealthy owner, Los Angeles Rams and Denver Nuggets owner Stan Kroenke, committed more than $200 million on largely young talent in the latest effort to overhaul what has been an underperforming roster.

The spending in England was outsized compared to what all but a handful of clubs in other leagues could manage. According to the accounting firm Deloitte, net spending of $776 million by Premier League teams this year was 10 times more than that in Italy and Spain, where the focus was largely on selling — at whatever the price.

“All the indicators show a trend toward a concentration of spending from the richest clubs, in particular the wealthiest Premier League ones,” the CIES Football Observatory, a soccer think tank, wrote in a report published after the trading window closed on Monday.

“The dependence of a growing number of clubs even within the wealthiest leagues on transfer incomes highlights the weakness of the current professional football economic system,” it added.