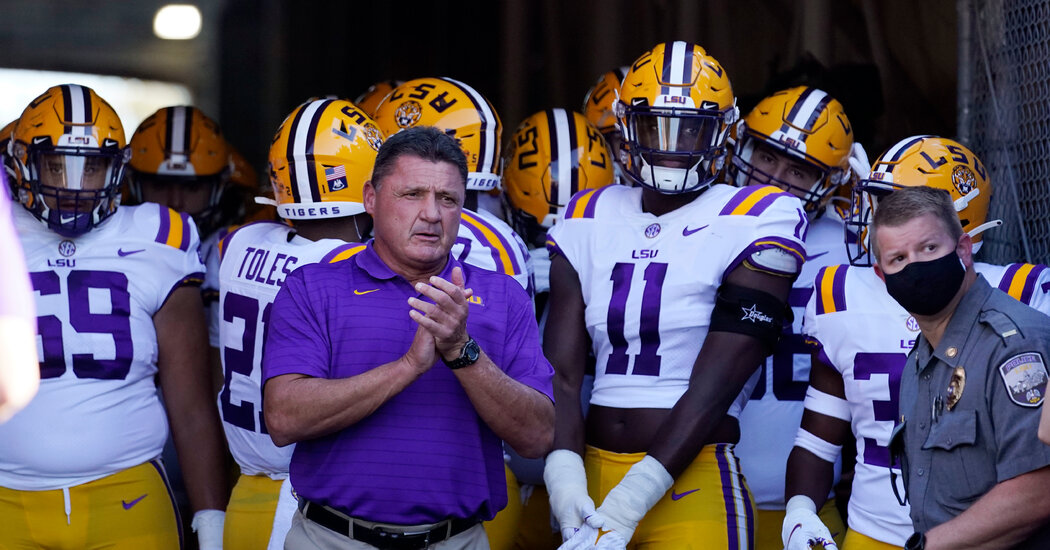 Such a festive atmosphere has been absent at U.C.L.A. for years.

The Bruins have had five consecutive losing seasons, their attendance dwindled in 2019 to its lowest since moving to the Rose Bowl in 1982 — barely cracking 40,000 per game — and interest in the program had diminished to the point where six sections of seats in the north end zone were covered by tarps. To boost the crowd on Saturday, U.C.L.A. gave away thousands of tickets to U.C.L.A. students, youth football programs, high school students and veterans.

The crowd, swelled by the freebies and announced at 68,123, saw what might be the start of a long-anticipated awakening under Coach Chip Kelly. Patience had been wearing thin with Kelly, who seemed to have a cheat code with his fast-break offense at Oregon before he left for the N.F.L. But he seemed intent on a methodical rebuild that is now in its fourth year.

His record at U.C.L.A. stands at 12-21, and the athletic department was more than $40 million in the red — even before accounting for last season, which was played without in-person spectators.

“This is the year it has to happen,” Troy Aikman, who was on the search committee that landed Kelly with a five-year, $23.3 million contract, said on the field before the game. “There’s got to be progress this year. The time is now.”

Aikman was among 150 or so former Bruins who attended a private memorial service in Beverly Hills on Friday for the longtime coach Terry Donahue, who died in July. Donahue was the embodiment of the Gutty Little Bruin, a 190-pound defensive lineman who helped the Bruins win the Rose Bowl as a player and then coached the team to four more appearances and three more victories in the game.

Saturday’s performance surely would have pleased him.

The Bruins’ defense mixed its coverages and sent an assortment of rushes at Johnson, leaving him battered and at times bewildered, and thwarted a running attack that Orgeron admitted had become predictable. (It did not help that a top back, John Emery Jr., was one of three L.S.U. players held out for academic reasons.)

On the other side of the ball, the Bruins, using clever schemes, repeatedly gashed L.S.U. with their two best players. Running back Zach Charbonnet, a transfer from Michigan, had 117 yards rushing and one touchdown on 11 carries, along with 35 yards receiving — an audition that surely caught the eye of eight N.F.L. scouts who watched from the press box.