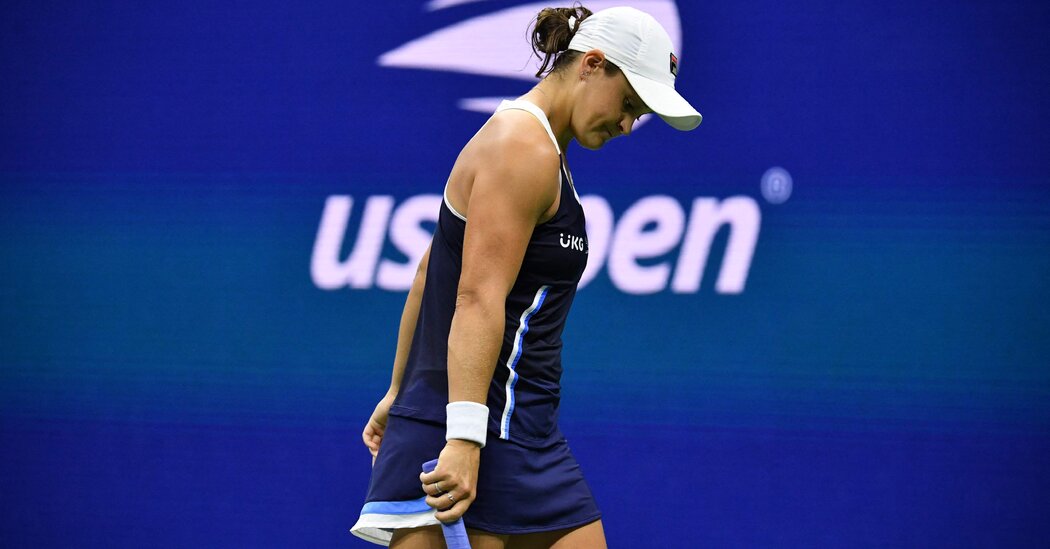 “It’s not the way I like to play,” she said in an interview on court after the match, “But it was what I needed to do against her.”

Barty was now the one under siege and served tenuously, trailing, 5-6. But at 40-30, Rogers mistimed an overhead slam and hit the ball into the net. They would go to a tiebreaker, and Rogers had the momentum.

Even though it would remain close, Barty was playing more desperately and struggling to keep pace, while Rogers surged on a wave of adrenaline, now running back to her spot and pumping her fist to the fans.

Most of the points Rogers won in the tiebreaker came off Barty’s mistakes as Rogers was content to keep pushing the ball back, often with a looping arc to it, and then waited for Barty to crack.

The final point, though, came on a strong serve by Rogers that overwhelmed Barty, and her backhand block went wide. Rogers dropped her racket and put both hands to her face. She picked up the racket, went to the net to shake hands with Barty and the chair umpire, and then flung it to the side again and raised her arms to the crowd, half in triumph, half in disbelief.

Her next opponent is the exciting British teenager, Emma Raducanu, in the fourth round.

A year ago, when Rogers was still working her way back from knee surgery, she reached the quarterfinal stage here. She lost to Naomi Osaka, the eventual champion, in a stadium that was empty because of coronavirus restrictions. But fans are back in attendance at full capacity this year, and Rogers took advantage.