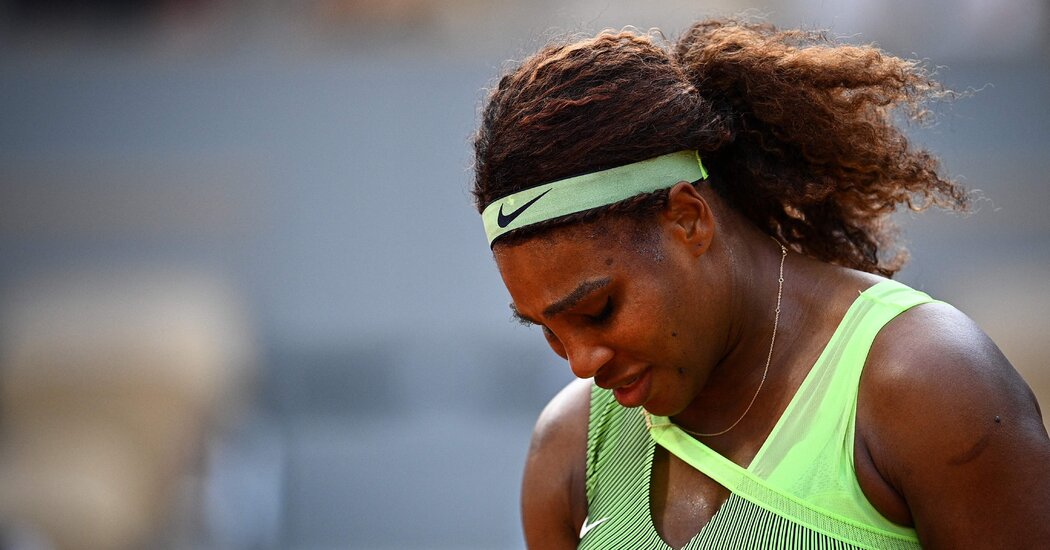 “It’s tough to watch Andy Murray right now,” said McEnroe, who spoke of the increased pressure he once felt as an aging player with a diminished amount of sand left at the top of the hourglass.

At the moment, Federer’s final act may be at Wimbledon, losing a set 6-0 on Centre Court with his injured knee to Hubert Hurkacz of Poland in the quarterfinal.

Nadal won his 13th French Open and 20th Grand Slam singles title last October, but he fell in four sets in June to Djokovic at Roland Garros in the 2021 French Open semifinals, where he has been nearly unbeatable. He skipped Wimbledon and the Olympics, and he was last seen losing to Lloyd Harris of South Africa in the second round of the Citi Open in Washington, D.C. His comeback will hinge on solving a congenital foot problem.

Williams injured her hamstring early in her opening match at Wimbledon and limped off the court.

​​In an interview on Wednesday, Patrick Mouratoglou, Williams’s coach, said that the entire team knew as soon as she suffered the injury at Wimbledon that it would be a challenge for Williams to be ready for the U.S. Open, given the severity of the damage. She spent weeks resting and receiving treatments to try to nurse her leg back into shape while trying to maintain her fitness and form.

“We tried everything. She did everything she could,” Mouratoglou said.

He said that if the tournament was being played in three or four weeks she might be able to compete, but the risk of long-term damage if she played now was too great. The U.S. Open starts on Aug. 30 in New York.

“She still wants to play and still loves to play, still wants to win Grand Slams,” Mouratoglou said of Williams. But to do that she needs to be able to train and practice at the highest level, and lately that has been a challenge. An Achilles tendon injury at last year’s U.S. Open hampered her preparations for the Australian Open in February.

He said there had been no discussion about retirement and would likely speak about what comes next for his star player in a few weeks. “I don’t have any certainty for the future at this point,” he said.