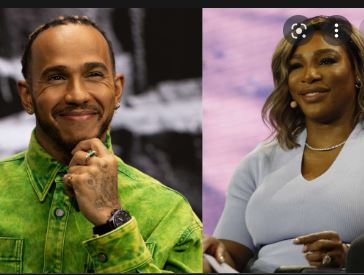 Tennis star Serena Williams wants to buy ownership of football club Chelsea. Seven-time Formula One champion Lewis Hamilton has expressed interest in partnering with him. Serena and Hamilton have invested around Rs 100 crore for this. Along with the two, another partner, British businessman Martin Broghton, has submitted a tender to buy Chelsea.

The story of breaking the dream is mixed in the blue of the blues. Stories of passion and achievement. The two Champions Leagues, the two Europa Leagues, the UEFA Cup, the UEFA Super Cup are almost all in Chelsea’s arsenal. Roman Abrahamovich, the Russian billionaire who held the London club’s renaissance, has been the victim of Russian aggression in Ukraine. The Russian tycoon is being forced to sell the club due to various restrictions of the British government.

Wealthy people from different countries have shown interest in buying this traditional club. US tennis star Serena Williams has made the list. He has already invested around Rs 100 crore. This is not his first investment in football. Earlier, she invested in Angel City FC, one of the best teams in the American Women’s Football League. This time he showed interest in owning a world class club like Chelsea.

In addition to Serena, seven-time Formula One champion Hamilton is also in the running to buy Chelsea. The British racer has been supporting Arsenal for a long time. However, before these two stars, British businessman Martin Broghton has submitted a tender to buy Chelsea. Serena-Hamilton is dreaming of buying Chelsea in alliance with him.