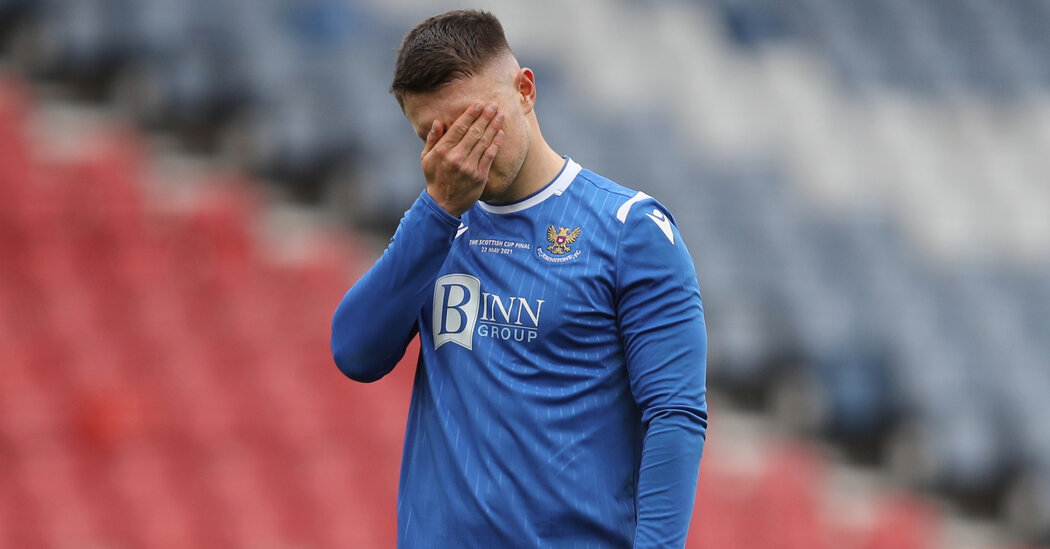 Juhani Ojala knew he would have to wait. Travel restrictions were still in place in Scotland when, in the middle of July, the Finnish defender agreed to join Motherwell, a club of modest means and sober ambitions in the country’s top division. Upon landing, Ojala knew, he would have to spend 10 days isolating in a hotel before joining his new teammates.

What he did not know was quite how long his wait would be after that. Even after he completed his compulsory isolation, Ojala was still not allowed to start preseason training. Legally, for another two weeks, he was not even permitted to kick a ball. The quarantine was one thing. The bureaucracy, it turned out, was quite another.

A year ago — indeed, at any point in the last two decades or so — Ojala’s move to the Scottish Premiership would have generated as little fuss as it did attention. Once Motherwell had agreed to a fee with his former club and to a contract with the player, it would have been a simple matter of “jumping on a plane and doing a medical,” Motherwell’s chief executive, Alan Burrows, said. “He would have been ready to play within 24 hours.”

All of that changed in January, when — four and a half years after the Brexit referendum — Britain formally, and finally, left the European Union. As of that moment, clubs in England, Scotland, Wales and Northern Ireland no longer had the untrammeled access to players from its 26 member states (a different set of rules apply to Ireland) they had enjoyed since the 1990s.

Instead, potential recruits to Britain from Europe — as well as the rest of the world — are now judged according to a points-based system that takes into account everything from their international career and the success of their club team to how much they are going to be paid. Access to Britain’s leagues is granted only to those players who can accrue 15 points or more.

For the cash-soaked teams of the Premier League, that change has meant little. There are occasional administrative delays — Manchester United had to wait several days for Raphaël Varane to be granted his work visa even after it had been approved — but the vast majority of potential recruits clear the new, higher bar with ease.

The effect, though, has been starkly different in Scotland. Unlike the Premier League, the Scottish Premiership is not one of Europe’s financial powerhouses. Its clubs do not habitually recruit decorated internationals, or pluck stars from one of the continent’s most glamorous leagues.

Instead, their budgets dictate that they must search for lesser-known names in smaller markets. That approach, many say, has been made immeasurably more complex by the Brexit rules. With the cost of hiring players from England spiraling, too, clubs and their executives are increasingly worried about what the future of Scottish soccer may look like.

“What we have seen, really, is that the markets are chalk and cheese, but we have a one-size-fits-all solution,” Motherwell’s Burrows said. “There is a premium on current international players that is outside the financial capabilities of most Scottish clubs.”

Britain’s biggest teams face no such hurdles. The current system grants an immediate work permit to any player who has featured in at least 70 percent of competitive games over the last two seasons for any one of soccer’s top 50 national teams. That means any player who has also been a regular for a successful club team in one of Europe’s better leagues is almost certain to be given a pass — or, to use the technical term, a Governing Body Endorsement. It is in these rich waters that clubs in the Premier League tend to do much of their fishing.

In Scotland, though, only the country’s two dominant clubs, Rangers and Celtic, can even dream of pursuing players of that quality. The rest of Scotland’s teams tend to shop for bargains, or at least for value, every time the transfer window opens. “It’s clear to me,” Motherwell’s Burrows said, “that we would struggle to get anyone we could afford to sign to 15 points.”

That was certainly the case with Ojala. To Burrows and his team, the defender represented something of a coup: not just a Finnish international, but a player who had on occasion captained his country; a veteran not only of the Danish league but with experience in Switzerland and Russia, too.

But when Motherwell tallied up how many points he was worth, he did not come close to the requirements.

“The Danish league is ranked in the fifth band of six by the Home Office,” Burrows said. “He got a couple of points there. We got a couple more for what his salary would be in relation to the league average. But his team had finished fourth from bottom in Denmark. It had not played in Europe. He had not played enough international games.” Ojala’s application, in the end, only mustered eight points.

This is where the bureaucracy came in. Clubs in Scotland, at the moment, have access to an appeal system. They can apply to the Scottish Football Association for an exemption, making an appointment to press their case as to why a player who has fallen short would still be a worthwhile signing.

That, though, is only the first step. If the authorities grant a Governing Body Endorsement on appeal, the player — assisted by the club — must then apply for a work visa: filling in an online form, followed by booking a biometrics appointment at a visa application center, run by a number of outside companies to whom the job has been outsourced by the British government. Only once that is complete is the player granted a visa, and the transfer signed off by the government.

Though the “largely faceless” process can be smooth, according to Stuart Baird, a partner at Centrefield Law, a firm that specializes in international sports law, clubs navigating it for the first time — increasingly the case post-Brexit — have not always found it straightforward.

“One of the problems is that a lot of clubs had not needed to use the Home Office sponsorship system, because previously it was only required for non-E.U. players,” he said. “Sometimes it can depend on the right people being available to help you to get the timely responses that clubs need.”

The concern for many clubs in Scotland is that the current system does not appear to take into account the type of player they can afford to sign. Many of the markets Scotland’s teams have access to — in Scandinavia and the Balkans, say — are ranked in the lower bands of the Home Office’s criteria, and few of their teams compete in the later stages of European competitions.

One head of recruitment at a Scottish Premiership team has, in his rare idle moments over the summer, developed a thought exercise to work out if a theoretical target might be able to accrue 15 points.

So far, even in his most fanciful scenario — signing an occasional international (no points) from the Czech league (Band 4, four points), who had featured regularly (four points) in his club’s unexpected run to the later stages of the Europa League (Band 2, four points) — he has not made the math work.

The lesson, to some, is straightforward: Clubs must learn to adapt to the new rules, to find recruits in places they have not always looked for them.

“If we operate like we have done previously, then that will take us nowhere,” said Ross Wilson, the technical director at Rangers. “Clubs will have to build strategies around the points system.”

Rangers, for example, has started to take greater interest in players in South America, realizing that while it might no longer find it easy to sign a player from a traditional market like Scandinavia, a regular Paraguayan or Venezuelan international might sail through the application process.

“The world is much smaller now,” Wilson said. “There is more data available, more advanced scouting systems, more intelligence. We can access far more markets than we could previously.”

Wilson said he did not believe cost should be a barrier to having a “solid infrastructure,” pointing out that clubs of all means can use third-party platforms like Wyscout and Scout7 to look for players, but the far greater resources that Rangers — and Celtic — can dedicate to scouting dwarf those of most of their competitors in the Scottish Premiership.

For those clubs, the future is troubling. Burrows has noticed Scottish teams “being squeezed at both ends.” Not only is it harder to identify players from abroad who meet the visa criteria, but clubs in England’s lower leagues are increasingly shying away from importing talent, too.

That has led to a “significant inflation in domestic salaries,” he said, pricing Scottish teams out of markets in the second, third or even fourth tier of English soccer. “It is simple supply and demand,” Burrows said. “Players are a kind of commodity, and those players have become infinitely more valuable.”

Worse still, this may just be the start. As things stand, the exemption system that eventually allowed Motherwell to sign Ojala this summer is set to be abolished at the end of the current transfer window. If the appeal mechanism is not retained, or the planned system is not changed, then many of Scotland’s clubs may find it all but impossible to import players.

“I’m hoping that in the next four or five months, between windows, we can find a solution that is not a 15 point-style system,” Burrows said. “If that remains the bar, the market will shrink beyond all recognition, and it is going to make life very difficult not just for Scottish clubs, but for teams in England, outside the Premier League.”