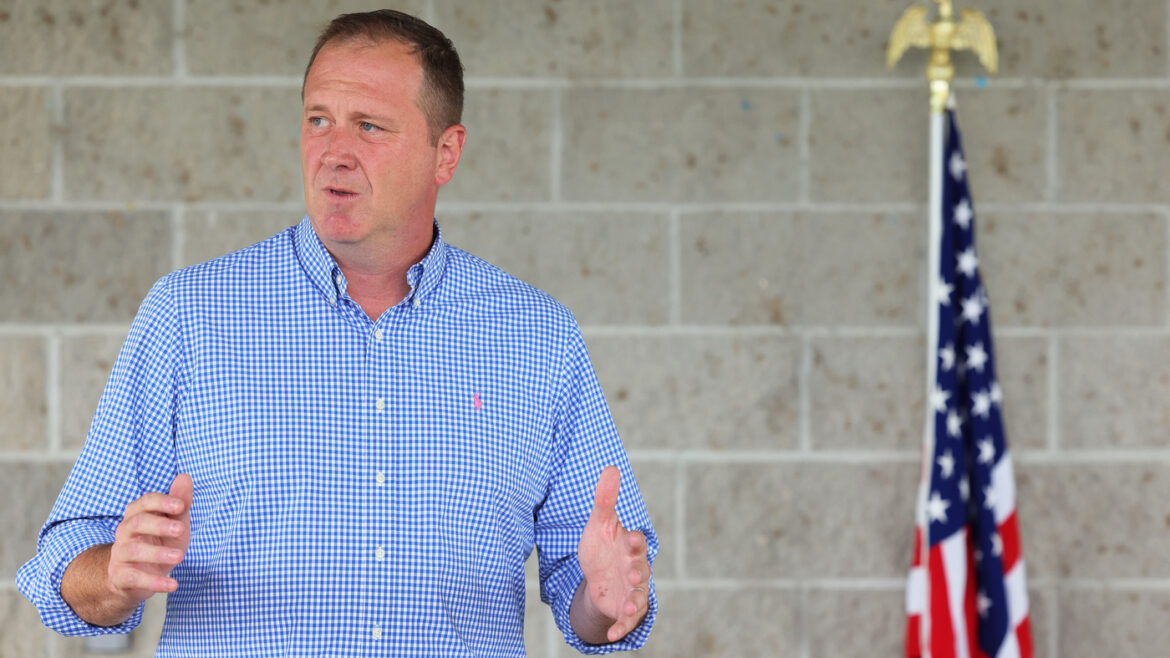 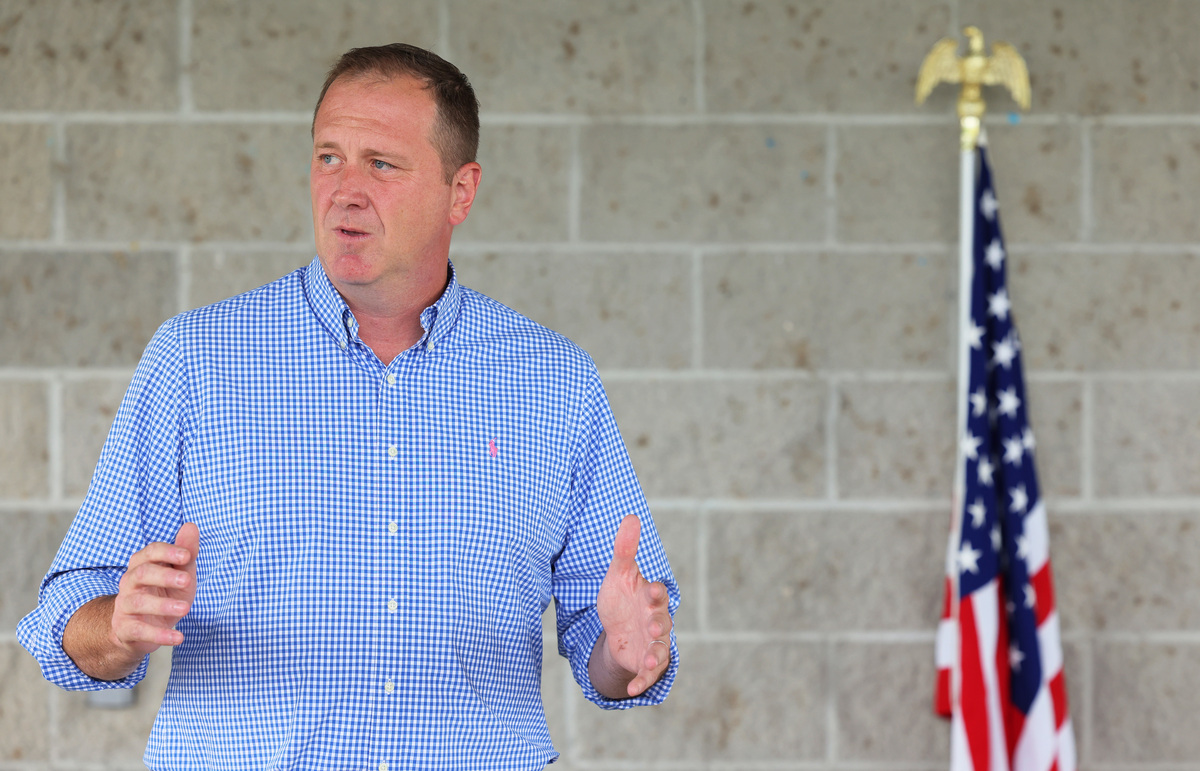 ST. LOUIS — Missouri Republicans picked Attorney General Eric Schmitt to advance in the state’s unpredictable U.S. Senate race, according to a call from The Associated Press, a move that seems likely to keep the seat out of reach for Democrats.

The St. Louis County native’s victory comes as a relief to many Republicans throughout the state, who were worried that a win by scandal-plagued former Gov. Eric Greitens would jeopardize what many see as a surefire GOP seat.

Schmitt emerged as the winner of the 21-person primary to succeed U.S. Sen. Roy Blunt, who is not running for reelection. He defeated five other major candidates in the race, including Greitens, Congresswoman Vicky Hartzler, attorney Mark McCloskey, Congressman Billy Long and Senate President Pro Tem Dave Schatz.

Before winning a full term as attorney general in 2020, Schmitt served as Missouri treasurer and as a state senator. He was appointed to succeed U.S. Sen. Josh Hawley after he vacated the attorney general’s office once he won his Senate race in 2018.

Schmitt attracted praise and criticism as attorney general for suing over President Biden’s agenda — and for going after school districts that implemented COVID-19 restrictions. He faced pushback during the primary from his adversaries who pointed out aspects of his state Senate record, including pushing for a cargo hub in St. Louis that would trade with China.

Schmitt largely ignored those attacks, and instead emphasized his record as attorney general as he campaigned throughout the state. He got a boost before the primary from Texas Sen. Ted Cruz, who headlined several well-attended rallies with Schmitt.

Former President Donald Trump on Monday took the unusual step of just endorsing “ERIC” in the Senate race, which for all intents and purposes meant he was backing Schmitt and Greitens.

Schmitt will likely face either Trudy Busch Valentine or Lucas Kunce in the general election. But Democrats will face a tough battle to prevail in a state that’s become increasingly Republican over the last few election cycles.

Republicans have a stranglehold over the state’s rural areas, as well as some fast-growing suburbs. 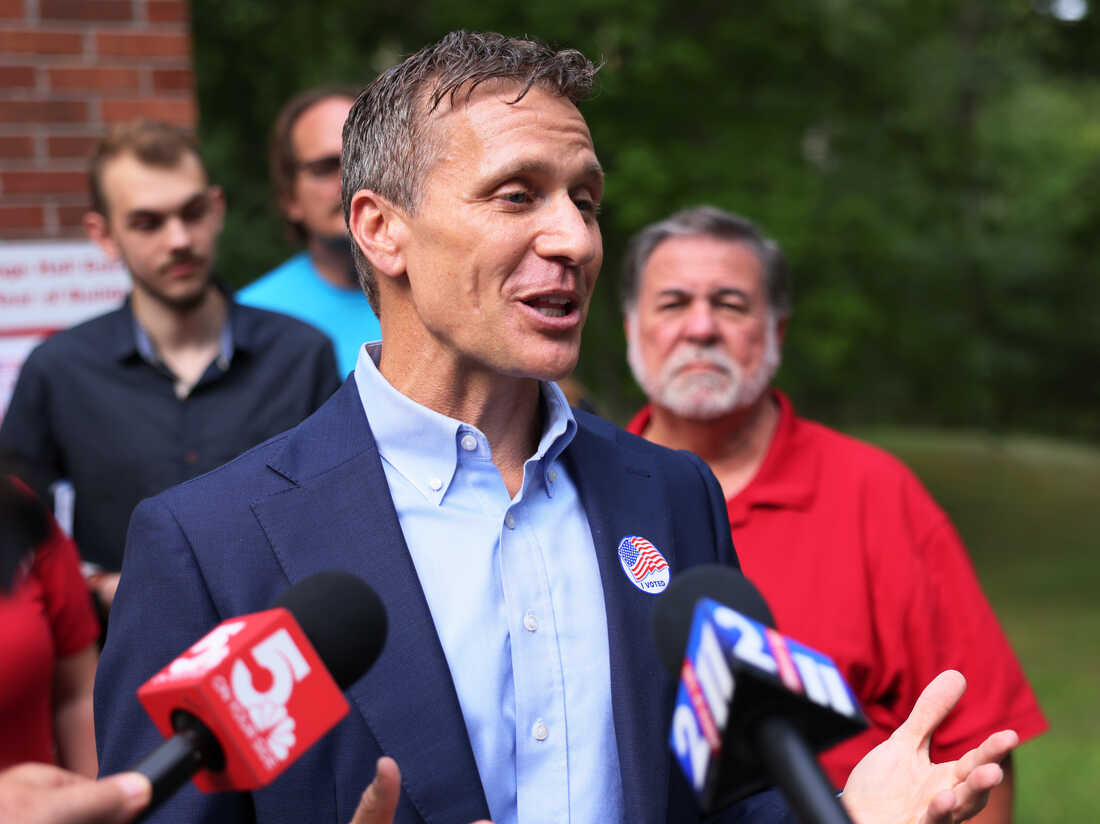 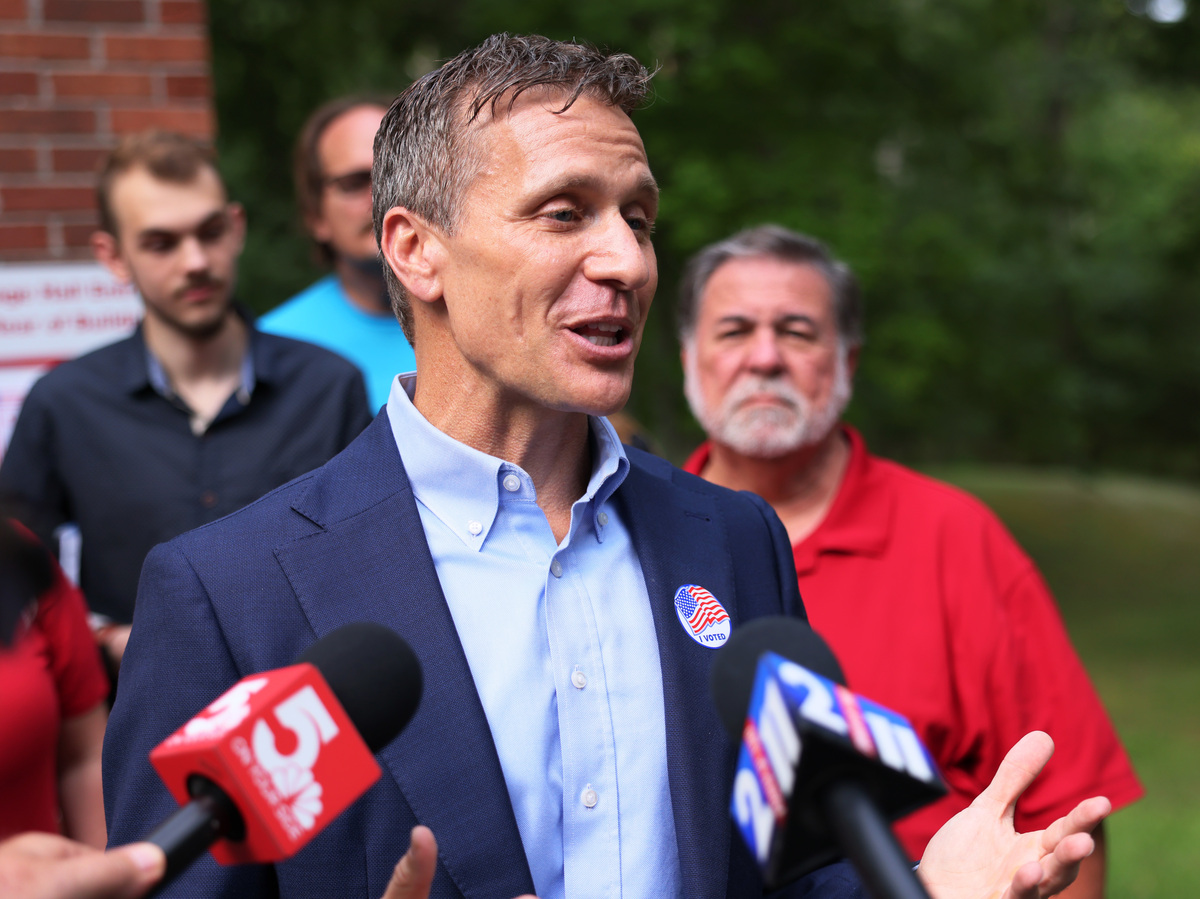 Schmitt’s victory will likely provide relief for Republicans who were fearful of a Greitens victory.

Greitens was at the top of most polls for the majority of the contest. But his standing began to collapse as he faced an avalanche of political action committee advertisements detailing abuse allegations from his ex-wife. Greitens denied that he ever physically abused his ex-wife, Sheena Grietens, or their son, but most observers felt the deluge of negativity eroded his support.

“I don’t think I’ve seen more destructive ads put out against a candidate,” said state Sen. Bill Eigel, who opposed Greitens’ candidacy. “And in this case, I’m one of the folks, and there’s many folks, who believe what she’s saying.”

Republicans feared Greitens would make a general election more competitive. In addition to the recent scandal, Greitens resigned in 2018 amid controversies around an extramarital affair and campaign finance woes. Greitens’ supporters contended that he was never in danger of losing a general election since the state is so Republican now, adding that his detractors didn’t want him to have a national platform.

With Greitens slipping in the polls, Schmitt spent most of his time attacking Hartzler — who had the backing of Hawley and a slew of agricultural groups. But even though she ran a disciplined and well-funded campaign, she was badly damaged when Trump refused to endorse her.

Hartzler continued to barnstorm the state, including making several stops with Hawley, but it wasn’t enough to stop Schmitt from winning.

In addition to Schmitt’s Democratic opponent, John Wood, a former U.S. attorney, is slated to run as an independent — and could have access to millions of dollars thanks to his connection to former U.S. Sen. John Danforth. While independent candidates have rarely made an impact in Missouri statewide contests, Wood is hoping to buck that trend.