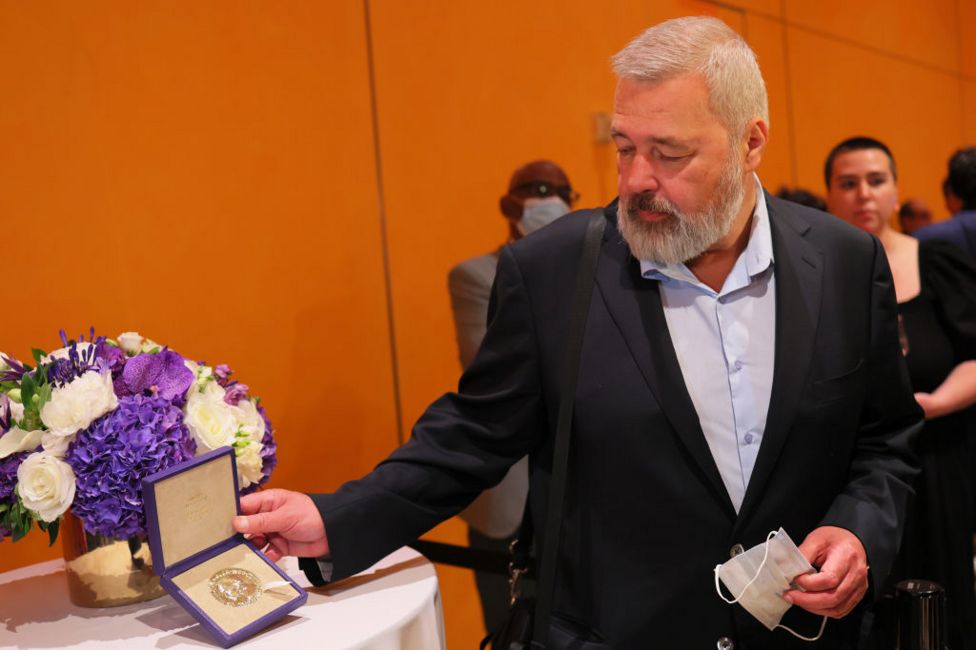 Dmitry Muratov said all the money from sale will go to help refugees from the war in Ukraine.

Muratov was co-awarded the peace prize in 2021 for defending freedom of expression in Russia.

Novaya Gazeta suspended its operations in March, shortly after Russia’s invasion of Ukraine.

This came after Moscow said anyone who described Russia’s actions in Ukraine as a “war” would face heavy fines or closures. The Kremlin calls the conflict a “special military operation”.

Heritage Auctions, which conducted the sale, has not revealed who the winning bidder was.

Since 2000, six journalists from the newspaper and collaborators have been killed in connection with their work, including investigative reporter Anna Politkovskaya.

The sale of the gold medal in New York will benefit Unicef’s humanitarian response for Ukraine’s displaced children, Heritage Auctions said in a statement.

“The most important message today is for people to understand that there’s a war going on and we need to help people who are suffering the most,” Muratov said in a video released by Heritage Auctions.

He won the Nobel Peace Prize last year along with journalist Maria Ressa who co-founded the online news site Rappler in the Philippines.

Ressa and Muratov are both known for publishing investigations that have angered the leaders of their countries, and have become symbols of the fight for press freedom.