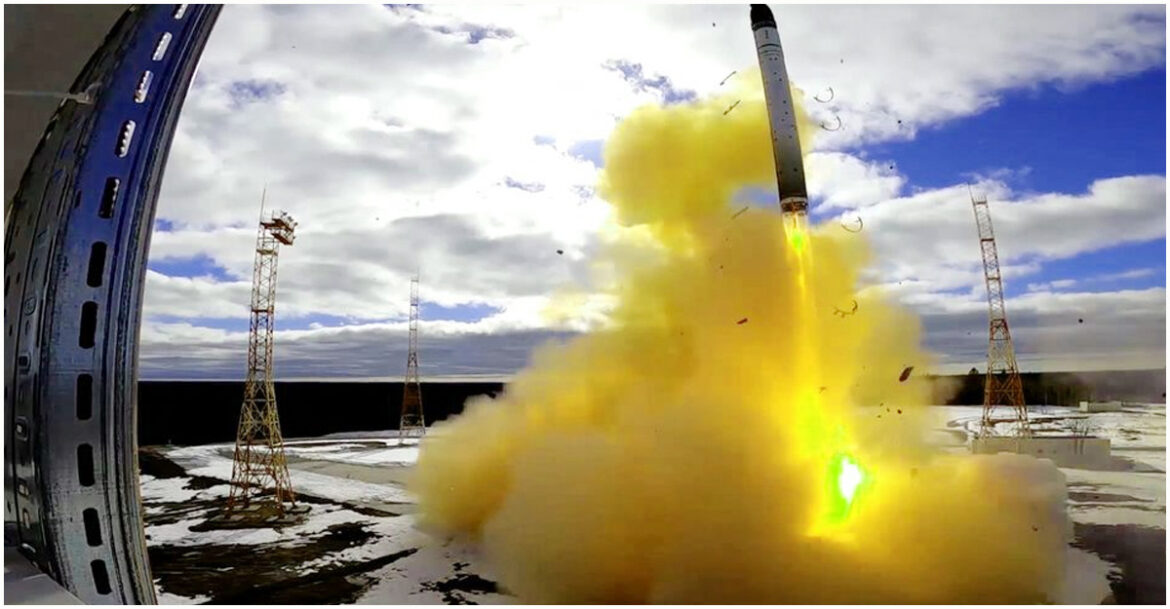 Russia plans to deploy the newly-tested Intercontinental Ballistic Missile (ICBM) ‘Sarmat’, capable of carrying out a nuclear attack on any target in the world, including the United States, by evading all modern defenses. The missiles will be deployed by next autumn, a country official said on Saturday.

Dmitry Rogozin, head of the Russian space agency Roscosmos, described the new missile as “ambitious”. Russia last Wednesday test-fired the missile for the first time . Western military experts say more is needed about the missile before it can be deployed.

Russia’s new heavy intercontinental ballistic missile Sarmat is capable of carrying 10 or more warheads simultaneously. Russia has continued to build these weapons for the past few years. Sarmat is capable of hitting the United States or Europe thousands of miles away from Russia.

Russia successfully test-fired the missile last week for the first time last week after a long delay due to funding crunch and technical problems. Russia’s military might has been demonstrated at a time when Russia is at loggerheads with the United States and its allies over the Ukraine war.

Since the start of the February 24 invasion of Ukraine at the behest of Russian President Vladimir Putin, Western concerns about the risk of nuclear war have grown. In a speech before the start of the war in Ukraine, President Vladimir Putin hinted at Moscow’s nuclear capability and warned that any attempt by Russia to halt the operation would “lead the world to a never-before-seen event in its history.”

Last month, UN Secretary-General Antonio Guterres said the risk of nuclear conflict was once unthinkable, but now it is back in the realm of possibility.