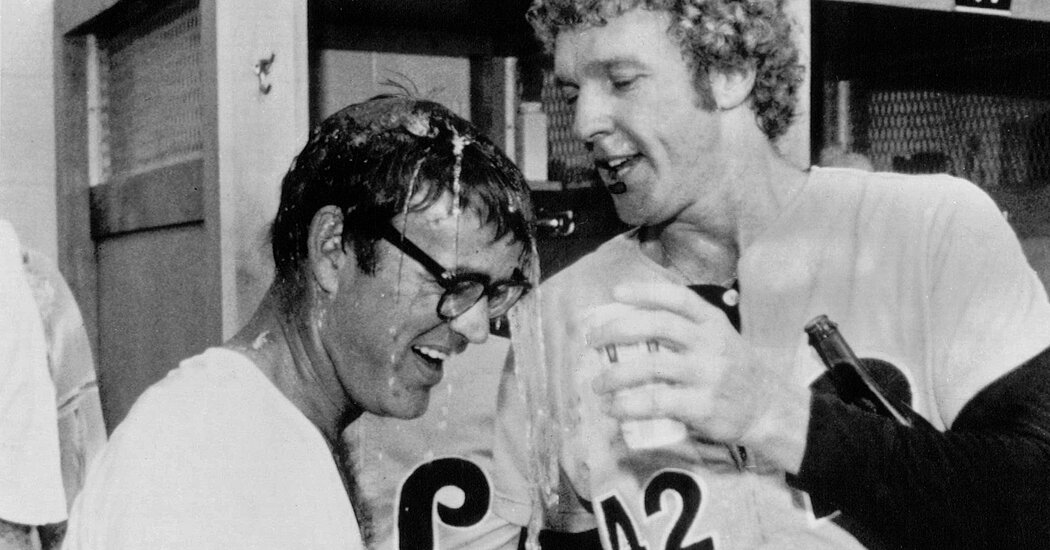 Ruly Carpenter, the third-generation owner of the Philadelphia Phillies, who in 1981 sold the team a year after they won their first World Series, saying he was troubled by the rising cost of player salaries, died on Monday at his home in Montchanin, Del., near Wilmington He was 81.

His wife, Stephanie (Conklin) Carpenter, confirmed the death but did not cite a cause.

Mr. Carpenter, whose grandfather acquired the Phillies in 1943, took over the team from his father in 1972 and helped build it into a contender with players like the third baseman Mike Schmidt and the pitcher Steve Carlton, both future Hall of Famers, as well as Greg Luzinski, Larry Bowa, Garry Maddox and Pete Rose, who signed with the Phillies as a free agent in 1979 after 16 seasons with the Cincinnati Reds.

But although the Phillies finished first in their division in 1976, 1977 and 1978, they lost the National League Championship Series in each of those years. Then, in 1980, they beat the Houston Astros in the N.L.C.S. and defeated the Kansas City Royals in the World Series in six games.

“Marvin Miller didn’t force the owners to pay these ridiculous salaries,” he said, referring to the executive director of the players’ union. “We owners did it. I did it. We hoped that common sense would prevail. But it didn’t.”

Mr. Carpenter said he had been incensed by the Atlanta Braves’ signing of Claudell Washington, a good but not great outfielder, to a five-year contract worth $700,000 annually (about $2.2 million in today’s dollars) in late 1980.

“What did I think?” he said in an interview with The New York Times at the time. “You couldn’t print what I thought.”

In late October 1981, he sold the team for $30.175 million to a group led by one of his executives, Bill Giles, whose wealthy partners included Taft Broadcasting. Mr. Carpenter said he believed he would have had to bring in investors to afford the increasing cost of his players’ salaries.

“I just never liked the idea of having to contact three or four other partners if there was a big financial decision that had to be reached,” he told The Philadelphia Daily News in 2008. “And in 1981, I just looked at where baseball was and said, ‘Boy, this is never going to change.’”

Robert Ruliph Morgan Carpenter III was born on June 10, 1940, in Wilmington and grew up in Montchanin. His father, Robert Jr., ran the Phillies for nearly 30 years, and his mother, Mary Kaye (Phelps) Carpenter, helped start a school for intellectually challenged students and owned a shoe store. His grandfather, also nicknamed Ruly, was an executive at DuPont.

Young Ruly attended spring training in Florida with the Phillies; was, he later recalled, “the owner’s bratty little son.” He was 10 in 1950 when the Phillies — a youthful team known as the “Whiz Kids” — were swept by the Yankees in the World Series.

“I remember going to Connie Mack Stadium and Joe DiMaggio hit a home run off Robin Roberts that went up on the roof in left field,” he said in a 2013 interview for the website of the Tower Hill School, the private school in Wilmington that he attended.

He played baseball and football at Tower Hill and, in 1962, graduated from Yale University, where he was captain of the baseball team and played on the football team.

He began working for the Phillies in 1963, first in the treasurer’s office and then in the minor-league system, where he met Paul Owens, a scout. Impressed by Mr. Owens’s ability to evaluate players, he recommended that his father elevate him to farm-team director.

Working together to improve the Phillies, Mr. Carpenter recalled, he and Mr. Owens reviewed the work of their scouts, firing those who had signed players who were not productive. They drafted Luzinski in 1968 and Schmidt in 1971. The next year, Mr. Owens was named general manager, and Mr. Carpenter took control of the Phillies, replacing his father as team president.

“He would treat you the same if you were a superstar or the 25th guy on the team,” Larry Bowa, who was also a Phillies coach, said by phone. “He loved baseball, but he would drop hints every now and then that he thought free agency would get out of hand. He’d say he didn’t know how long he’d keep doing this.”

Mr. Carpenter sold the team in 1981, a few months after the end of a midseason players’ strike that lasted 50 days, the primary issue of which was the compensation a team would receive when it lost a player to free agency. He called the strike “a tragedy and a disaster.”

After he left the Phillies, Mr. Carpenter served on the boards of Tower Hill and the University of Delaware and was a volunteer assistant baseball coach at Tower Hill.

In addition to his wife, he is survived by his sons, Robert IV and David; a daughter, Lucinda Carpenter; a sister, Mary Kaye Murray; a brother, Keith; and seven grandchildren.

Stephanie Carpenter said in a phone interview that her husband, in his post-Phillie years, missed the thrill of watching young talent develop but did not miss the economics of baseball. She pointed out that the salary of the Phillies superstar Bryce Harper ($26 million) is almost what her husband received when he sold the team.