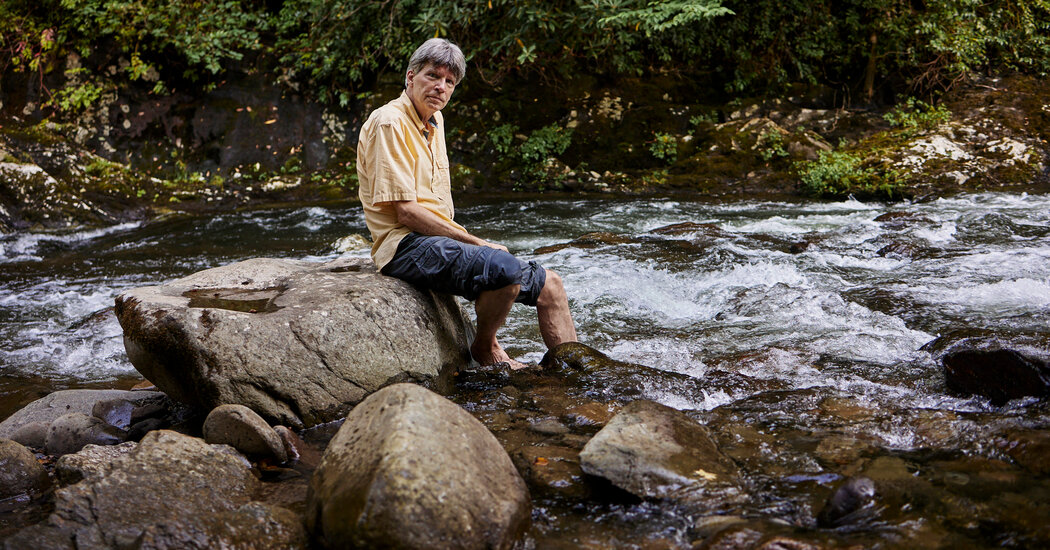 During a visit to the Museum of Fine Arts one weekend, he saw a 1914 photograph of farm boys in Germany, and started thinking about the birth of the machine age. Inspired by the figures in the photo, he quit his programming job and started writing his 1985 debut, “Three Farmers on Their Way to a Dance.” It was nominated for a National Book Critics Circle Award, the first in a river of accolades, including a MacArthur “genius” grant and a National Book Award.

For much of his career, Powers has used fiction to probe humanity’s relationship to technology, and how our creativity and ingenuity has come to define and ensnare us. He’s been labeled “our pre-eminent novelist of ideas,” “our greatest living novelist” and “the best novelist you’ve never heard of.” In his books “The Gold Bug Variations,” “Galatea 2.2,” “Plowing the Dark” and “Orfeo,” he wrote with precision about molecular DNA, artificial intelligence, virtual reality and gene editing, but more fundamentally, he seemed to be questioning what makes us human, and how transmutable those qualities are.

In retrospect, Powers feels all his novels were building toward “The Overstory,” which he was inspired to write after he saw a redwood while hiking in Northern California. “When you stand in front of a living thing that’s as wide as a house and as tall as a football field is long and almost two millennia old, and it’s still working on its plan,” he said, “you just start saying, I’ve missed something obvious here.”

Before he wrote the novel, he “couldn’t tell a poplar from a maple,” he said, but he read more than 120 books about trees and learned to identify dozens of species. After its publication and rapturous reception, Powers came to be regarded as not just a literary star but as a soft-spoken eco-warrior and environmental prophet.

“For the first time that I could think of in non-children’s literature, a tree was a character in the deepest, fullest sense,” said the environmentalist and author Bill McKibben. “It’s so rare to have something that we think of normally as inanimate animated in such a spectacular way.”