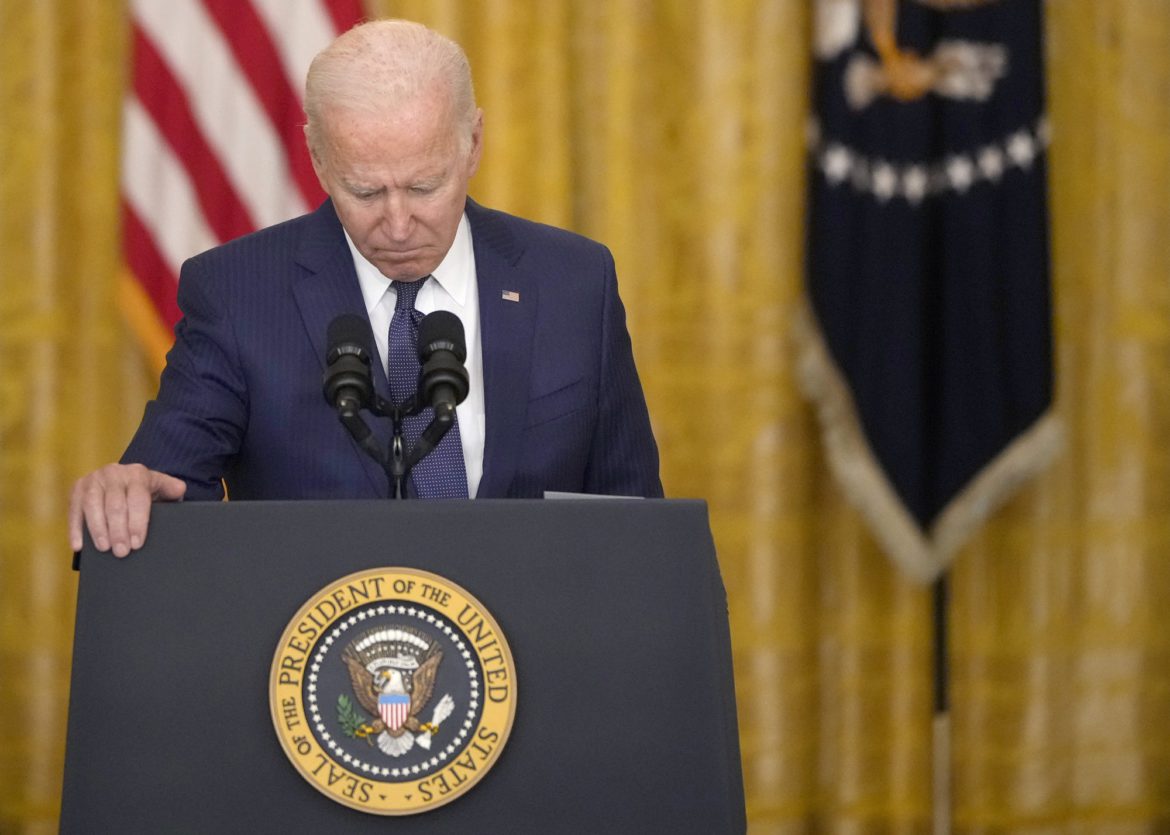 WASHINGTON — Thursday was an awful day not only for Joe Biden’s young presidency, but also for the entire United States, as well as those living Afghanistan.

Thirteen U.S. service members and at least 95 Afghans were killed in an ISIS-K terrorist attack amid the U.S. evacuation efforts from Kabul. It wasn’t too long ago when, after a devastating attack, the United States united around its president, grieved, vowed retribution and saved the political finger-pointing for later.

But that didn’t happen Thursday.

Sen. Josh Hawley, R-Mo., blamed the deaths on “Joe Biden’s catastrophic failure of leadership. It is now painfully clear he has neither the will nor the capacity to lead. He must resign.”

All before we even have a final death toll from what happened in Afghanistan.

It only served to polarize an already polarized country; it cheapened the legitimate criticism that Biden has gotten (and will continue to get) for his handling of the U.S. withdrawal; and it’s not serious at all.

Your First Read authors have long memories of the tragic events in Beirut (where more than 200 U.S. soldiers were killed), Niger (where four U.S. special forces were killed) and, of course, 9/11 — all under Republican presidents, mind you.

And we never saw this kind of one-sided political outrage before the dead had been buried. (Can anyone imagine Walter Mondale, John Glenn or Alan Cranston calling to invoke the 25th amendment on Reagan after Beirut?)

Thursday was a tragic day. And there’s a legitimate debate to be had about Biden’s handling of Afghanistan.

Yet the reaction we saw from some GOP politicians was outrageous.

Data Download: The numbers you need to know today

At least 95: The number of Afghans who were killed in the attack.

12,500: The approximate number of evacuations from Kabul on Thursday, according to the Biden administration.

7: The number of Capitol Police officers suing former President Trump and others claiming they encouraged violence in the attack on the Capitol.

38,579,485: The number of confirmed cases of coronavirus in the United States, per the most recent data from NBC News and health officials. (That’s 185,553 since yesterday morning.)

638,404: The number of deaths in the United States from the virus so far, per the most recent data from NBC News. (That’s 2,183 since yesterday morning).

51.9 percent: The share of all Americans who are fully vaccinated, per the CDC.

62.8 percent: The share of all American adults at least 18 years of age who are fully vaccinated, per CDC.

ICYMI: What else is happening in the world

Politico reports that the U.S. has provided the Taliban with a list of people authorized to enter the area around the Kabul airport, a move that’s sparked criticism from those who think it puts people at risk.

The Supreme Court blocked the Centers for Disease Control and Prevention from enforcing the federal moratorium on evicting renters during the coronavirus pandemic.

Justice Stephen Breyer discussed his thought process on a possible retirement, and lamented the partisan framing of the Supreme Court in a new interview with the New York Times.

The Texas House advanced the GOP-led elections bill, which Democrats spent weeks boycotting the House floor to stall, after a tense debate.

The CEO of Time’s Up is resigning amid fallout from the investigation into former Gov. Andrew Cuomo.

The Virginia GOP is suing to try to remove former Democratic Gov. Terry McAuliffe from the governor’s ballot this fall over failure to sign his declaration of candidacy. McAuliffe’s campaign is calling it a stunt.