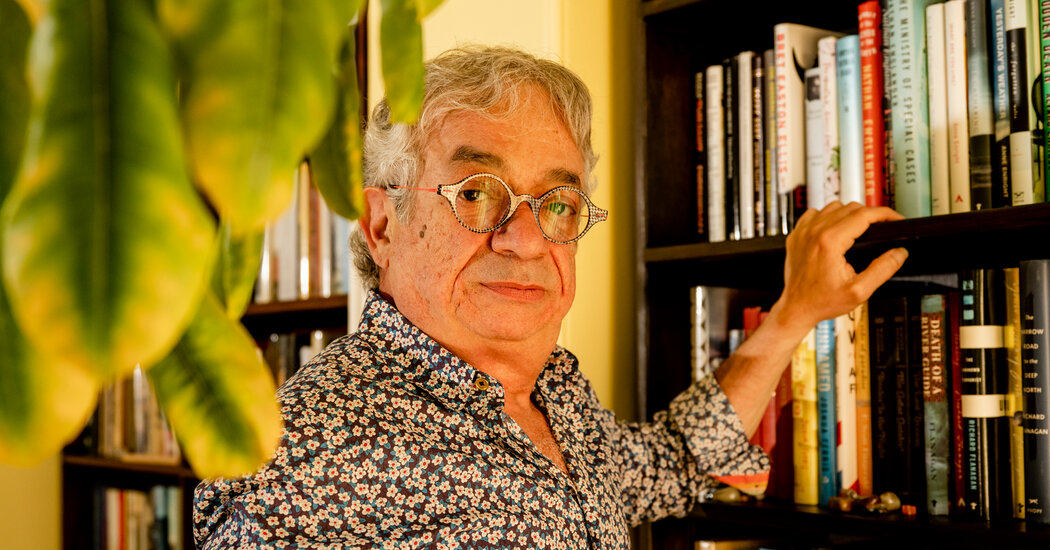 But he doesn’t vanish from the story. An unnamed author scuttles along the margins of the novel, and his inability to write about his volunteer work on Lesbos or to comprehend the crisis is a running theme. (At one point, the author, so overwhelmed by what he’s seen on the island, locks himself in his hotel room and blares Mahler.)

Mina herself pokes fun at the writer character. “You once wrote that you felt embarrassed when critics and reviewers classified your work as immigrant literature,” Mina says. “You joked that the worst immigration trauma you had endured was when your flight from Heathrow was delayed.”

According to Alameddine, that Mina is trans isn’t incidental, since “she has had to kill off and bury her past on more than one occasion.” At the same time, Susan Stryker, a transgender scholar and a friend of Alameddine’s, said it was refreshing to encounter trans characters whose gender identity isn’t their overriding story line.

“Trans people transition gender at some point — duh. It’s one thing we do, but it’s not all we do,” Stryker said. And seeing characters like Mina in this setting — doing deeply moral, humanitarian work — rejects a stereotype of trans people as “evil deceivers and make-believers,” she said.

In some ways, Alameddine said, writing the refugee characters was the easiest part. Mina has an especially close relationship with one family, headed by a woman with advanced liver disease. But dozens of migrants cycle through the novel, from a gay Iraqi couple puzzled by the Syrian families processed before them, to a gaggle of children who charm volunteers into buying an unholy number of chocolate bars.

One chapter, titled “How to Make Liberace Jealous,” was inspired by the dwelling of a woman Alameddine met in Lebanon. She had painstakingly decorated her pantry with sequins, with results “so over the top that many a drag queen would kill for it.”

“You wondered what kind of person would think it was a good idea to donate thousands of sequins to Syrian refugees who had nothing left, whose entire lives had been extirpated. Bright, shiny, gaudy, useless sequins?” Mina thinks. “A fabulous one, of course, a lovely, most wonderful human being.”