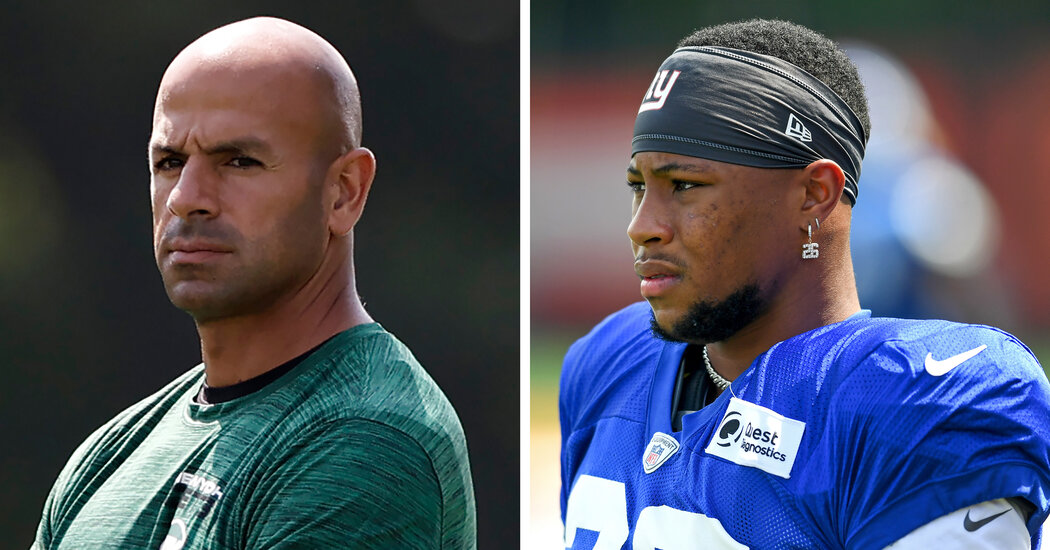 “Hopefully for him, it’ll come later than sooner,” said Tannenbaum, who now works for ESPN. “I felt like I was on a honeymoon for 8 to 10 minutes. I was born and bred here, but it’s not for everybody.”

On Sunday, Saleh and the Jets will start their attempt to not finish in last place, facing the Panthers in North Carolina. Despite the organizational changes, the biggest roadblock to changing their standing is sharing the A.F.C. East with the Buffalo Bills, Miami Dolphins and New England Patriots. That’s why Frank Tummino, a lifelong Jets fan, said he can get only so excited. Every September, he gets his hopes up, only to have them dashed by December (or earlier). In a sign of what amounts for optimism in Jets Nation, he expects his team to win six games.

The Giants have had a less linear approach to climbing out of their doldrums. After starting the 2020 season on a five-game losing streak, during which running back Saquon Barkley tore the anterior cruciate ligament in his right knee, they won five of their next seven to somersault into contention. That was before bumbling away a playoff berth down the stretch. Jones, in particular, took a step backward in his second year as a pro without a true No. 1 receiver and while missing an elite rushing threat.

In his pursuit of a contract extension this season, Jones will have more options. The Giants signed the former Lions receiver Kenny Golladay, who led the league in receiving touchdowns in 2019, and drafted wide receiver Kadarius Toney. The Giants also signed Kyle Rudolph to platoon with Evan Engram at tight end.

With so many areas for improvement, the question remains what benchmarks the Giants will be using to gauge his progress.

“I’ll be curious what the team’s definition of ‘blossom’ is going to be,” Gera said. Will the Giants need to return to the playoffs for faith in Jones to be justified?