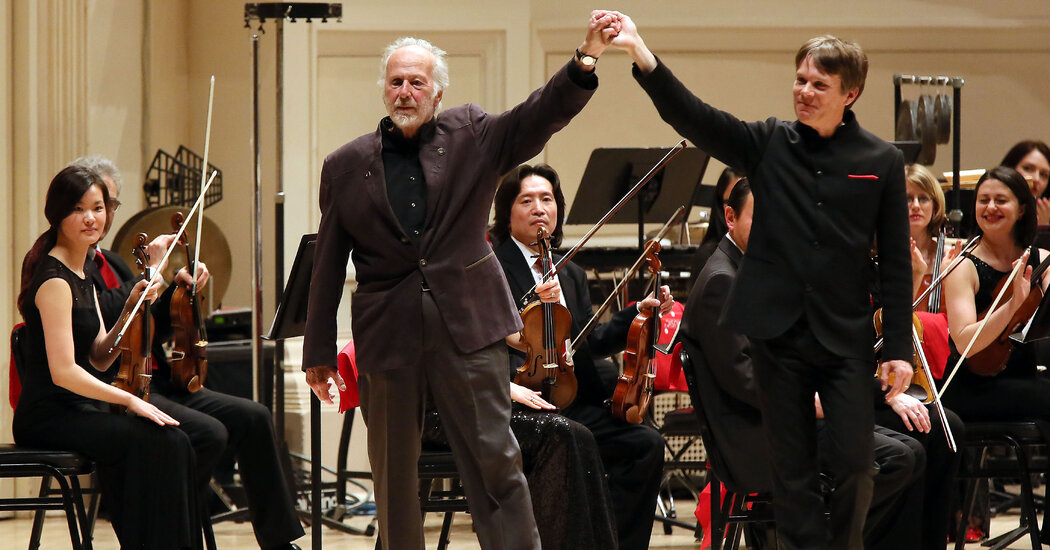 On his return to Toronto, Mr. Schafer in 1962 co-founded the innovative concert series Ten Centuries, which presented new and rarely heard music.

As his career picked up, he answered requests for new works with irreverence, composing “Son of Heldenleben,” a parodic riff on the tone poem by Richard Strauss, and “No Longer Than Ten (10) Minutes,” in which an orchestra tunes up, a conductor walks on and offstage, and the players crescendo each time the audience tries to applaud. His 1966 “Requiems for the Party-Girl,” written for the mezzo-soprano Phyllis Mailing, is a darkly virtuosic monodrama in which a woman sings of her impending suicide.

Mr. Schafer began his research on soundscapes after joining the faculty at Simon Fraser University in 1965. He also invented a radical approach to teaching, calling it “creative music education.” In a series of influential booklets, he provided exercises to encourage children’s creativity, asking them to “bring an interesting sound to school” or hum along with a tune that they had heard on a street corner.

Alongside the mythic theater of “Patria,” Mr. Schafer composed more conventional scores, among them 13 string quartets and “Letters from Mignon,” a neo-Romantic song setting of love letters written to him by Ms. James. His genre-spanning oratorio “Apocalypsis” was first performed with a cast of more than 500 in 1980; it received a triumphant, career-capping revival at the Luminato Festival in Toronto in 2015.

In a 2009 short film directed by David New, Mr. Schafer offers philosophical musings on listening amid the snowy soundscape outside his home, a remote farmhouse in the Indian River area in southern Ontario.