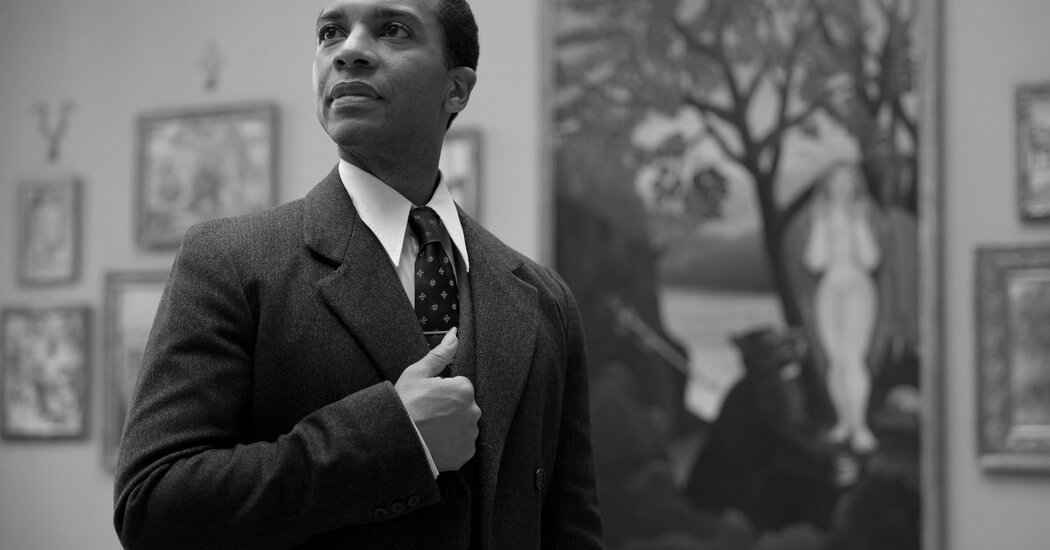 PHILADELPHIA — Dazzled by the iconic Cézanne, Matisse and Seurat paintings, most visitors to the Barnes Foundation overlook the African sculptures. Yet to Albert C. Barnes, who founded the collection, they were central. He started acquiring African sculpture in 1922, the year he set up the foundation, because it had inspired Picasso, Modigliani and many other artists in France he supported. “When the Foundation opens, Negro art will have a place among the great art manifestations of all times,” he wrote to his Parisian dealer in 1923.

Barnes thought an appreciation of African masterpieces would also advance the cause he fervently promoted alongside modern art: the advancement of African Americans in society. Testifying to his commitment, African sculpture was the subject of the first book published by the foundation, and the entrance of the original museum in Merion, a suburb of Philadelphia, featured tile and terra cotta designs modeled on African pieces in the collection.

But the patronage of Black art by a white millionaire is complicated, then as now. The acquisition of cultural artifacts from a society that is subjugated or impoverished raises ethical questions. And once African sculpture is taken out of the context in which it functioned, what role does it play? And whose interests does it serve?

With a commission by the Barnes for the foundation’s centenary, the Black English artist Isaac Julien created a five-screen black-and-white film installation, “Once Again …(Statues Never Die),” that looks at the place of African art in the Barnes and other Western museums.

In two adjacent galleries, he complemented the film with a sculpture show that features eight African art pieces moved from their usual perches upstairs at the Barnes, accompanied by three bronzes of African-American subjects by Richmond Barthé (1901-1989), a prominent artist of the Harlem Renaissance, and five contemporary works, by Matthew Angelo Harrison, of cutup African tourist-trade sculptures embalmed in polyurethane resin and encased in aluminum-framed vitrines.

The protagonist of Julien’s film is Alain Locke, an African American writer, critic and teacher who is credited as the intellectual father of the Harlem Renaissance. Through Barnes, Locke had his first significant exposure to masterpieces of African sculpture. Locke in turn gave Barnes access to Black writers and artists. Julien explores the real-life working relationship — both collaborative and antagonistic — between these strong-willed men. Each educated yet mistrusted the other. In a personal sense, their exchanges encapsulated the sensitivities and inequities that surround the adoption of Black African art by the prevailing white culture, and the struggle by Black Americans to claim and use that heritage as their own.

“I’m calling this the poetics of restitution, which is something I’m trying to explore in the work,” Julien said in a telephone interview from London. “The debates that we’re having today that seem contemporaneous were happening 50 years ago, if not before. I think that’s really interesting.”

In ways that won’t be apparent to most audiences, “Once Again …(Statues Never Die)” is a quasi-sequel to two films: “Statues Also Die,” a 1953 short by Chris Marker and Alain Resnais, which ruminates on the removal of African art to Western museums by imperialists who degraded the cultures and people they colonized; and Julien’s breakthrough movie, “Looking for Langston,” of 1989, which he calls a “meditation” on the ambiguously queer identity of the poet Langston Hughes. Locke, who was discreetly but unmistakably gay, romantically pursued the youthful Hughes. In “Once Again …(Statues Never Die),” Julien incorporates footage of Harlem gay balls that he staged for “Looking for Langston,” as well as a musical setting he used earlier of Hughes’s famous line, “What happens to a dream deferred?”

In “Once Again …(Statues Never Die),” Julien, a queer Black artist, looks with sensitive curiosity at Locke’s friendship, sporadically sexual, with the younger African American sculptor Barthé. The film incorporates bits of archival footage but relies primarily on staged scenes by actors playing Locke, Barthé and Barnes. The recreations are often very precise, as when, mirroring filmed documentation of Locke and Barthé, the actors replicate their original positions and expressions as they smilingly examine Barthé’s art.

One of Barthé’s major works, “Male Torso,” is a nude that diverges from the Greco-Roman ideal in search of an alternative Black prototype. It was, Jeffrey C. Stewart writes in his authoritative biography of Locke, “The New Negro,” “a sculpture that visualized a new Black masculinity” that was “leaner, slenderer, svelte” and “an icon of Black homosexual desire.” The naked model in the movie conforms uncannily to the sculpture. (Julien confirmed that he had done “body casting” to find him.)

But in a half-hour film, the question of what it was like for a Black gay man such as Locke to live in America in the first half of the 20th century meshes awkwardly with the issues that surround the displacement of African art into Western museums. “Once Again …(Statues Never Die)” intercuts re-enacted scenes of Locke with a fictional character that Julien describes as his “second protagonist,” a tall African female curator who first appears in a scene shot at the Pitt Rivers anthropological and archaeological museum at Oxford, where she testifies to the wounds suffered by civilizations stripped of their cultural treasures.

Toward the end of the film, historical photos of the 1897 British raiding expedition that destroyed Benin City in what is now Nigeria and brought a trove of bronze-and-brass masterpieces to the British Museum, are accompanied by excerpts from the diary of the expedition’s chief of staff. Julien also includes footage from “You Hide Me,” a 1970 documentary shot in the basement of the British Museum in 1970 by the Ghanaian filmmaker Nii Kwate Owoo, which follows a young Black man and woman as they unpack African artifacts stored in crates.

These scenes amplify Julien’s theme of the unquiet journey of African art into Western domains, whereas a re-enactment of Locke lovingly gazing upon Barthé as he sleeps feels like an outtake from “Waiting for Langston.”

In the interview, Julien chided Barnes for limiting his support of Black art to the work of African civilizations and not collecting the output of his own African American contemporaries. (Barnes did, however, purchase and display the paintings of Horace Pippin.)

“Someone like Barnes was not interested in Richmond Barthé’s sculptures, they are not in his collection, but they were of great interest to Alain Locke,” Julien said. “Why are people not familiar with Richmond Barthé’s works? He did not make many works, but he was an important African American artist. There’s a sense of the sensuousness of Richmond Barthé’s sculpture. The reason they are disavowed, could it be their resonating in the manner of something that was questionable?” Even today, Julien said, homoeroticism is a delicate subject for many African American art historians.

But Barnes ignored Barthé for other reasons. Barnes favored cutting-edge modernism; neither a folk artist nor a Cubist, Barthé was closer in style to Rodin than to Jacques Lipchitz, Alexander Archipenko and the other sculptors Barnes collected. But for Locke, the chief importance of African art was its power to invigorate the flowering of Black consciousness in the present. That important distinction can get lost in the torrent of ancillary material in Julien’s film.

Unlike the British raiders in Benin, Barnes did not burn a city to obtain his sculptures. Still, his admiring acquisition of African art that was pried from the society that nourished it continued a process that began with the shipments of the Benin Bronzes to the British Museum at the end of the 19th century. Raising these issues in an evocative film, Julien’s installation puts a spotlight on the Barnes’s estimable trove of African art — and on the long shadows that it casts.