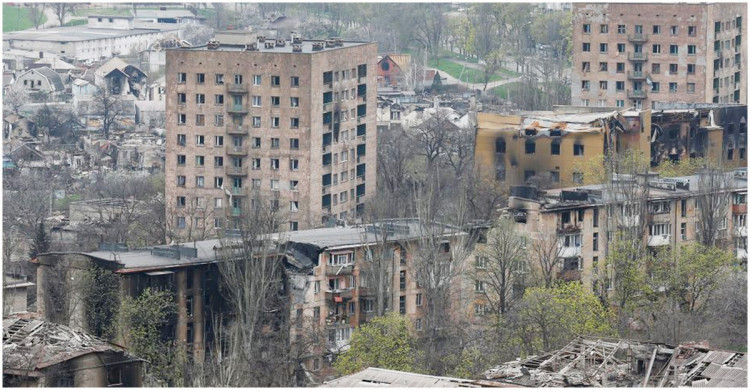 Russian President Vladimir Putin has claimed that the war-torn Ukrainian city of Mariupol has been successfully liberated. He praised the Russian troops for taking control of the city. At the same time, he ordered a blockade instead of an operation as more than 2,000 Ukrainian troops were trapped in a steel factory in the port city.

The French news agency AFP reported on Thursday. The Ukrainian government says four buses carrying civilians have been blocked and left the destroyed port city of Mariupol. However, Ukrainian troops are still fighting to retain control of the city.

In a post on social media, Ukrainian Deputy Prime Minister Irina Vereshchuk said four buses carrying civilians had left the city yesterday using humanitarian corridors. The evacuation of women, children and the elderly will continue on Thursday, he said.

The Deputy Prime Minister of Ukraine said that the security situation in Mariupol is very difficult. However, the situation may change. After nearly two months of devastating fighting, the battle of Mariupol is now in its final stages. Large numbers of civilians are trapped in the city and many have died.