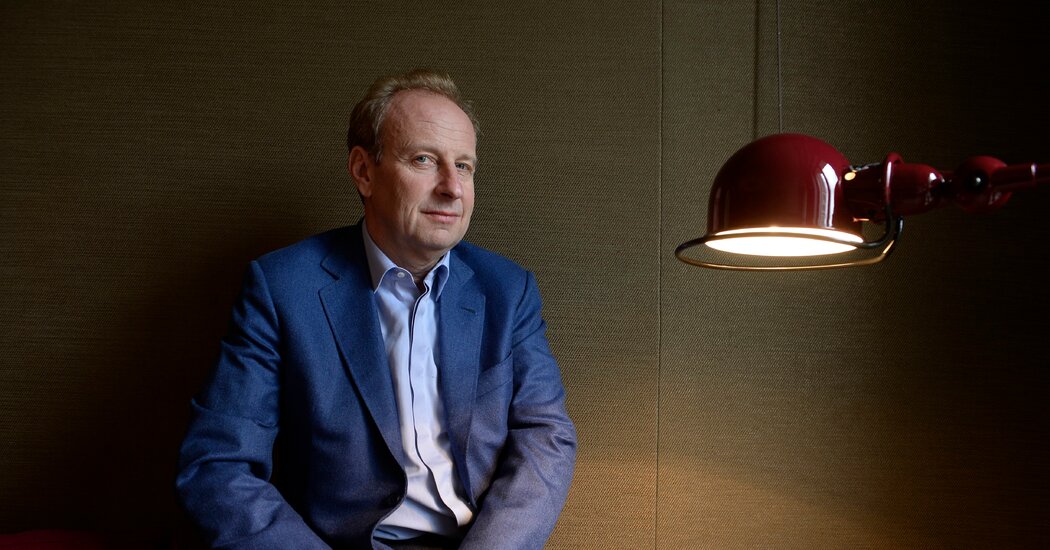 The Geneva public prosecutor’s office has dropped its criminal investigation of Yves Bouvier, a Swiss businessman who has been embroiled in a long-running battle with a Russian billionaire and art collector over the acquisition of $2 billion of artworks.

It was the last outstanding criminal case initiated by the collector, Dmitry E. Rybolovlev, in his dispute with Mr. Bouvier in what has been one of the art world’s longest and most bitter entanglements — which has been fought in legal jurisdictions around the world including Singapore, Paris, Monaco and Geneva.

The prosecutor ruled that there was insufficient evidence to proceed with the charges, ending all current criminal proceedings against Mr. Bouvier that resulted from the dispute with Mr. Rybolovlev. Calling it “a complete victory,” Mr. Bouvier said in a statement that the decision “marks the end of a six-year nightmare. For reasons that had nothing to do with my art dealing activities, an oligarch tried and failed to destroy me.”

Mr. Rybolovlev’s lawyers, however, said it wasn’t the end and that he intended to appeal.

In a statement, his lawyers suggested that the case against Mr. Bouvier had not yet been properly judged on its merits — whether Mr. Bouvier was acting as an agent for Mr. Rybolovlev or as an independent art dealer in his own right. “It is essential that this case, the most serious the art world has ever known, be duly considered and finally judged on its merits,” they said.

The messy battle began six years ago after Mr. Bouvier helped Mr. Rybolovlev buy 38 pieces of world-class art for $2 billion over a period of about 12 years.

These included high-profile works such as “Salvator Mundi,” a depiction of Christ attributed to Leonardo da Vinci.

Mr. Rybolovlev has said in court papers that he believed Mr. Bouvier was acting as his agent and adviser on the transactions, and he paid Mr. Bouvier a fee for his services. But he later discovered, he said, that Mr. Bouvier had bought many of the items in advance, then flipped them to him at a markup of $1 billion.

Mr. Bouvier insisted in court papers that he was not an agent or adviser and instead, like any art dealer, he was entitled all along to charge Mr. Rybolovlev whatever prices he wished for the art he sold to his client and that Mr. Rybolovlev was prepared to pay.

Mr. Bouvier was arrested in Monaco in early 2015, following a criminal complaint by Mr. Rybolovlev. A judge in Monaco’s Court of Appeal tossed out all the charges, of fraud and money laundering, in 2019, after concluding that the investigation of Mr. Bouvier had been conducted in a biased and unfair way. That ruling was upheld by a higher court last year.

In the Geneva case, where he also faced charges including fraud and money laundering, the prosecutor cited the Monaco finding, saying it meant he would be denied the right to a fair trial in Geneva, too. The ruling said that the courts in Monaco had found that “the complainants had interfered constantly and inadmissibly in the course of the investigation, thus depriving Yves Bouvier” of the right to a fair trial. Much of the evidence to be used in Geneva was produced by the same investigation.

The decision was signed by Yves Bertossa of the Geneva prosecutor’s office, on Wednesday, and received by Mr. Bouvier’s representatives on Thursday. His representatives released the ruling publicly Friday, and it was confirmed by a representative for Mr. Rybolovlev.

The decision also discussed the core issue of whether Mr. Bouvier had been acting as an agent or a dealer in his own right, finding that the accusations of fraud were “contradicted by many elements.”

Some of the early acquisitions involved sales contracts, suggesting Mr. Bouvier was acting as the owner of the art and not just an agent, and there was nothing that indicated the two men had changed the formal nature of their legal relationship after these first sales, the prosecutor’s office said in the ruling.

In addition, the 2 percent commission Mr. Rybolovlev paid is significantly lower than the commission typically charged by other intermediaries such as auction houses, the prosecutor’s office said — while Mr. Bouvier also performed services beyond those of a typical agent, such as guaranteeing the authenticity of the work, it said in the ruling.

On the other hand, emails between Mr. Bouvier and Mr. Rybolovlev suggested he was presenting himself as an agent, it said.

“Although there are still some gray areas as to the legal nature of the relationship between the parties, even on the assumption that Yves Bouvier was the agent of the complainants, the objective constituent elements of the offense have not been met,” the ruling said.

A separate investigation in Monaco into corruption charges made by Mr. Bouvier against Mr. Rybolovlev is ongoing.

That investigation hinges on questions about whether Mr. Rybolovlev used lavish perks to enlist Monaco law enforcement officials as allies in his bitter feud with Mr. Bouvier.

Mr. Rybolovlev has also taken issue with the role played by Sotheby’s in some of the art sales in court filings in federal court in Manhattan. Twelve of the 38 paintings were originally bought by Mr. Bouvier in sales arranged by Sotheby’s, only to be flipped to Mr. Rybolovlev. Sotheby’s has said it did nothing wrong, and that it was in the dark about Mr. Bouvier’s intentions.