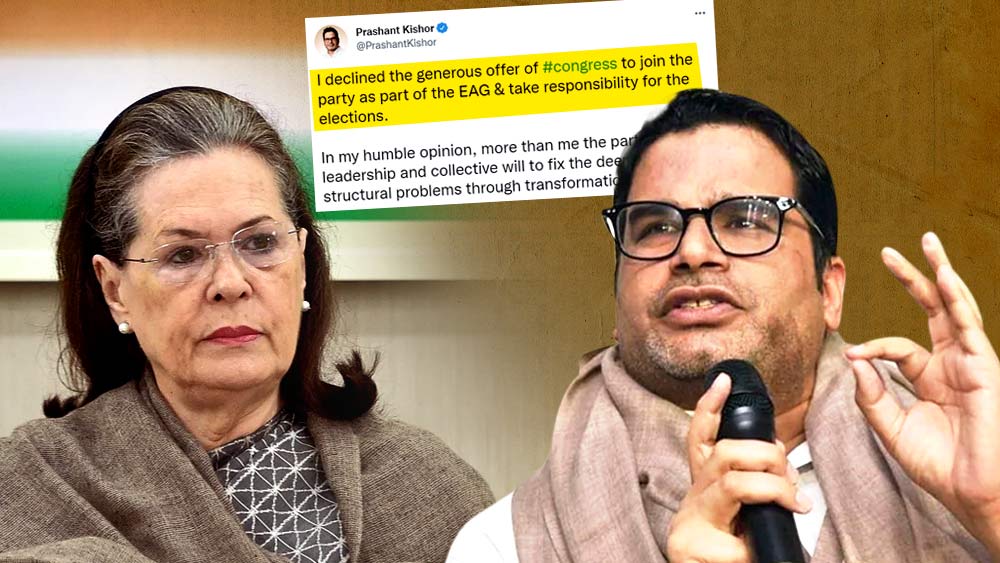 Meanwhile, PK signed an agreement with TRS on Monday. As a result, it became easier for him to ban the Congress, his close associates claim. At the same time, some of his close ones are claiming that he wants to be a ‘Kingmaker’ along with PK. He did not want to be a ‘king’ himself. At the same time, there is a growing trend of northeastern states leaving the Congress and joining the grassroots. Leaders like Ripon Bora and Mukul Sangma have joined the grassroots. Mukul claims that more Congress leaders may join the grassroots in the near future. In this situation, if PK joins the Congress, there is a strong possibility of creating complications with the grassroots ‘equation’ with him. His relatives claim that PK wanted to avoid that too.

Regarding the rejection of Prashant’s invitation, Congress spokesperson Randeep Singh Surjewala wrote on Twitter: He (PK) was asked to join the team but he refused. We thank him for his efforts and advice for the team. Incidentally, in the last two weeks, a series of proposals were tabled on behalf of the PK for the resumption of the Congress. A committee of seven Congress leaders, including Priyanka Gandhi and P Chidambaram, examined the recommendations and submitted a report to President Sonia Gandhi. It recommended accepting most of the PK’s proposals, a Congress source said.

In this situation, on Monday, Congress President Sonia Gandhi decided to form a new committee called ‘Empowered Action Group, 2024’. According to the party, the task of the committee will be to address the political challenges till the 2024 Lok Sabha elections. But Congress could not say whether Prashant Kishore would be on the committee.