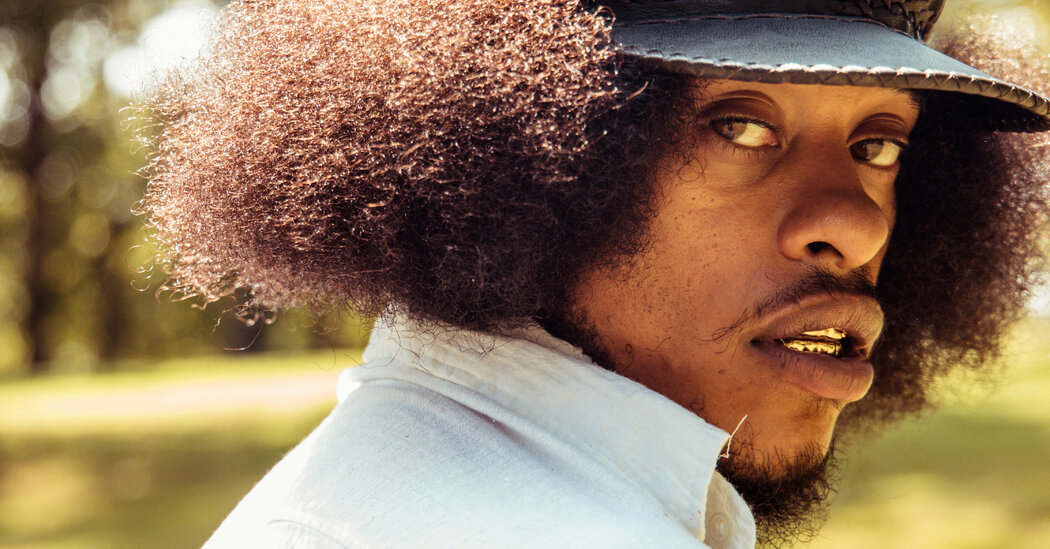 In 2018, Livingston Matthews landed in New York for a series of gigs and was low on money after having to unexpectedly check a bag on his flight. So he hopped a subway turnstile, only to be detained by a police officer who wanted to put him in his place.

“He was just O.D. extra, bruh,” Matthews said in a relaxed Southern drawl between bites of cinnamon-sprinkled oatmeal in a Brooklyn cafe recently, visiting from Baltimore. “He was like, ‘You’re dead meat, I can do anything I want with you.’” The incident led him to write “Deadmeat,” the fiercest track from his 2020 album, “Negro,” which scolded racism and police brutality through an aggressive mix of rap, punk and free jazz.

The album arrived just as Covid-19 cases surged globally and a month before protests arose following the police killings of Breonna Taylor and George Floyd. For Matthews, a 29-year-old rapper, singer and producer who records under several names, mainly Pink Siifu, “Negro” was the most fearless album in his vast catalog of equally experimental music. It was also the most intense.

“That record? It was Allah and my ancestors,” he said. “I was damn near crying after each track.”

His most recent album, “Gumbo’!,” came out at the top of this month and flashes back to an even earlier musical moment: the trunk-rattling bass and downtempo Southern rap that Atlanta’s Dungeon Family crafted in the 1990s.

“Their records sounded like everything,” Matthews said of the cornerstone collective that has counted Outkast and Goodie Mob as members.

The poet Ruben Bailey, known as Big Rube, a Dungeon Family member who appears on “Gumbo’!,” said he hears the group’s influence in Matthews’s sound. “He’s got a Southern type of style, but at the same he’s lyrical,” Bailey said in a phone interview. “When I first saw his name, that tripped me out because it sounded like he was really creative, and it turned out he was.”

Wearing a white sweatshirt, denim coveralls, glitter-gold-painted fingernails, beaded braids and a white durag beneath a brimmed leather kufi hat, Matthews looked like his influences all at once: Sly Stone, Andre 3000, Sun Ra. He spoke with the same laid-back cadence that he employs in his music, and he lit up when talking about his upbringing.

He’s not always so chill, though: His live shows are filled with perpetual movement. Sometimes he’ll hop on speakers, and at other moments he’ll walk in a nonstop loop onstage or occasionally through the crowd. It’s as if all the music he has taken in over the years were trying to come through concurrently.

Matthews grew up between Birmingham, Ala., and Cincinnati in a family that exposed him to all kinds of music. His mother loved ’90s R&B, and his father, a saxophonist, played old records by Charlie Parker. He got into rap through his older brother, Hardy, who liked the New Orleans-based Cash Money Records — Lil Wayne, especially — and decided to follow suit.

“I always wanted to be like my brother, so I was like, ‘Wayne’s my favorite rapper, too,’” Matthews said.

He took up the trumpet, then the drums, and he played in marching bands from fifth grade through high school. (The cover art for “Gumbo’!” is a caricature drawing of Matthews in a marching band uniform.) He didn’t get serious about music until he got to college where, as a theater major at Wright State University in Dayton, Ohio, he started performing poetry while quietly honing his image as a Cash Money acolyte who sang like the R&B vocalist Macy Gray — “I really want to work with her,” he said — but also admired the balladry of conscious rap.

“I heard what they were saying, and I thought, ‘They’re just rapping poems!’” Matthews said. “Then I was like, ‘Oh nah, I can rap my poems.’”

Featuring a who’s who of experimental musicians, including the soul vocalists Liv.e, Georgia Anne Muldrow and Nick Hakim, “Gumbo’!” is a comedown from the raw emotion of last year’s LP, designed to showcase the full breadth of Matthews’ artistry. The sound is bigger and more bass-heavy, but the focus remains his deep admiration for family and the companionship of friends, full of voice mail messages from relatives and recorded conversations with pals. On a run of tracks near the end of the album, songs like “Living Proof” and “Smile (Wit Yo Gold)” slow the tempo to a stroll that feels like summertime barbecues when the sun starts to dip and the temperature cools to perfection.

“I didn’t want people to box me in,” Matthews said. “I was trying to make something that reminded me of those drives from Birmingham to Cincinnati.”

His overall goal is to keep working to try to reach the heights of two of his idols: Prince and George Clinton. “You can lump me in with anybody you want to, but my music is everything,” he said. “It’s a slow meal. You at grandma’s house, you ain’t gotta rush.”