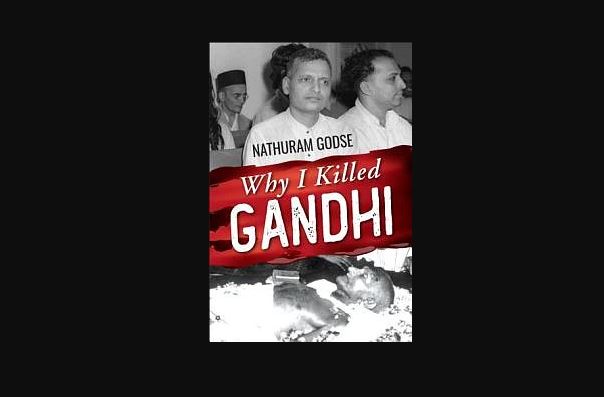 A picture of the death of Mohandas Karamchand Gandhi is going to be released on a movie watching platform on the internet on January 30. The name of the film is ‘Why I Killed Gandhi’ (Why I Killed Gandhi). The film has caused controversy in India. Gandhi’s assassin and Nathuram Godse, an activist of the Hindutva organization Rashtriya Swayamsevak Sangh, has been given importance in the film. Nathuram Godse was hanged for killing Gandhi.

January 30 is Gandhi’s death anniversary. And the film is being released on the same day. Significantly, National Congress Party (NCP) MP from Maharashtra Amal Kohli played the role of Goddess in the film. In Maharashtra, the NCP is running the government in alliance with the Congress. And the Congress is uneasy about playing the role of Gandhi’s assassin, a leader of that alliance.

In a letter to Shiv Sena leader and Maharashtra Chief Minister Uddhav Thackeray, the alliance’s main ally, Maharashtra Congress leader Nana Patel has requested a ban on the film. He wrote, ‘On the one hand, the day of Gandhiji’s death is celebrated as a day of non-violence and peace. On the other hand, “Why I killed Gandhi” is about to be released. As a result, discriminatory feelings will be encouraged.

Opposition to Gandhi has recently increased in India. Although he is still labeled as the ‘Father of the Nation’ at the government level, various government projects have been named, but occasionally it is seen that various Hindutva organizations are supporting the assassination of Gandhi. Attempts are also being made to make Nathuram Godse a national hero. Hindutva organizations in India have been trying for a long time to bring new Hindutva statesmen before the people. But they are failing in that task. Because most of the Hindutva heroes did not participate in the independence movement. Attempts are now being made to portray Gandhi’s assassin as a national hero.

An organization of film crews called the Indian Cine Workers Association has also written a letter to the Prime Minister opposing the release of the film. The organization said in a letter that the person playing the role of Nathuram Godse in the film is an Indian Lok Sabha MP. He has vowed to uphold the Constitution of India. If this movie starring MP is released, then the whole nation will be broken.

A three-party alliance is in power in Maharashtra. These three parties are Shiv Sena, NCP and Congress. Their relationship sometimes deteriorates and it seems the government will break up.

If the government collapses, the benefit will go to the Bharatiya Janata Party. Because, in the assembly elections of 2019, they got the most seats among all the parties. But they could not form the government as Shiv Sena, NCP and Congress were in alliance. Now if the Congress leader, one of the allies in the alliance, is forced to leave the government for playing the role of NCP leader Gandhi’s assassin, the government will break up. In that case there will be re-election and the BJP will win. Needless to say, if this happens then the unity of the opposition at the national level will be affected.