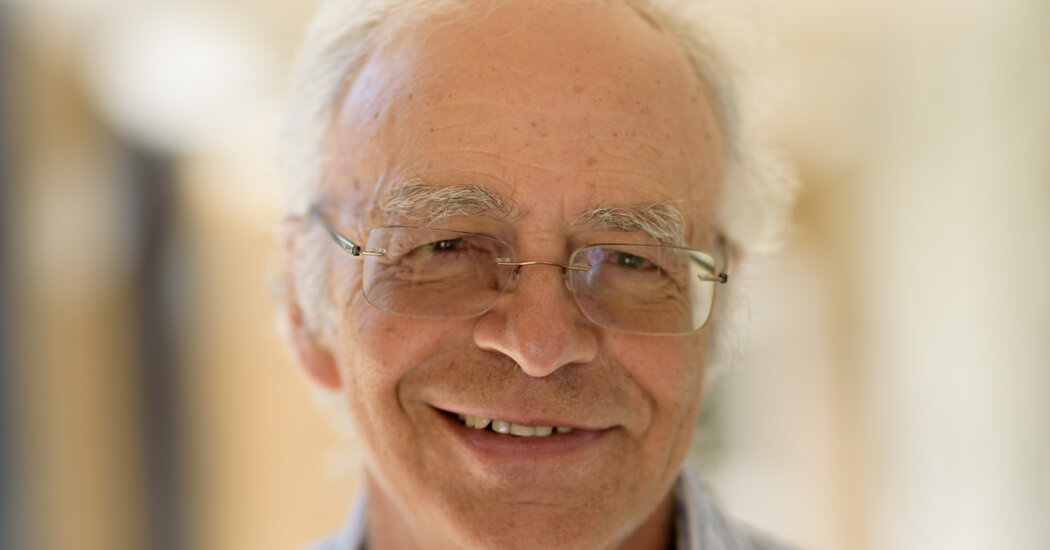 Over the past decade, the philosopher Peter Singer has been promoting the idea of “effective altruism,” which encourages people to have reason, rather than empathy, guide their philanthropy. It’s an idea that has sparked a movement on college campuses, in Silicon Valley and beyond.

Now Singer has been named the recipient of the 2021 Berggruen Prize, a $1 million award given annually to a thinker whose ideas have “profoundly shaped human self-understanding and advancement in a rapidly changing world.” And, in keeping with his principles, he will be directing half the windfall to The Life You Can Save, an organization he founded in 2009 to promote the idea that philanthropy should be directed at efforts to do the most good per dollar to save or improve the lives of the world’s poorest people.

In its announcement, the Berggruen Prize committee lauded Singer, a professor at Princeton, for reinvigorating the philosophical tradition of utilitarianism — which holds that creating the greatest happiness for the greatest number, rather than absolute principles of the good, should be the guiding principle for action — both within academic philosophy and as a force in the world.

“Few academic philosophers have ever had the impact of Peter Singer,” Kwame Anthony Appiah, the chairman of the prize jury, and a professor at New York University who writes The New York Times’s Ethicist column, said in the announcement.

Singer’s work has long troubled comfortable notions, including about what counts as generous. In his 1972 paper “Famine, Affluence and Morality,” prompted by the famine in Bangladesh, Singer, who is Australian, argued that well-off people had a moral obligation to give far more to humanitarian causes around the world than was typical in most Western societies. Geographical distance, he argued, made no difference in one’s moral obligations.

The paper was widely influential in philosophical circles. But he really shot to broader fame and influence in 1975 with the book “Animal Liberation,” which argued that factory farming and animal research were immoral, and called on people to make their lives “as free from cruelty as we can.” To limit moral concern only to fellow humans, he argued, is unjustified “speciesism.”

Singer — who has long said that he gives away about 40 percent of his income — turned to developing his ideas about effective altruism in the books “The Life You Can Save: How to Do Your Part to End World Poverty” (2009) and “The Most Good You Can Do” (2015).

Singer, 75, has also been a controversial figure, particularly among advocates for disabled people who have contended that his utilitarian analysis discounts the value of their lives. (In his 1979 book “Practical Ethics,” he argued that parents should have the right to end the lives of newborns with severe disabilities.) In 1999, his appointment at Princeton drew protest from the disability advocacy group Not Dead Yet, whose founder has called Singer “the most dangerous man on earth.”

Earlier this year, Singer, along with two other philosophers, started the Journal of Controversial Ideas, which aims to “show the value of embracing controversy as a means of getting closer to the truth, advancing knowledge, and reforming social and cultural paradigms.”

Singer will receive the award at an event in Los Angeles next spring. As for the allocation of the prize money, he plans to invite the public to help choose what charities will receive donations, from among those recommended by The Life You Can Save.

Over the last three years, he noted in a statement, each dollar spent by The Life You Can Save has generated $17 in donations to its recommended charities.