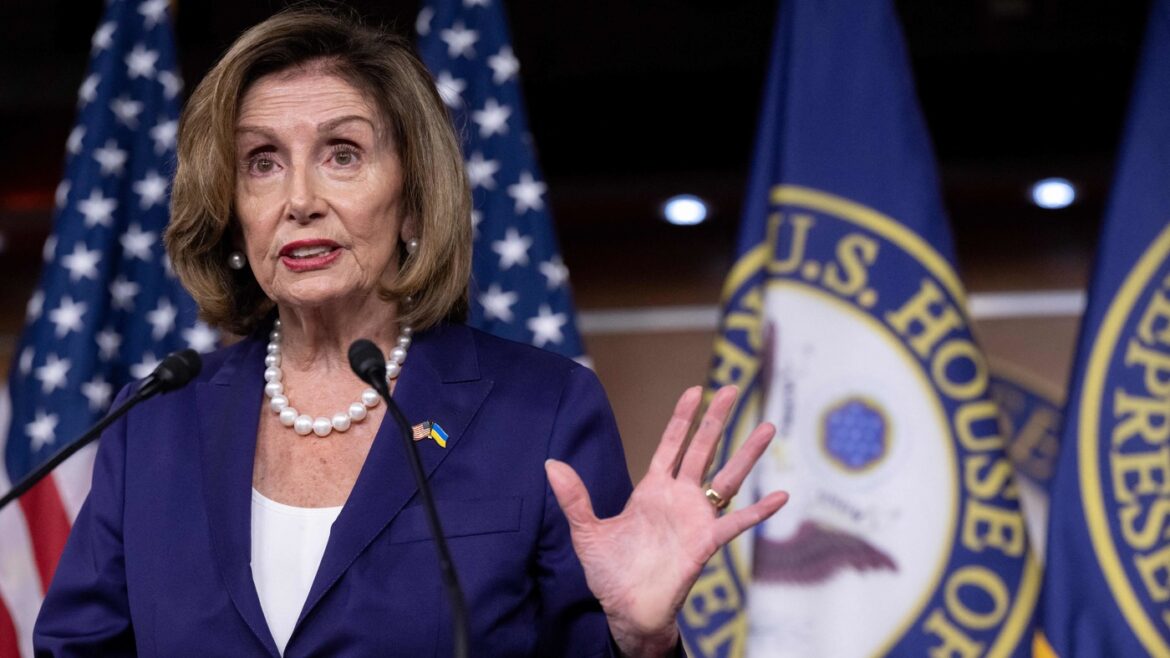 Speaker of the House Nancy Pelosi, seen here at her weekly press conference on Capitol Hill on July 29, recently kicked off an Asia tour that was shrouded in secrecy following an escalation in tensions with China over Taiwan. 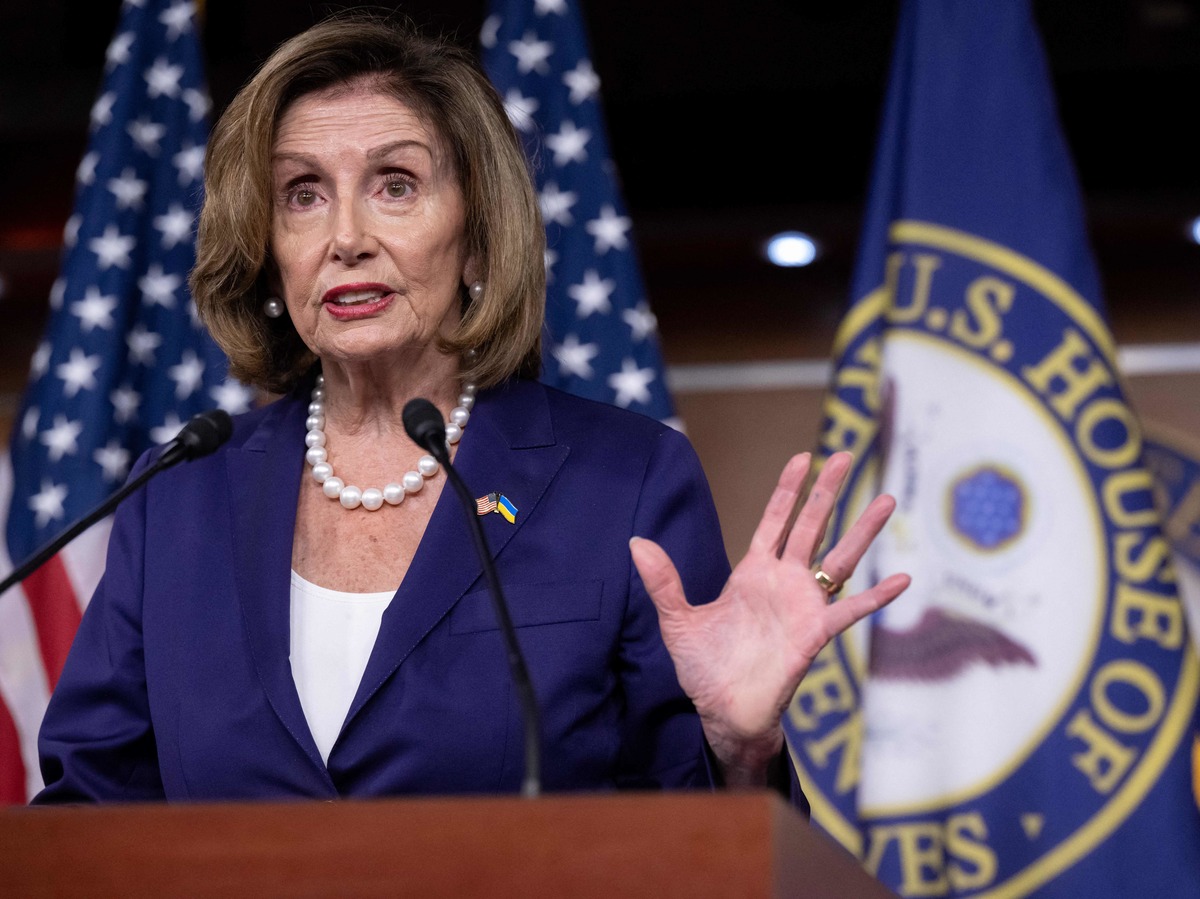 Speaker of the House Nancy Pelosi, seen here at her weekly press conference on Capitol Hill on July 29, recently kicked off an Asia tour that was shrouded in secrecy following an escalation in tensions with China over Taiwan.

House Speaker Nancy Pelosi, D-Calif., is due to land in Taiwan late Tuesday evening local time, according to a source familiar with the planning, and she is expected to meet members of Taiwan’s legislature and President Tsai Ing-wen on Wednesday. The highly-anticipated visit has faced stark warnings from China, in turn worrying the White House that it could trigger a crisis in the Taiwan Strait and worsen already tense U.S.-China relations.

The visit, which was not announced in advance, comes as part of Pelosi’s tour of Asia, including Singapore, Malaysia, Japan and South Korea, where she has been leading a small congressional delegation. She is the highest-ranking elected American official to visit Taiwan since then-Speaker Newt Gingrich in 1997. The source familiar with planning for Pelosi’s visit says she will be given an award by Taiwan’s president and visit a museum before departing on Wednesday.

The island democracy governs itself, but China claims it as its territory. Rumors of Pelosi’s visit launched a geopolitical firestorm amid escalating tensions between the U.S. and China.

The Taiwanese government has operated separately from the mainland since nationalists fled there after losing the civil war to communists in 1949. Thirty years later, the U.S. switched diplomatic recognition from Taipei to Beijing, adopting what’s known as the “One China” policy, in which Washington acknowledges Beijing’s position that Taiwan is a part of China. However, the U.S. has never supported China’s claim of sovereignty over Taiwan and maintains a substantial, though unofficial, relationship with the island.

By law, the U.S. is obligated to provide Taiwan with weapons and services. But the U.S. policy of “strategic ambiguity” keeps open the question of whether it would intervene in the case of a military invasion by China. The Biden administration has been accused of mixed messaging on this, after Biden said on multiple occassions that the U.S. would come to Taiwan’s defense; a sentiment the White House walked back.

The Chinese government remains adamantly opposed to any official exchanges between Taiwan’s government and other foreign governments, and views official American contact with Taiwan as an indication of support for its independence.

Pelosi’s trip comes days after Biden and Xi spoke by phone on a wide range of issues, including Taiwan. Biden sought to reassure his Chinese counterpart that U.S. policy hasn’t changed, saying it “strongly opposes unilateral efforts to change the status quo or undermine peace and stability across the Taiwan Strait,” according to the official U.S. readout of the call.

On Wednesday, Biden told reporters the U.S. military thinks a Taiwan visit by Pelosi is “not a good idea right now.”

For her part, Pelosi said “it’s important for us to show support for Taiwan,” during a press conference on July 21.

“I also think that none of us has ever said we’re for independence when it comes to Taiwan,” Pelosi said. “That’s up to Taiwan to decide.”

“The visit will occur at a sensitive time for Beijing,” said Ryan Hass, a senior fellow at the Brookings Institution. “It coincides with the PLA (People’s Liberation Army) Day, the National Day in honor of the establishment of their military, and it is in the run-up to a leadership conclave this month to talk about plans for the future of China.”

It also comes as Xi looks to secure a tradition-breaking third term in office, in an environment where he faces his own political and economic pressures.

“He may particularly feel that he can’t be seen as soft on the United States and therefore react even more strongly than he might otherwise,” said Bonnie Glaser, director of the Asia Program at the German Marshall Fund of the United States.

Xi reportedly told Biden during their call that “those who play with fire will get burned.”

“This quote is the exact same language that he used regarding Taiwan in a previous conversation that he had with President Biden,” said Glaser. “That signals to me that he made a deliberate decision not to say something that would be seen as more alarming than in the last phone call that he had.”

National Security Council spokesman John Kirby urged China not to escalate tensions in response to any visit from Pelosi.

“There is no reason for Beijing to turn a potential visit, consistent with longstanding U.S. policy, into some sort of crisis or conflict or use it as a pretext to increase aggressive military activity in or around the Taiwan Strait,” Kirby said during a White House briefing Monday afternoon, adding that members of Congress routinely visit Taiwan.

However, Kirby warned that China could respond to such a visit with threatening actions, noting the Chinese military conducted a live-fire exercise near Taiwan over the weekend.

“China appears to be positioning itself to potentially take further steps in the coming days and perhaps over longer time horizons,” he said. 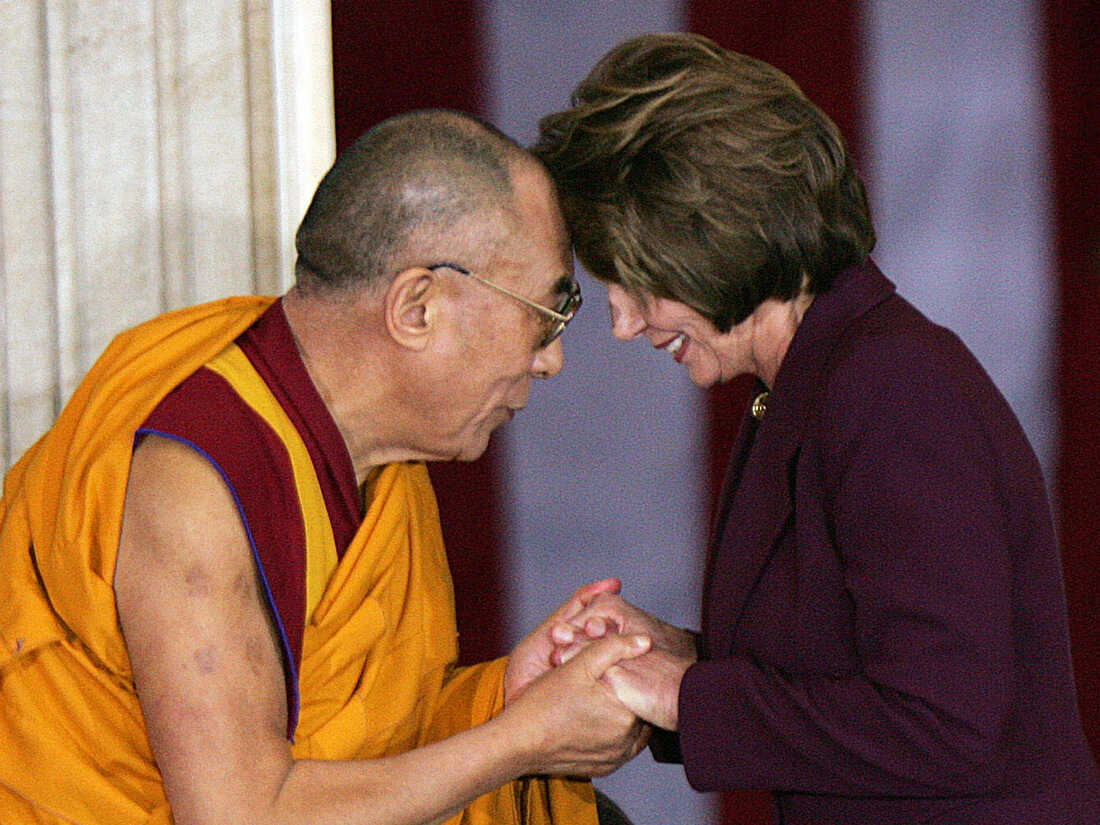 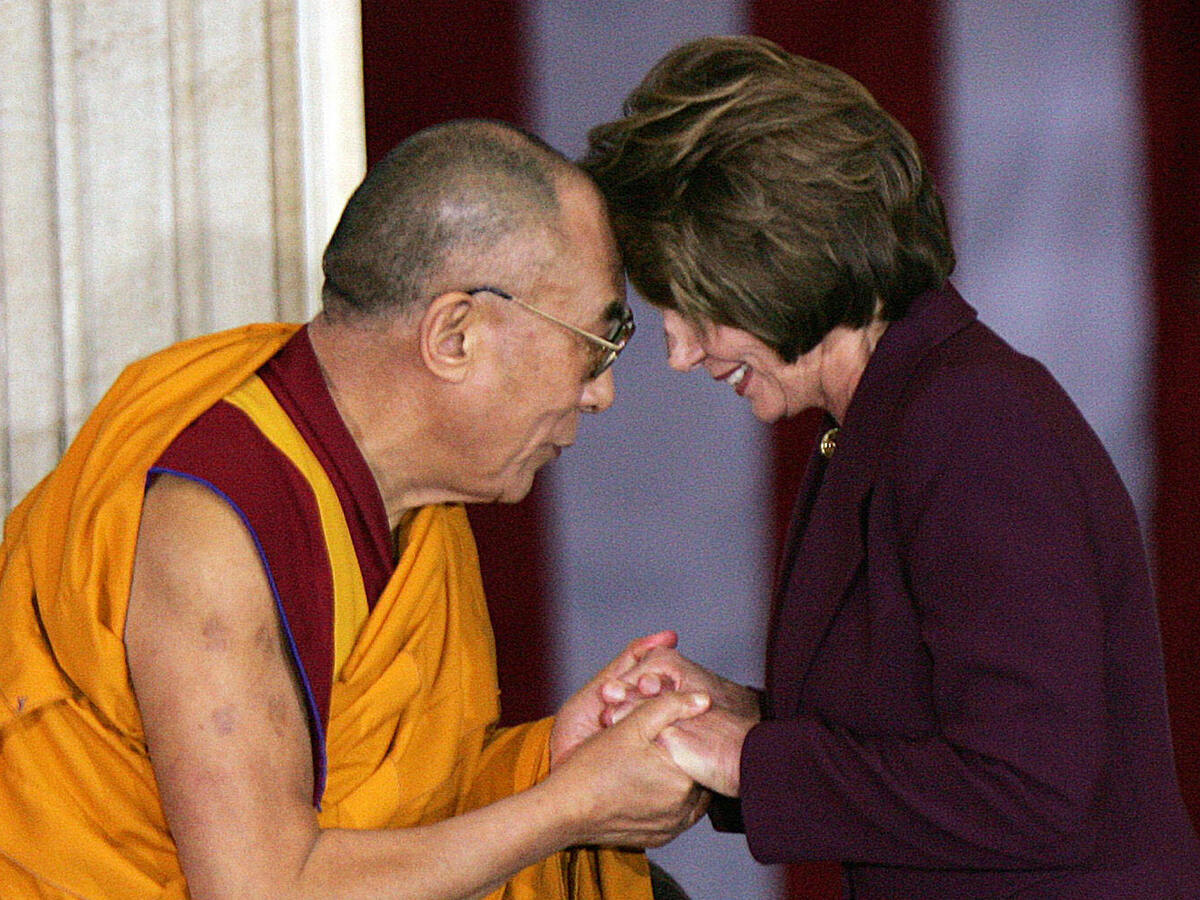 Pelosi is a leading China critic

Pelosi has a decades-long record of being hawkish on China and an outspoken advocate for human rights.

In 1991, Pelosi joined a small congressional delegation in Tiananmen Square, two years after the violent protests. She helped unfurl a banner that read: “to those who died for democracy in China.” Pelosi, along with two other members of Congress, was subsequently pulled aside for questioning by Chinese police.

“She played a active role in trying to create a path for Chinese political prisoners and dissidents to be able to come to the United States,” Hass said. “She has been a longtime champion of Tibet and the Dalai Lama and she rarely misses opportunities to make her views known on Chinese actions that she feels violate American values or American interests.”

Pelosi has met with Hong Kong pro-democracy protestors and has been vocal in her support of ethnic Uyghurs, who U.S. officials say have been subjected to a genocide in China’s Xinjiang region.

Last year, she oversaw the House approval of legislation imposing economic sanctions on China for goods sold to Americans from the forced labor of Muslim Uyghurs.

“I take second place to no one in the Congress of the United States in my criticism of China,” Pelosi said at the time.

Hass said he thinks Beijing is “triggered” by Pelosi’s longstanding record along with the “symbolism” of her visiting Taiwan as the person second in the line of presidential succession.

The last major crisis in the Taiwan Strait came in 1995 and 1996, when Taiwan’s leader at the time, Lee Teng-hui, sought to visit his alma mater in the U.S. Ultimately, Lee did make the visit, an outraged China retaliated by firing missiles into the waters around Taiwan, and then-President Bill Clinton ordered aircraft carriers into area.

“Over the past 10 years, [Xi] has built a political brand for strength, resolve and toughness in the face of American pressure,” Hass said. “I don’t think in the run-up to a party congress where his future fate will be determined, he will want to do anything that could diminish or degrade that brand that he’s developed.”

Bonny Lin, director of the China Power Project at the Center for Strategic and International Studies, said she doesn’t anticipate any “direct attacks on the United States or any of our aircrafts or vessels accompanying this visit.”

“But there is a risk if China wanted to engage in aggressive maneuvers against U.S. or Taiwan aircraft or vessels, if they wanted to try to fire warning shots at our vessels or our aircraft, then there’s a real chance of an accident occurring.”

Lin says beyond military means, it’s likely China would engage in some form of political or economic retaliation. She says that extends to the world stage, too.

“We should ask the question: is it possible that one potential form of Chinese escalation could be to provide more geopolitical support to Russia? If that’s even on the table, then there’s a lot of potential impact that the Pelosi visit might have.”