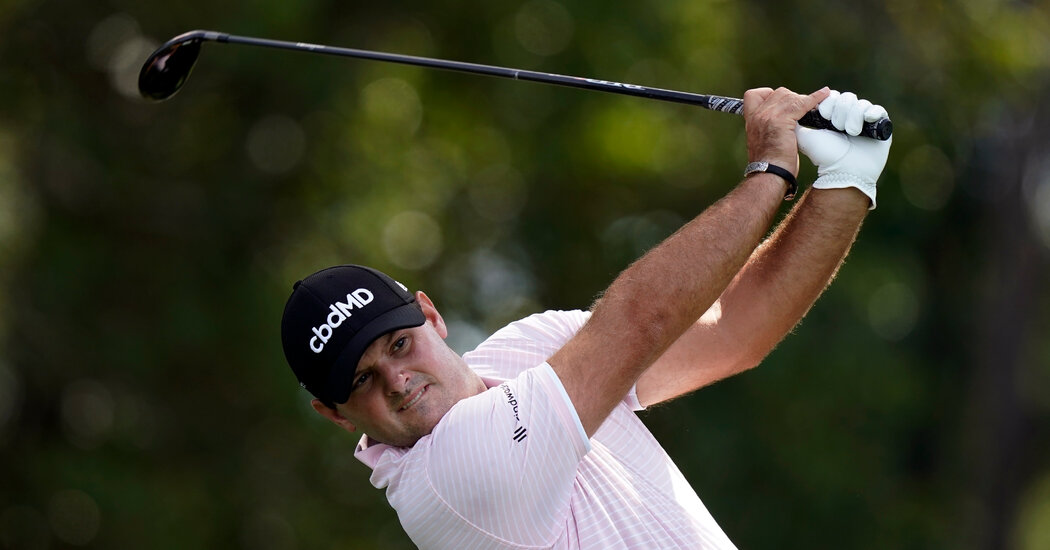 ATLANTA — Ostensibly, Patrick Reed drove 15 hours from Texas to Georgia on Tuesday in the back of a van to chase the FedEx Cup title and the largest possible share of the $46 million on offer at the season-ending Tour Championship.

The truth about Reed’s presence at East Lake Golf Club is far simpler.

Two weeks earlier Reed had emerged from what he called “a dark space” and “battling for my life” after nearly a week in a Houston I.C.U. bed with bilateral pneumonia. He came to the Tour Championship at East Lake Golf Club to add to his FedEx Cup points total and prove to U.S. Ryder Cup captain Steve Stricker that his is healthy enough to warrant one of six captain’s picks for the match that begins on Sept. 24 at Whistling Straits in Wisconsin. Asked if he would be in Atlanta if this wasn’t a Ryder Cup year, Reed answered succinctly: “No.”

Stricker watched on Wednesday as Reed completed his first nine holes of golf since the final round of the WGC-FedEx St. Jude Championship in Memphis on Aug. 8.

“He came out to me when I was on nine and I hit a hybrid to eight feet and I made the putt for him,” Reed said the following day after posting a scrambling two-over-par 72 in the first round of the Tour Championship. “So you know, honestly, the biggest thing is, talking with Stricks and stuff, is just making sure I’m healthy and I think the biggest thing for me this week is just to see kind of where I’m at.

Playing in a fourth consecutive Ryder Cup was the least of the worries the last two weeks. Reed suddenly withdrew from the Northern Trust on Aug. 19 before the first round of the first FedEx Cup playoff event, citing an ankle injury. But he returned home to Houston and was promptly admitted to the hospital. He said the pneumonia hit him in both lungs “like a brick.”

“Just all of a sudden I went from feeling OK to literally feeling like I couldn’t breathe and was almost drowning in air,” he said. “It hit me so fast and it was so brutal.”

Reed initially told the Golf Channel he had COVID-19, but later retracted it in a vague statement on Twitter: “My primary diagnosis was bilateral pneumonia. I was vaccinated for COVID-19 so I’m not sure if I had the delta variant but I’m just happy to be here.” He said Thursday that the hospital didn’t test him for the coronavirus until he got a negative test result before checking out last week.

“Their main priority was to make sure that we fought this pneumonia in both lungs because of how fatal it can be,” he said.

“First couple days they were sitting there telling me that make sure you text your family quite a bit, talk to your family, because you just don’t know,” Reed explained. “I mean, this is not good. We’re not in a good spot right now.

Despite not playing in either of the first two PGA Tour playoff events, Reed still qualified for the last of the 30 spots into the Tour Championship this week when K.H. Lee bogeyed the last hole at the BMW Championship. That allowed him the opportunity to make one last audition before the U.S. Ryder Cup roster is finalized on Wednesday.

Normally Reed would be considered a likely pick. However, his health as well as bitterness about pairings after the 2018 event in France have cast doubt on his chances.

Reed was clearly not at full strength playing his first full rounds in nearly a month. He hit 10 of 14 fairways off the tee but missed 12 greens in regulation on Thursday. On Friday he was a little more consistent but followed an opening bogey with 15 consecutive pars before finishing with two birdies to shoot one-under-par 69, tied for 26th in the 30-player field at one over par.

“The good thing is my short game didn’t leave me,” he said.

But Reed believes he can be ready when the Ryder Cup starts in three weeks.

“It’s like my third day back swinging a golf club, so there’s going to be rust there, there’s going to be things that you want to obviously not do on the golf course,” Reed said. “But the great thing is I felt like I can play now, I feel like I can do what I’m supposed to do. I feel now it’s just get some reps in and just get the energy level and strength back which just takes a little bit of time.”