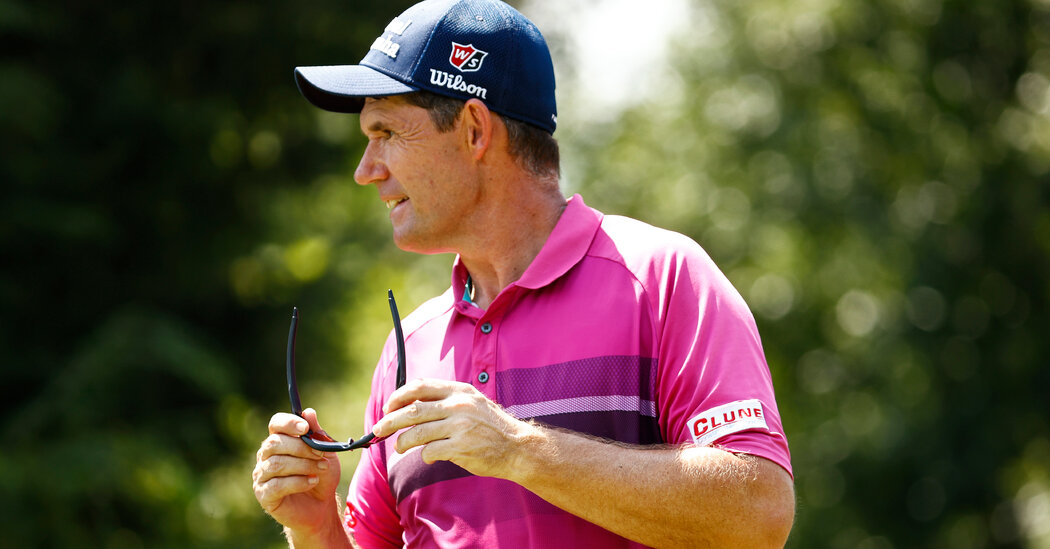 Padraig Harrington of Ireland is back in the spotlight — not as a player, but as the captain of Team Europe in this month’s Ryder Cup at Whistling Straits in Wisconsin.

Harrington, 50, a three-time major champion, will be competing in the BMW PGA Championship, which begins on Thursday at the Wentworth Club in England. There, he will be monitoring how potential members of his team perform.

After the tournament, he will pick three players to round out the 12-man squad that will face the Americans. The other nine will have qualified on points.

The following conversation, which took place in late August, has been edited and condensed.

Can you talk about the BMW, the tournament and the course?

Wentworth is the traditional home of the European Tour. It is really a great tournament venue. You can score well on it, but when the pressure comes on Sunday, those tree-lined holes and out-of-bounds get a little tight.

How are you going to be able to focus on your own game this week?

Hopefully, I won’t be able to focus on my play. Maybe being on the course will be a slight respite.

How do you think the event will play out because of Covid-19?

I’m interested in that, actually. Will the fans be more excited because they waited so long and there’s a certain level of, “Gee, we’re happy to be here?” I suspect, because of Covid, it might be more of a celebration of golf and the Ryder Cup than anything else.

I won’t ask you for your three picks, but do you have certain people in mind?

There are three weeks to go, and I’m very aware that things can change, especially with the BMW being such a big event. It would be pretty straightforward right now, but three weeks is a long time in golf.

And you’re happy with having three picks?

I chose three. They were offering me eight picks when it was at the height of the pandemic. The reason I wanted three is anybody who gets picked is under more pressure and stress because the media and public second-guess whether somebody else should be picked.

Your thoughts on Whistling Straits, and how it fits your team?

It’s very difficult for the Europeans to beat a U.S. team on a stereotypical U.S. golf course. Whistling Straits is a links-style course. They’ve opened it up as much as possible — I’m sure there will be plenty of birdies — but the elements [wind] will come into play.

You sound like you’re saying the Americans are the favorites?

To beat them in the States, it’s going to require a momentous effort on our behalf, and we are definitely going to have to figure out how to make the collective more confident than the individual. They look like they’re the strongest they’ve ever been.

Are you satisfied with your career or do you feel you didn’t achieve as much as you thought you should?

I achieved far more than I could have ever possibly dreamed in this game. I studied accountancy. My goal in life when I took that school was to become an accountant and manage a golf course.

I was a good player, but I didn’t think I was good enough to be a professional. And even when I turned pro, my goal would have been to survive on tour half a dozen years and retire and get a good country club job.

How much more golf will you play?

I will try and play where I’m competitive.

If I don’t feel like I’m competitive on the regular tour, I’m very happy to try to compete on the Champions Tour [a circuit for golfers 50 and older]. I will continue to play and do whatever I can around golf for years to come.