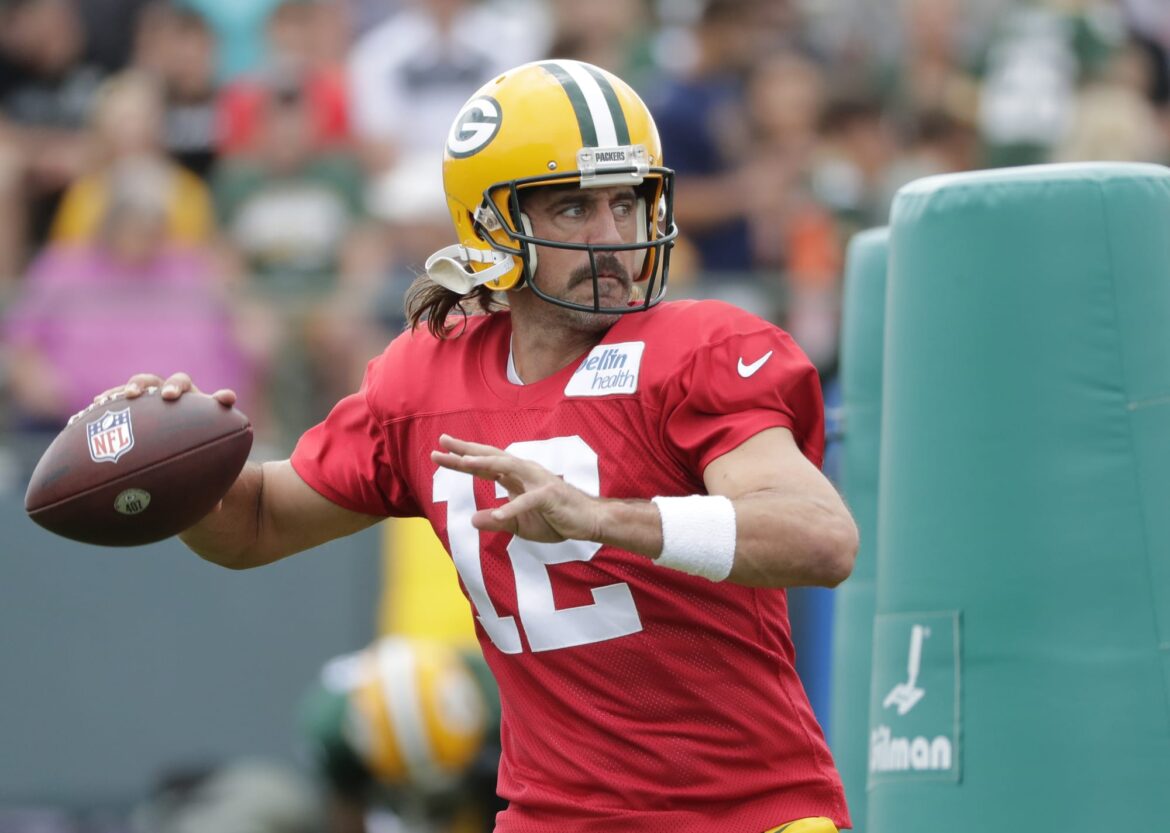 Losing Davante Adams may have made Packers quarterback Aaron Rodgers a better teammate as he approaches the 2022 season with a more open persona.

Aaron Rodgers wants to win another Super Bowl with the Packers but he’s going to have to do it without one of the best receivers in the game.

Strangely enough, losing Davante Adams to the Raiders in free agency may have actually forced the quarterback to be a better teammate.

He knows he can’t rely on Adams anymore. Instead, he’ll have to make due with a receiving corps made up of Allen Lazard, Sammy Watkins, Randall Cobb and a bunch of rookies, like breakout camp star Romeo Dobbs. That means he has to do everything he can to lift that unit up.

“For someone that’s been around him for a few years now, it’s impressive to me that this guy is still growing and getting better and being more receptive,” Lazard said, via ESPN.

How losing Davante Adams has changed Aaron Rodgers for the better

“How he’s been carrying himself this season has been way more of an open-door type of mentality when it comes to discussing things — especially having so many young guys who haven’t had that chemistry and don’t yet understand what he’s looking for,” Lazard said.

The quarterback admitted, “you’ve got to communicate to win.” And Rodgers wants to win, “Badly.”

If that means being more open to questions from receivers or other teammates, then that’s ultimately a good thing for the Pacers.

Of course, Rodgers being a better teammate and potential mentor for young players doesn’t mean he has the receiving corps to contend for a Super Bowl.

Rodgers has to work with what he has. We’ll see what this new approach can accomplish.