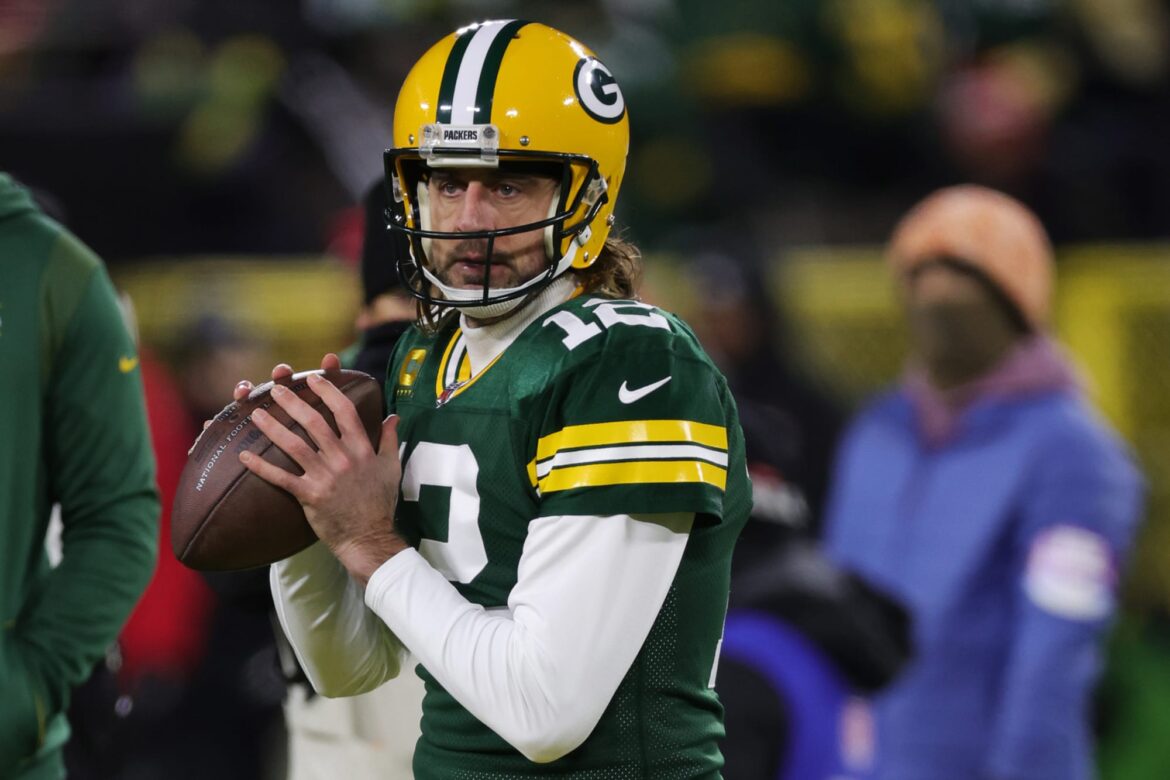 Green Bay Packers quarterback Aaron Rodgers is searching for the next Davante Adams. Did he find a diamond in the rough?

Rodgers is up to his usual antics in training camp, though the Green Bay quarterback is without his favorite target in Adams. By now most know the story, as Adams was traded to the Las Vegas Raiders this offseason over a contract dispute.

Green Bay made a series of smaller moves to replace him, but the only way to make up for that loss in production is by committee. In terms of the relatively unknown group of rookie wideouts in Packers camp, Rodgers seems to have an early favorite.

“Romeo Doubs has had a really nice start to camp. Getting a lot of attention based on some of the plays he’s made. Like the approach, very understated kid, very humble kid…We all feel really good about Romeo and the start he’s off to,” Rodgers said, per Zach Cruse of Packers Wire.

Doubs was the Packers fourth-round selection in this year’s NFL Draft out of Nevada. A relatively unknown rookie, Doubs has made a name for himself early in camp, and not just with Rodgers.

Even Randall Cobb took notice of Doubs ability to increase his odds on 50-50 balls.

“The biggest piece is just his ability with the 50-50 ball,” Cobb said. “When it’s thrown up and it’s between him and the DB to make a play. That’s one thing you can’t coach. You can’t really teach that. You either have it or you don’t, and he has it. That’s special.”

Green Bay has a knack for selecting top-tier talent in the fourth round, as Josh Sitton, T.J. Lang, Mike Daniels, and David Bakhtiari were all fourth-round picks.

It’s early, but Doubs is showing signs that he could be next.