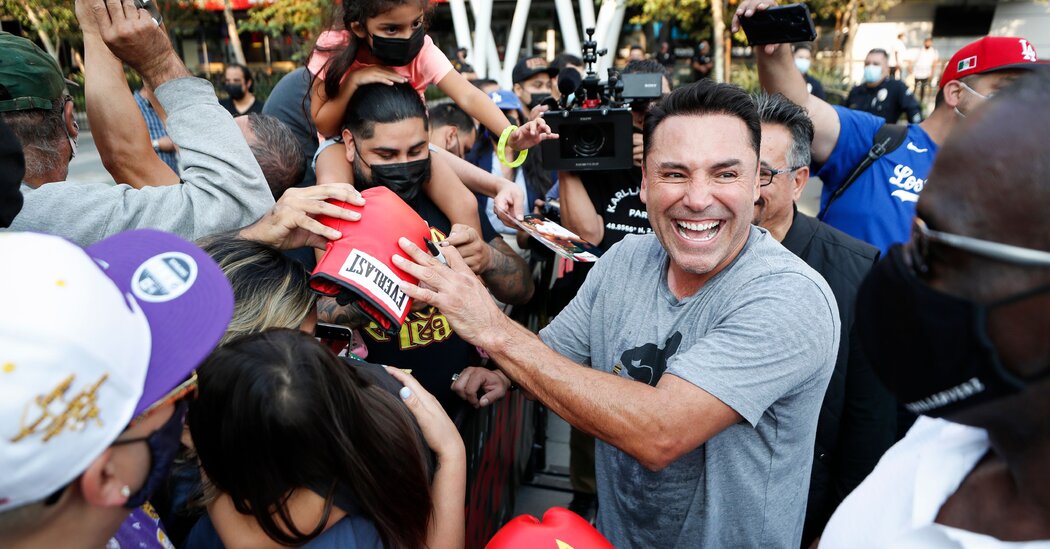 Oscar De La Hoya, the aging hall of fame boxer, said he has been hospitalized with Covid-19 and he will not take part in a comeback fight planned for later this month.

Mr. De La Hoya, 48, posted videos on Instagram and Twitter on Friday of himself in a hospital bed in Los Angeles. He says in Spanish to the camera that had been diagnosed with Covid-19 even though he was fully vaccinated.

The boxer, who retired with a 39-6 professional record and won numerous world titles, hasn’t fought in a professional boxing match since he lost to Manny Pacquiao in 2008. Mr. De La Hoya had been training in recent months for an match against Vitor Belfort, a former UFC champion, on Sept. 11 at the Staples Center in Los Angeles.

In recent years, Mr. De La Hoya, whose nickname was “Golden Boy,” has worked as a boxing promoter and last year helped push to bring boxing back during the pandemic, even if it meant there would be no fans in the arena. He will be replaced in the fight by Evander Holyfield, ESPN reported.