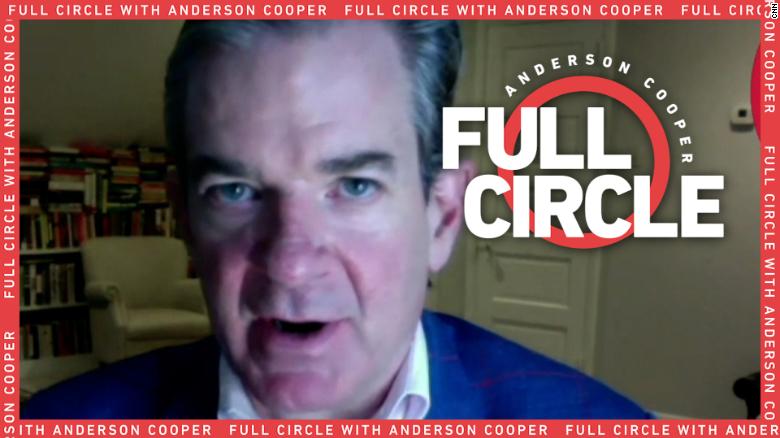 Who could have predicted that in the two decades following the 9/11 attacks, the United States would wage various kinds of military operations in seven Muslim countries — in Afghanistan, Iraq, Libya, Pakistan, Somalia, Syria and Yemen — at the cost of at least $6 trillion and more than 7,000 American lives? 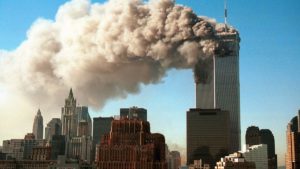 In addition, tens of thousands of soldiers from countries allied to the United States died, as did hundreds of thousands of ordinary Afghans, Iraqis, Libyans, Pakistanis, Somalis, Syrians and Yemenis who were also killed during the so-called “war on terror.”
All of this carnage was traceable back to Osama bin Laden’s decision to launch the 9/11 attacks.
Al-Qaeda’s leader is one of the few people of whom it can truly be said that he changed the course of history. Just as an account of Nazism would be nonsensical without reference to the persona and worldview of Adolf Hitler, or a history of France after the revolution of 1789 would make no sense without an understanding of the goals and personality of Napoleon Bonaparte, so too our understanding of al-Qaeda and the ideology and violence it spawned would be incoherent without reference to bin Laden.
This is an unapologetically old-school view of how history is actually made, which posits certain individuals are able to ride the tide of human events and shape them in new and unexpected ways.
Of course, that is not to deny the importance of circumstance. Hitler could not have become Hitler without two hugely significant events: Germany’s defeat in World War I and the Great Depression. Nor could Napoleon have become Napoleon without the opportunities presented to him by the chaos of post-revolutionary France.
But it’s impossible to understand World War II and the Holocaust without understanding Hitler’s ambitions and ideology, just as it’s impossible to understand why the largest army hitherto assembled in Europe marched into Moscow in September 1812 just weeks before the onset of the brutal Russian winter without understanding the vast ambitions of

A time of ferment

Bin Laden also came of age at a time of important historical changes. As a young man, he lived through a period of great ideological ferment in the Muslim world. During the 1970s, the early promises of socialism and Arab nationalism had delivered little in the way of prosperity or peace in the Middle East, and a new interest in religion gripped the region, a period of Islamic awakening that peaked in 1979 — the first year of a new century on the Muslim calendar — with three seismic events.
First was the overthrow of the Shah of Iran by the cleric Ayatollah Khomeini, which showed the world that a US-backed dictator could be toppled by religious revolutionaries.
Second was the armed takeover of Islam’s holy of holies, the mosque in Mecca, by Sunni militants. The assault on Mecca pushed the Saudi royal family to take a more conservative religious line at home and to finance the export of conservative Wahhabi clerics and mosques around the Muslim world (in part also to combat the rise of the new militant Shia regime in Iran).
Finally, the “infidel” Soviet Union’s invasion of Afghanistan precipitated a global movement of Muslims who traveled to Afghanistan and neighboring Pakistan to help combat the Soviets. It was a thrilling time to be a deeply committed Muslim, as the 22-year-old bin Laden already was.
In 1987, bin Laden set up a base — “Al Qaeda” in Arabic- — in Jaji in eastern Afghanistan, where he and a small group of followers fought the Soviets. From that base was forged a new group, al-Qaeda, and also a new doctrine of globalized jihadist terrorism, culminating in the 9/11 attacks, which reshaped the greater Middle East and also the United States itself in unexpected ways.
Bin Laden pushed forward with the 9/11 attacks despite internal opposition within al-Qaeda. In July 2001, Saif al-Adel, a senior al-Qaeda military commander, and Abu Hafs the Mauritanian, the group’s religious adviser, told bin Laden they opposed attacking the United States because they feared the likely American response and were worried the operation would anger the Taliban rulers of Afghanistan, who were then hosting them in the country.
Abu Hafs the Mauritanian was also concerned killing American civilians could not be justified on religious grounds.
However, bin Laden ruled over al-Qaeda like a medieval monarch, and leaders of the group who were skeptical about the looming attacks in the United States were forced to go along with them.

Bin Laden had a strategy for the 9/11 attacks that went beyond simply murdering as many American civilians as possible. He firmly believed the attacks would result in the withdrawal of American forces from the entire Middle East, which would then lead to the collapse of the US-supported Arab regimes that bin Laden despised.
It was a strategy that made little sense, as the United States would surely follow its own interests and was hardly likely to abandon its substantial role in the Middle East. But bin Laden truly believed that the US was weak, just as the former Soviet Union had been, and could only absorb a few blows.
He drew inspiration from other terrorist groups that had successfully attacked American targets, such as Lebanese Hezbollah, which had bombed the Marine barracks in Beirut in 1983, killing 241 American Marines, sailors and soldiers. Within a few months of the attack, the United States pulled out all of its troops from Lebanon. The Marine barracks bombing was very much on bin Laden’s mind as he plotted attacks he believed would result in the United States removing its troops from its bases in the Middle East, particularly in Saudi Arabia.
Perhaps the most profound change in the United States brought about by the 9/11 attacks was to greatly expand the military power of the US presidency. The Authorization for Use of Military Force (AUMF), which Congress passed days after the 9/11 attacks, allowed President George W. Bush to “use all necessary and appropriate force against those nations, organizations, or persons he determines planned, authorized, committed, or aided the terrorist attacks that occurred on September 11, or harbored such organizations or persons.”
This authorization sanctioned “forever wars” that lasted for two decades after 9/11. Three presidents as different from each other as presidents Bush, Barack Obama and Donald Trump used the same authorization to carry out hundreds of drone strikes against groups such as ISIS, al-Qaeda in the Arabian Peninsula, al-Shabaab and the Pakistani Taliban. Few of these strikes had any connection to the perpetrators of 9/11.
The AUMF was also used to justify various types of US military operations in Afghanistan, Ethiopia, Kenya, Libya, Mali, Nigeria, Pakistan, the Philippines, Somalia, Syria and Yemen. And, of course, 9/11 fueled the flawed rationale for Bush to invade and occupy Iraq in 2003.
This result was exactly the opposite of bin Laden’s aim with the 9/11 attacks, which was to push the United States out of the greater Middle East, so its client regimes in the region would fall. Instead, new American bases proliferated throughout the region — in Afghanistan, Iraq, Kuwait, Qatar and the United Arab Emirates. Meanwhile, al-Qaeda lost the best base it ever had in Afghanistan. Rather than ending American influence in the Muslim world, the 9/11 attacks greatly amplified it.
Bin Laden later put a post-facto gloss on the strategic failure of 9/11 by dressing it up as a great success and claiming the attacks were a fiendishly clever plot to embroil the US in costly wars in the Middle East. Three years after 9/11, bin Laden released a videotape in which he asserted, “We are continuing this policy of bleeding America to the point of bankruptcy.”
There was no evidence it was really bin Laden’s plan in the run-up to the 9/11 attacks, although it is true the investment of American blood and treasure in the wars in the greater Middle East likely weakened the United States.
Share
Facebook Twitter Pinterest Linkedin