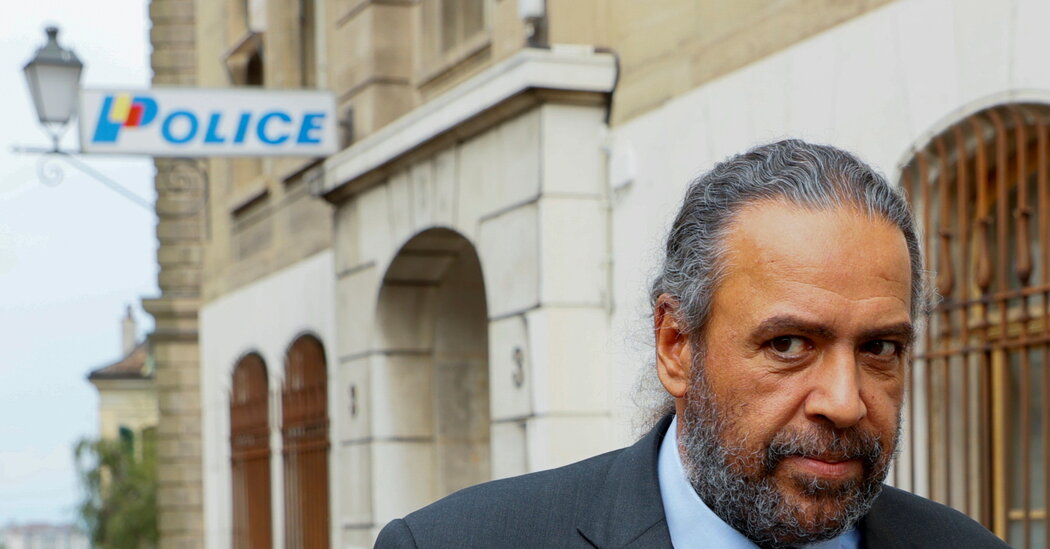 GENEVA — Ahmad al-Sabah, a Kuwaiti sheikh who for years has been one of the most influential power brokers in global sports, faces more than a year in prison after being convicted in a forgery case in Switzerland.

Sheikh Ahmad was found guilty along with four others in a case in which prosecutors successfully argued that he was the mastermind of a complex plot to implicate another member of the Kuwaiti royal family in a scheme to overthrow the country’s ruler.

Sheikh Ahmad was in the wood-paneled court as the sentence was read out by the presiding judge. He said he would appeal the ruling and declared his innocence as he prepared to leave the court. The judgment not only threatens his liberty but also his future role in sports, where his influence has stretched from the upper echelons of the International Olympic Committee to the top of world soccer and beyond.

“I know I didn’t do anything; I will wait for the appeal,” Sheikh Ahmad told reporters at the court. “I will never stop, because I believe I am innocent.”

The case is not the only legal issue that has blighted Sheikh Ahmad in recent years. He is also an indicted co-conspirator in a United States Department of Justice corruption case that led to the conviction of a senior soccer official in 2017. Sheikh Ahmad subsequently resigned from FIFA’s ruling council and pledged to withdraw from soccer while the case was being litigated.

Since November 2018 he has been declared “self suspended” by the International Olympic Committee after the charges that led to Friday’s court ruling. Until then he had been a key lieutenant to the I.O.C.’s president Thomas Bach, whose election victory in 2013 he helped to mastermind by securing key votes. He is also credited with winning support for Tokyo’s bid to stage the recently completed 2020 Olympics.

Much of Sheikh Ahmad’s power stems from his control of the Olympic Council of Asia, a body set up by his father 40 years ago. Despite relinquishing all his other official roles in sports as the allegations and accusations mounted, Ahmad continued to lead that organization until Friday, when the group said that he would “step aside temporarily.”

Prosecutors in Geneva successfully argued that Sheikh Ahmad, his English former lawyer, a Kuwaiti aide and two more Swiss-based lawyers orchestrated a sham arbitration case in order to frame other royals in a coup plot.

“It’s very strange, I’ve been a long time as a criminal lawyer in Geneva; it’s the first time I’ve seen a sham arbitration,” said Pascal Maurer, the lawyer for Nasser al Mohammed al Sabah, a former prime minister of Kuwait who was one of the figures Sheikh Ahmad tried to frame.

For the I.O.C., the case is another embarrassing episode involving one of its most senior figures. The organization said it would not take action against Sheikh Ahmad because he had decided to suspend himself. Sheikh Ahmad’s only character witness was scheduled to be Francois Carrard, the I.O.C.’s longtime former director general who continues to serve as its legal adviser. Mr. Carrard did not show up in court last Thursday, with the court citing an unspecified medical issue.

Despite his legal troubles, Sheikh Ahmad has continued to play an influential role in sports behind the scenes.

A candidate for a seat on FIFA’s governing council claimed that she was told she did not stand a chance of winning because Sheikh Ahmad had already decided that a rival candidate from Bangladesh should retain the seat.

In April, the Court of Arbitration for Sport, also based in Switzerland, sided with the woman, Mariyam Mohamed, a soccer official from the Maldives, and agreed that Sheikh Ahmad had actively interfered in the elections held in 2019 by the Asian Football Confederation to achieve his desired outcome.

Mohamed told the court that she was told to drop her candidacy and that in return Ahmad would use his influence in international soccer circles to obtain any other position of her choosing at the A.F.C. or FIFA.

Sheikh Ahmad’s influence has also stretched beyond the sports world. As a senior Kuwaiti royal he has been a government minister, and he was also Secretary General of the Organization of Petroleum Exporting Countries, the influential cartel for oil producing nations.

At the height of his power, the sheikh, known for his burly security entourage, was a magnet for sports officials looking to secure highly sought after committee roles and other sinecures. He spent decades building his portfolio, which started from running the Asian Olympic body after the murder of his father during the 1990 invasion of Kuwait by Iraq. His roles multiplied rapidly and at one point numbered almost a dozen.