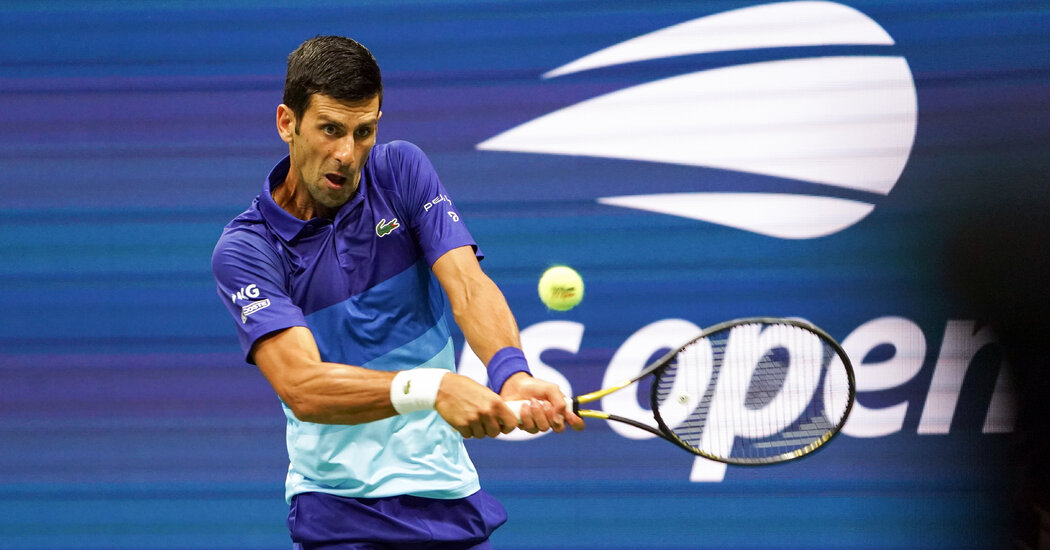 Rune, an 18-year-old qualifier from Denmark, was making his debut in a Grand Slam tournament. He is a dynamic, flashy player with explosive power and contagious energy. He not only won the second set, but he also got the crowd on his side in Arthur Ashe Stadium, the largest venue in tour-level tennis with its five tiers and 23,771 seats.

Loud cheers of “Ruuuuune,” which sounded paradoxically like boos, were a frequent part of the soundscape. Though Djokovic looked frustrated and off rhythm as Rune evened the match at one set apiece, Djokovic never looked genuinely rattled and was not threatened down the stretch.

Rune, playing his first best-of-five-set match, began to cramp in his legs early in the third set and began wincing and hobbling between points and struggling to jump into his serve and cover the corners of the court: a necessity to pose any threat to Djokovic.

“I’ve got to say that it’s never nice to finish the way we finished today,” Djokovic said in his on-court interview. “Holger is a great guy, one of the up-and-coming stars. He was the best junior in the world.” Djokovic added “he is making his way through the professional ranks quite quickly. He deserves a big round of applause. It’s unfortunate he had to go through all of that.”

Rune has been prone to cramping, and though it is easy to forget at this stage, Djokovic, too, once struggled with his endurance on court, only solving the problem in 2010 and 2011 after switching to a gluten-free diet.

But at age 34, Djokovic has proved himself to be a long-running champion, one of the most successful in the game’s history. If he wins six more matches in New York, he will break his tie with his longtime rivals Roger Federer and Rafael Nadal by claiming a men’s record 21st career Grand Slam singles title.

If he wins six more matches, he also will become the first player since Steffi Graf in 1988 to complete the Grand Slam in singles and the first man to do so since Rod Laver in 1969. The Grand Slam requires a player to win the Australian Open, French Open, Wimbledon and the U.S. Open in the same calendar year. Graf added an Olympic gold medal to her collection for a so-called Golden Slam.

After failing to win a medal at the Tokyo Olympics this month, Djokovic chose to rest before the U.S. Open rather than play in any preliminary events in North America. He was not at his sharpest on Tuesday night, but his shoulder, which troubled him in Tokyo, did not appear to limit his ability to perform.

In his last appearance at the U.S. Open in 2020, he was defaulted in the fourth round after striking a ball in frustration and inadvertently hitting a line judge in the throat. But there were no misadventures in this first match, and Djokovic will be a big favorite again in the second round when he plays 121st ranked Tallon Griekspoor of the Netherlands for the first time.