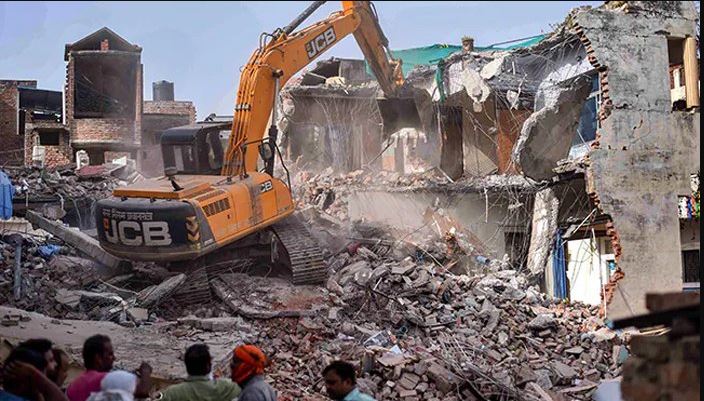 India’s Supreme Court has issued a notice to Yogi Adityanath’s government for bulldozing the homes of protesters in Uttar Pradesh. The notice was issued on Thursday. Meanwhile, BJP spokesperson Nupur Sharma’s controversial remarks have drawn sharp criticism from Saudi Arabia, Qatar, Kuwait and other Arab countries. However, in this controversial situation, 192,000 kg of dung is being exported from India to Kuwait. This dung is being sent to Kuwait for organic farming. News from NDTV.

The country’s highest court has ruled that demolition must be in accordance with the law. It cannot be a retaliatory measure.

India’s Supreme Court, however, did not order the Uttar Pradesh government to stop demolishing houses. The court said they could not suspend the demolition. Instead, they can ask the state government to abide by the law.

Protests erupted in Uttar Pradesh recently in protest of derogatory remarks about the Prophet Muhammad (peace be upon him). The protests turned violent at one point. The government of Uttar Pradesh BJP Chief Minister Yogi Adityanath is bulldozing the houses of Muslims, alleging their involvement in the violence.

The Jamiat Ulamaye Hind has approached the Supreme Court against the Yogi government’s bulldozer policy against the Muslim community in Uttar Pradesh.

They have appealed to the Supreme Court to take action against those responsible for illegally demolishing houses in Uttar Pradesh.

However, the Uttar Pradesh government claims that they are following the law.

A group of former Indian judges wrote a letter on Tuesday requesting the Supreme Court to intervene immediately to stop the Uttar Pradesh government’s ‘bulldozer policy’. The same request was made by several prominent lawyers of the country.

Meanwhile, dung has been exported from India to Kuwait amid the Anklet controversy. The first consignment of dung left Kanakapura railway station for Kuwait on Wednesday. It is also learned that the work of packing the dung is going on under the supervision of the customs department.

This dung is being sent from a cowshed in Jaipur. The dung is being exported to a private company in Kuwait. Sources said that an agreement has already been reached between the two countries in this regard.