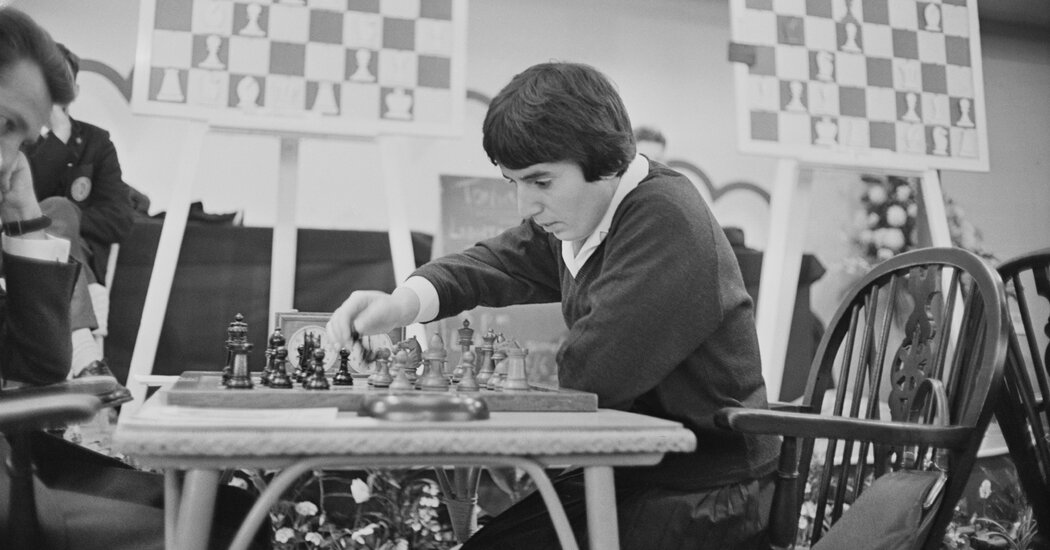 In the final episode of “The Queen’s Gambit,” the wildly popular Netflix series, an announcer delivers chess play-by-play and commentary while the show’s fictional heroine, portrayed by Anya Taylor-Joy, competes in a climatic tournament in Moscow.

“The only unusual thing about her, really, is her sex, and even that’s not unique in Russia,” the announcer intones, as a woman watching the match comes into focus. “There’s Nona Gaprindashvili, but she’s the female world champion and has never faced men.”

The series is fiction, but there is a real pioneering chess champion named Nona Gaprindashvili, the first woman to be named a grandmaster. Now 80 years old and living in Tbilisi, Georgia, she was pained to learn that the television show had erased her many successes against male opponents. (A 1968 headline in The New York Times, for instance, reads, “Chess: Miss Gaprindashvili Beats 7 Men in a Strong Tourney.”)

So on Thursday, Ms. Gaprindashvili filed a lawsuit against Netflix in Federal District Court in Los Angeles, seeking millions of dollars in damages for what the suit claims is a “devastating falsehood, undermining and degrading her accomplishments before an audience of many millions” and calling for the line about her not facing men to be removed.

“They were trying to do this fictional character who was blazing the trail for other women, when in reality I had already blazed the trail and inspired generations,” Ms. Gaprindashvili said in a recent video interview arranged by her lawyers, speaking in Georgian, which was translated to English by her grandson. “That’s the irony.”

Netflix said that it greatly respected Ms. Gaprindashvili but that it believed her claim was without merit. “Netflix has only the utmost respect for Ms. Gaprindashvili and her illustrious career, but we believe this claim has no merit and will vigorously defend the case,” the company said in a statement.

As the 25-page complaint details, Ms. Gaprindashvili did, in fact, play against many highly skilled male champions over the course of her career, including before the episode in question takes place. The suit claims that the line that she had “never faced men” caused professional harm to Ms. Gaprindashvili, who continues to compete in senior chess tournaments, and notes that “The Queen’s Gambit” was viewed in more than 62 million households in the first month after its release.

“This was an insulting experience,” Ms. Gaprindashvili said during the hourlong interview, when she could not resist at times enthusiastically recounting some of her most memorable chess matches and victories.

“This is my entire life that has been crossed out, as though it is not important,” she said.

The lawsuit alleges that Netflix “brazenly and deliberately lied about Gaprindashvili’s achievements for the cheap and cynical purpose of ‘heightening the drama’ by making it appear that its fictional hero had managed to do what no other woman, including Gaprindashvili, had done.”

The complaint added that “in a story that was supposed to inspire women by showing a young woman competing with men at the highest levels of world chess, Netflix humiliated the one real woman trail blazer who had actually faced and defeated men on the world stage in the same era.”

“The Queen’s Gambit,” based on the 1983 novel by Walter Tevis, became what Netflix described as its biggest limited scripted series ever. The series won two Golden Globes earlier this year and has garnered 18 Emmy Awards and nominations; there are plans for it to be adapted into a stage musical. And, just as Ms. Gaprindashvili has been doing for years through her game play and example, the series has inspired more women to take up chess while also renewing concerns about sexism in the game.

The lawsuit notes that the line in the series saying that Ms. Gaprindashvili had never faced men had been changed from the book it was based on, and quotes this passage from the original novel: “There was Nona Gaprindashvili, not up to the level of this tournament, but a player who had met all these Russian Grandmasters many times before.”

The real Ms. Gaprindashvili began playing professionally at 13, and later became a female world champion and, as the suit noted, “the first woman in history” to be awarded the rank of grandmaster after a tournament in Lone Pine, Calif., in 1977. The Tbilisi Chess Palace, the lawsuit noted, is dedicated to Ms. Gaprindashvili.

“It took a year of fighting to get accepted,” Ms. Gaprindashvili said in the interview. “Whenever they saw me as a small, short, young girl, they would tell me to get in line — to play next time, but not now. But I always asserted my place.”

Ms. Gaprindashvili said that she has been asked about the show often. Those discussions evoked memories of her own rise as a female chess champion. But she said that she could not understand why a fictional television show would “lie” about a real person’s life.

“Not many things can damage me emotionally,” she said. “But this was surprising to me — and humiliating.”

The lawsuit, she said, would now be another part of her legacy.

“It is already part of my legacy that women chess players are accepted and becoming grandmasters,” Ms. Gaprindashvili said. “This is also a big part of it. It is a fight I began, and it is a fight I am continuing.”