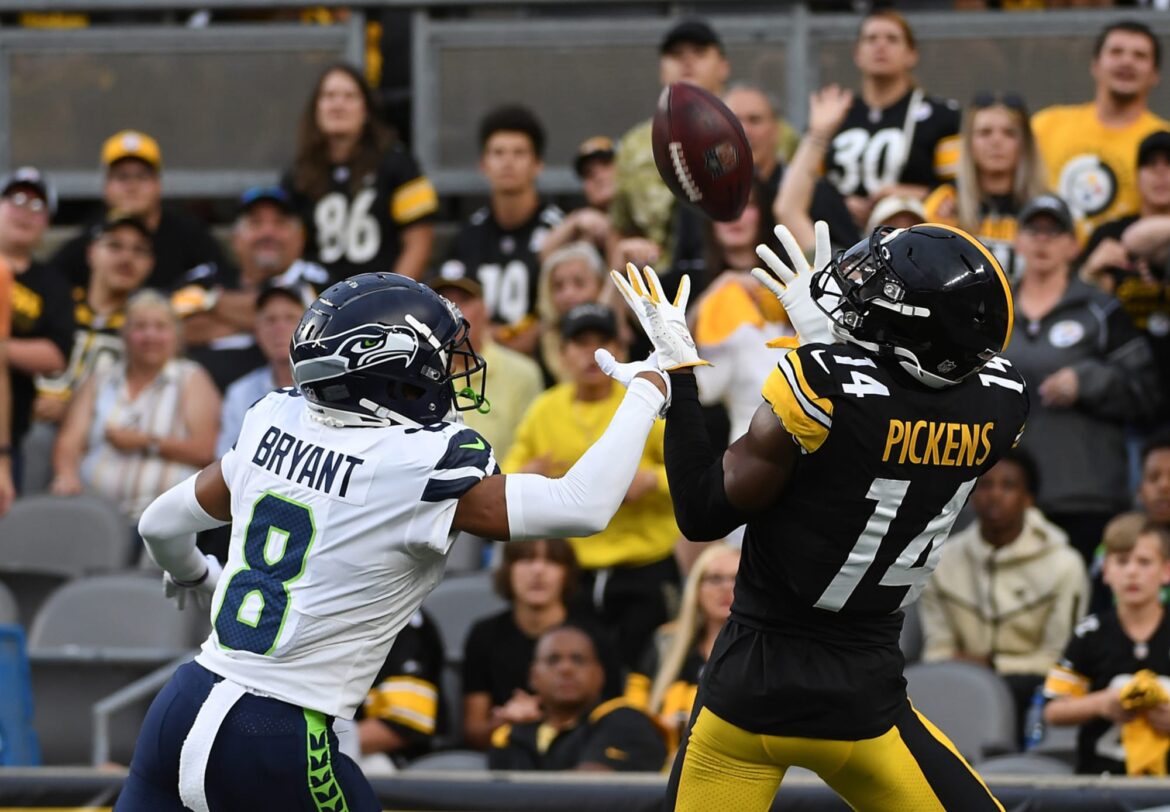 George Pickens will make every team not named the Pittsburgh Steelers look so incredibly stupid forever for passing on him in the 2022 NFL Draft.

On his way to Canton already, Pittsburgh Steelers rookie wide receiver George Pickens has a quote for the ages after his first-ever NFL preseason game.

Pickens may have been hurt for most of his junior year at Georgia, but he left his alma mater as a national champion. This absolute … DAWG! is the second coming of Hines Ward in Western Pennsylvania. We tried to tell you, general managers, but you did not listen. This is why the Steelers never have losing seasons. They pick guys like Pickens below their slotted draft value.

While it was understood that Pickens was the Real Deal Holyfield at UGA, who knew he was this freaking cerebral in front of the mic, Dawg?

Destined for greatness, put this quote in Canton to reserve a spot for the best Georgia wide receiver since A.J. Green’s iconic bronze bust.

Pickens didn’t need to go drink tea in the wilderness to get that cerebral on us, but you better believe he is going to have NFL defensive backs’ heads spinning like Dom Cobb’s top in no time at all. Joining a division that already has Ja’Marr Chase, Amari Cooper and teammate Chase Claypool, Pickens clearly wants to be top Dawg. Of course, Pickett to Pickens has to be a hit for Pittsburgh.

Barring injuries, the only thing that is slowing down Pickens is Pickens. He may have a different personality, but clearly, the Steelers are embracing it and want him to be him. That’s all you can ask out of anyone. The best part is his skill set is exactly what the Steelers crave in the wide receiver room. He can line up anywhere, make plays and will blow a guy up when run blocking, too.

Pickens is a lot of things, but a diva wide receiver is not one of them. He could have put up better stats in a more vertical passing offense than at Georgia, but he probably would not have been a champion elsewhere. Most importantly, he will continue to do the little things necessary to help his team be successful. The man defines grit and looks to be a pillar the Steelers can build with.

He might be walking on a dream, but Pickens is not about to get lost in one, as he has work to do.