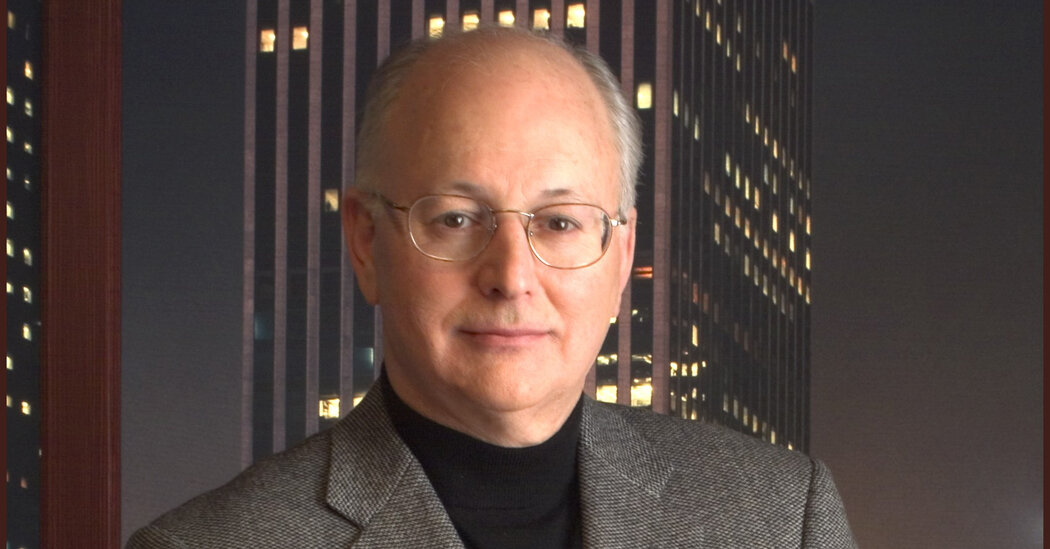 Nickolas Davatzes, who was instrumental in creating the cable television networks A&E and the History Channel, which now reach into 335 million households around the world, died on Aug. 21 at his home in Wilton, Conn. He was 79.

The cause was complications of Parkinson’s disease, his son George said.

Mr. Davatzes (pronounced dah-VAT-sis) was president and chief executive of A&E, originally the Arts & Entertainment Network, which he ran from 1983 to 2005 as a joint venture of the Hearst Corporation and the Disney-ABC Television Group. He introduced the History Channel in 1995 and remained an aggressive advocate, both within the industry and as a spokesman before Congress, for educational and public affairs programming.

By the mid-1980s, A&E had emerged — mostly through buying programming and building a bankable viewer audience by negotiating distribution rights with local cable systems — as the sole surviving advertiser-supported cultural cable service.

“After 60 days here, I told my wife I didn’t think this thing had a 20 percent chance, because every time I turned around there was another obstacle,” Mr. Davatzes told The New York Times in 1989. “I used to say that we were like a bumblebee — we weren’t supposed to fly.”

But they did. A&E became profitable within three years by offering an eclectic menu of daily programming that, as The Times put it, “might include a biographical portrait of Herbert Hoover, a program about the embattled buffalo, a dramatization of an Ann Beattie short story and a turn from the stand-up comic Buzz Belmondo.”

“We don’t want to duplicate ‘The A-Team’ or ‘Laverne & Shirley,’” Mr. Davatzes told The Times in 1985. “There is a younger generation that has never seen any thought-provoking entertainment on television. They’ve seen a rock star destroying a guitar every 16 minutes, but they’ve never seen classical music.

“By network standards,” he continued, “our viewership will always be limited. But that is the function of cable — to present enough alternatives so that individuals can be their own programmers.”

Under the A&E umbrella, the network encompassed a broad mix of entertainment and nonfiction programming. It created a singular identity with scripted shows (“100 Centre Street,” “A Nero Wolfe Mystery”) and collaborations like its wildly popular co-production with the BBC of “Pride and Prejudice,” a mini-series based on the Jane Austen novel starring Colin Firth and Jennifer Ehle.

The network continued to expand its scope to include documentary series like “Biography”; “Hoarders,” which might be classified as an anthropological study of compulsive stockpiling; and the History Channel’s encyclopedic scrutiny of Adolf Hitler.

Mr. Davatzes was awarded the National Humanities Medal by President George W. Bush in 2006. The French government made him a chevalier of the Order of Arts and Letters in 1989. He was inducted into the Broadcasting & Cable Hall of Fame in 1999.

After his death, Frank A. Bennack Jr., the executive vice chairman of Hearst, called him “the father of the History Channel.”

Nickolas Davatzes was born on March 14, 1942, in Manhattan to George Davatzes, a Greek immigrant, and Alexandra (Kordes) Davatzes, whose parents were from Greece. Both his parents worked in the fur trade.

After graduating from Bryant High School in Astoria, Queens, he earned a bachelor’s degree in economics in 1962 and a master’s in sociology in 1964, both from St. John’s University, where he met his future wife, Dorothea Hayes.

In addition to his son George, he is survived by his wife; another son, Dr. Nicholas Davatzes; a sister, Carol Davatzes Ferrandino; and four grandchildren. Another son, Christopher, died before him.

After serving in the Marines, Mr. Davatzes joined the Xerox Corporation in 1965 and shifted to information technology at Intext Communications Systems in 1978. A friend introduced him to an executive at the fledgling Warner Amex cable company, who recruited him over lunch and had him sign a contract drawn on a restaurant napkin. He went to work there in 1980, alongside cable television pioneers like Richard Aurelio and Larry Wangberg.

His strategy in the beginning was twofold: to focus on making the network more available to viewers, and not to be diverted by producing original programs, instead focusing on acquiring existing ones.

“If you’re in programming, we know that 85 percent of every new show that goes on the air usually fails,” said in a 2001 interview with The Cable Center, an educational arm of the cable industry.

“Our overall approach is to create a sane economic model,” Mr. Davatzes said in 1985. “I like to tell people working for us that we don’t eat at ‘21.’”