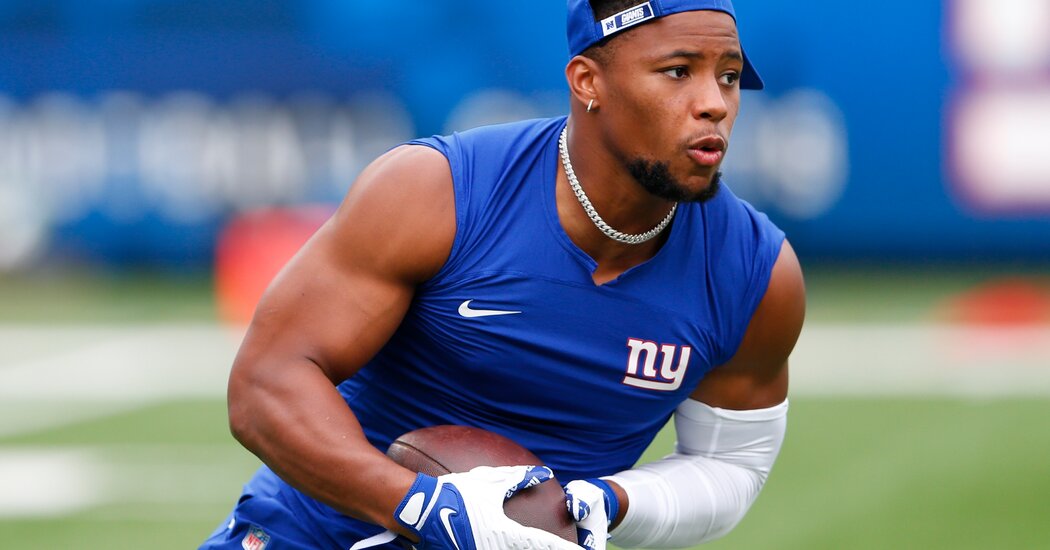 Coming into Week 1, most teams’ optimism hinges on the health of their rosters. A few star players whose status had been murky this week, including Giants running back Saquon Barkley, Chargers running back Austin Ekeler, and Colts guard Quenton Nelson, are good to go.

Elsewhere, the absence of injured players will temper their teams’ game plans.

Jets receiver Jamison Crowder (reserve/Covid-19) will miss Sunday’s season opener, while receiver Keelan Cole (knee) will be a game-time decision. And the Panthers will be without receiver Shi Smith, who missed practice this week with a shoulder injury.

The Washington Football Team placed receiver Curtis Samuel on the injured reserve list earlier this week, so he will miss at least three weeks to nurse a groin injury.

The Titans will be without kicker Sam Ficken, who is on the injured reserve list with a groin injury.

The Colts’ veteran cornerback Xavier Rhodes (calf) will miss Sunday’s opener, along with receiver T.Y. Hilton, who re-aggravated a lingering neck injury during a practice last month. Hilton, the Colts’ top receiver, is expected to miss the start of the regular season.

Texans quarterback Deshaun Watson is out for their season opener against the Jaguars. Watson, who has 22 civil suits alleging sexual misconduct filed against him, isn’t expected to suit up for Houston this season. (He has denied the accusations.) Tyrod Taylor will start in his place. Houston will also miss kicker Ka’imi Fairbairn (leg), as well as defensive back Lonnie Johnson Jr. (thigh).

The Jaguars will be without cornerback Tre Herndon, who’s out with a knee injury.

Bills running back Zack Moss was not on the team’s injury report leading up to Sunday’s game against the Steelers, but he will miss the team’s opener.

Browns receiver Odell Beckham Jr., who tore the anterior cruciate ligament in his left knee last season, will not play against the Chiefs. Beckham had been a game-time decision but was scratched about an hour before kickoff after taking the field for warm-ups. Chiefs safety Tyrann Mathieu will also miss the game despite being activated from the team’s injured reserve/Covid-19 list on Saturday.

Dolphins receiver Preston Williams, who’s been nursing a foot injury, is reportedly not expected to play against the Patriots.

The New Orleans Saints will be without receiver Michael Thomas for the start of the season after he underwent ankle surgery in June. They’ll also miss receiver Tre’Quan Smith (hamstring).