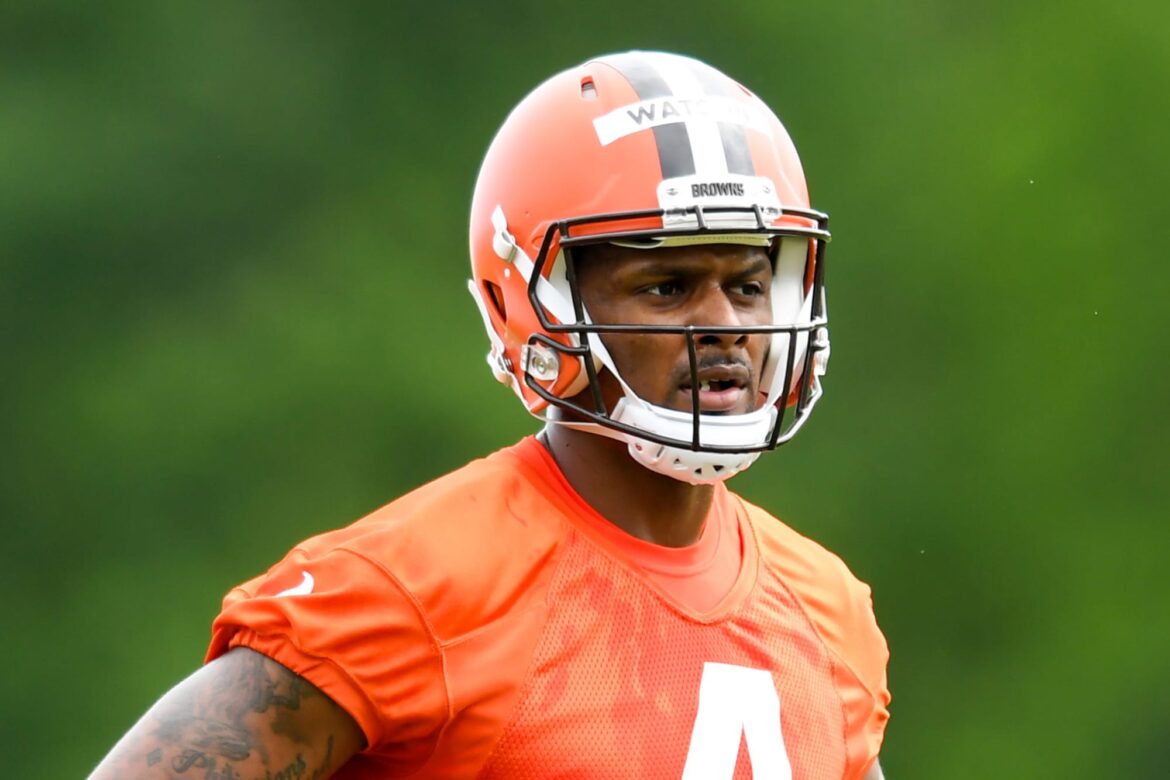 Could NFL still suspend Deshaun Watson for a full season? by Mark Powell

MLB Power Rankings: Giants down in a hole, everything zen for Dodgers by Tim Boyle

NFL fans are not happy about Sue Robinson’s ruling on the Deshaun Watson suspension.

Watson did not play in a single game at all a year ago when he was still with the Houston Texans.

He would be eligible to first play for the Browns in Week 7 vs. the Baltimore Ravens on Oct. 23.

Parties involved in the disciplinary hearing for #Browns QB Deshaun Watson have been informed by Judge Sue Robinson that Watson should be suspended 6 games, sources say.

For a league that claims to care about women, a six-game suspension is seen as embarrassing.

Deshaun Watson was accused by 24 women of sexual misconduct and the NFL suspended him 6 games.

Calvin Ridley made some bets and the NFL suspended him a full season.

Remember that Calvin Ridley was suspended for an entire season for betting on games he wasn’t even playing in.

Weak suspension for Deshaun Watson, but I’m not surprised in the slightest.

Lots of talk about privilege on social media, athlete privilege is the apex. How many people could be publicly accused of sexual assault by 30 women & not just keep their current job, but become the highest paid in the history of their job? That’s what Deshaun Watson did.

While the NFL is great at a lot of things, doling out punishments has never been one of them…

Another pathetic example of the NFL putting money and winning over doing the right thing.

I do not think the Deshaun Watson six-game suspension will stand. The NFL will appeal, and Roger Goodell determines the appeal. I expect Watson to be suspended for the entire 2022 season.

Deshaun Watson is suspended one game for every four women who accused him of sexual assault. Not great.

Deshaun Watson will lose NONE of his $44.9 million signing bonus.

He received his first $15M yesterday.

NFL argued for a full-season suspension. Robinson hands down 6 games.

NFL could appeal & potentially add games. The NFLPA could then look to sue in court. This isn’t over.

Ultimately, the ball is back in Roger Goodell’s court. While the league office needs to look over Robinson’s initial ruling first, one would expect the NFL will appeal the six-game suspension. With training camp already here and the regular season rapidly approaching, this thing is far from over. Watson may not be suspended indefinitely, but getting only six games is completely tone-deaf.

NFL fans have every reason to be furious over Watson getting this weak six-game suspension.