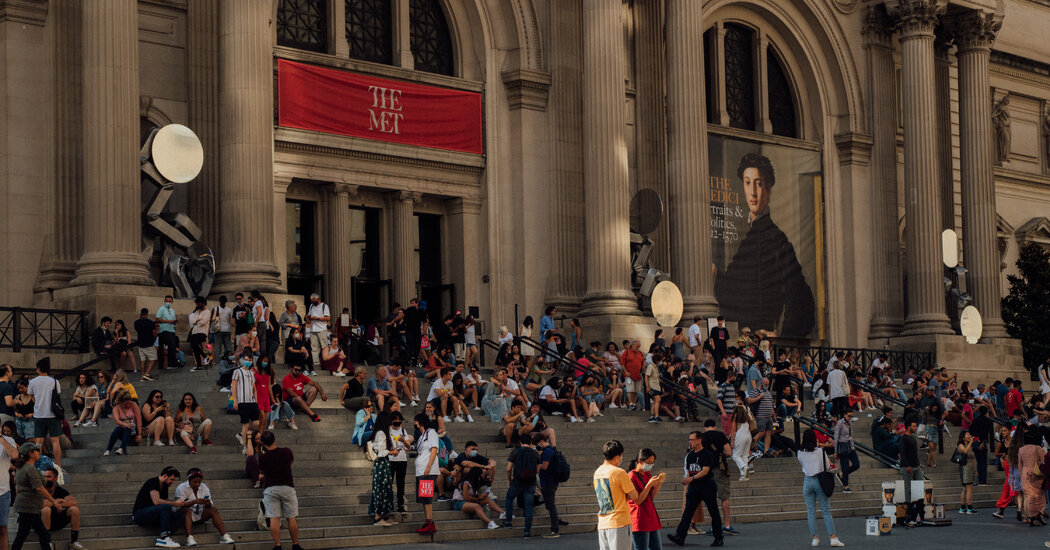 New York City plans to require visitors to its museums and other cultural institutions to be vaccinated, a city official said Monday.

The policy — which Mayor Bill de Blasio was expected to outline at a news conference on Monday that also addressed sports activities — will require that visitors and employees at the city’s museums, concert halls, aquariums and zoos be vaccinated, according to a City Hall official who was granted anonymity because the policy had yet to be officially announced.

Children younger than age 12, who are not eligible to be vaccinated, will have to be accompanied by a vaccinated person and will be encouraged to wear masks.

The city plans to conduct a $10 million media campaign to inform the public of the new requirements, according to the City Hall official.

The 33 museums and arts groups operating in city-owned buildings or on city-owned land — known as members of the Cultural Institutions Group — had been in discussions over the last few weeks with the city’s Department of Cultural Affairs.

There was broad consensus among those arts organizations — as well as others that are not city-owned — in favor of a vaccination mandate.

“Everyone wants their audiences and their employees to be safe,” said Lucy Sexton, the executive director of New Yorkers for Culture & Arts, an advocacy group. Ms. Sexton — together with Taryn Sacramone, the executive director of the Queens Theater — last year started a daily Zoom call with more than 200 arts leaders to pool support and information during the coronavirus pandemic.

The announcement was delayed by several sticking points, namely whether vaccinations would be required of staff members as well as visitors, which raises thorny employment law issues.

Cultural institutions were also concerned about lost revenue and added costs of enforcing the new regulations, given that they are already operating at reduced hours and reduced capacity. “We were the first to be shut and we were the last to reopen,” Ms. Sexton said. “The whole field has not been given the measure of relief others have.”

Earlier this month, Mayor de Blasio announced that vaccinations would be required for indoor concerts — as well as for gyms and restaurants — becoming the first U.S. city to issue such a mandate.