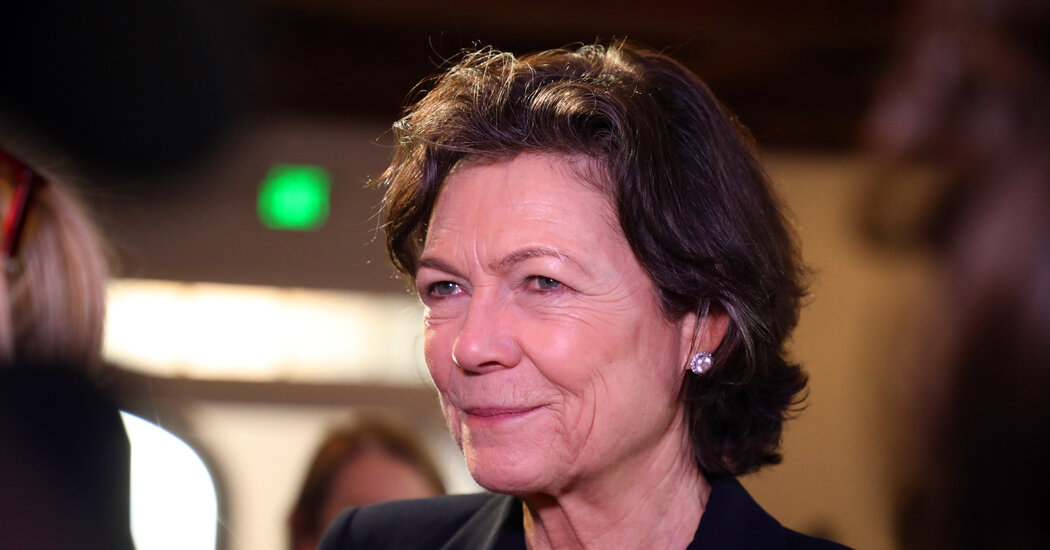 Appointing a new leader to guide the company through its much-awaited reopening, the New York City Ballet voted to approve Diana L. Taylor — a finance leader and the partner of the former New York City mayor Michael R. Bloomberg — as the new chair of its board of directors, the company announced on Wednesday.

Ms. Taylor will be the first woman to assume the role in the company’s 73-year history.

As Mr. Bloomberg’s companion throughout his three terms as mayor, Ms. Taylor performed the typical duties of a first lady (such as attending City Ballet galas) while also leading her own career in government and finance. During Mr. Bloomberg’s tenure, she served as the superintendent of banking for the State of New York in Governor George E. Pataki’s administration, then as a managing director for a private equity firm.

As for dance, Ms. Taylor recalls that her parents had a subscription to City Ballet and she would attend with her mother, but involvement in the art form is mostly new to her.

“I’ve always liked the ballet; I don’t know that much about it, but I’ve liked it,” Ms. Taylor said in an interview. “I’ve never really been involved in the arts except as a spectator.”

Mr. Bloomberg, on the other hand, was known as an arts-focused mayor, mostly because of his own personal giving. During his tenure, he gave more than $200 million to arts and social service groups around the city. (City Ballet lists Bloomberg Philanthropies as one of its midlevel donors, having contributed between $25,000 and $49,999 during this fiscal year.)

It came as a surprise to Ms. Taylor when a member of the City Ballet search committee approached her to ask whether she would be interested in the position.

“I practically fell off my chair and said, ‘Well, why me?,’” she said. “I went back and thought about it and said, ‘Wow, what a great experience.’ It’s such a well-respected ballet company; it’s one of the oldest in the world; it’s arts and culture in New York City, which is going to be so important in bringing us back from the pandemic.”

Ms. Taylor’s experience in finance and nonprofit leadership were no doubt of interest to City Ballet as it seeks to bounce back from the pandemic, which led to the cancellation of four consecutive seasons and the 2020 “Nutcracker.” In a news release, the outgoing board chair, Charles W. Scharf, called Ms. Taylor a “formidable business leader” and the “ideal person to drive and guide the company forward into a thriving future.”

Ms. Taylor — who briefly contemplated a run for public office — adds this role to a list of other board positions on her résumé, including at Citigroup and Accion, a microfinancing nonprofit.

Leading City Ballet at this juncture will involve advising the company on numerous pandemic-related issues, including decisions around mask mandates and testing protocols as the season progresses. City Ballet says that it lost about $50 million in earned revenues because of the pandemic, but Ms. Taylor said the company entered the pandemic on solid financial footing and has remained in “pretty good shape” after cost-cutting and adapting to pandemic restrictions.

City Ballet is set to return to the stage on Sept. 21 with a program featuring George Balanchine’s “Serenade.”