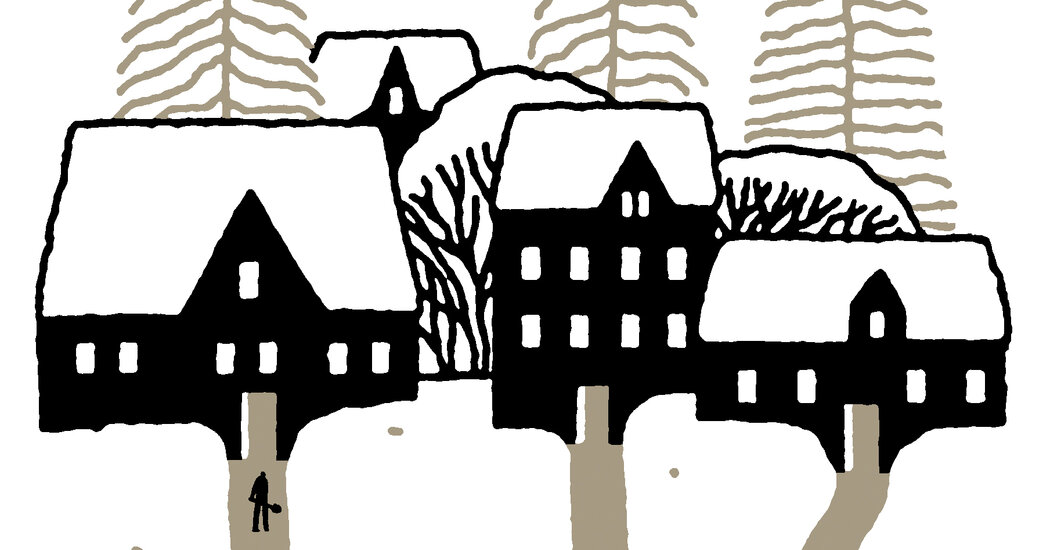 Dahlia Lighthouse, the novel’s narrator, has spent her whole life marinating in crime. She and her siblings were all named for murder victims — Sharon Tate, Lizzie Borden’s father, the Lindbergh baby — and home-schooled in crime stories by their singularly obsessed parents. All but one reunite at the family home for their father’s burial, but before it can take place, the family’s groundskeeper, Fritz, rushes in with some unpleasant news: “Somebody’s already buried in Mr. Lighthouse’s plot,” he blurts out. “I think it’s Andy,” Dahlia’s twin, thought to have fled the “Murder Mansion” a decade earlier.

What follows is a distillation of sibling discontent, unresolved serial murder, excessive baking (yes, really) and, at the novel’s core, an examination of how flattening people into stories and churning them through the true-crime mill creates lasting, intergenerational damage. If the plot careens off the rails at times, it is also an exceedingly entertaining look at how corrosive family bonds can become.

Let me close this column with unqualified praise for Silvia Moreno-Garcia’s VELVET WAS THE NIGHT (Del Rey, 284 pp., $28), a novel that is immensely satisfying, refreshingly new and gloriously written. Here Moreno-Garcia mashes up Anglocentric genres with midcentury Mexican history, resulting in a brew flavored with love, heartbreak, violence, music and unsettling dread.

Maite, a dowdy secretary on the cusp of 30 in early 1970s Mexico City, is about to embark on quite a hero’s journey. Lonely, at times passive, she indulges in romance magazines to escape from her present drudgery. The appearance of a beautiful new neighbor, Leonora — who “looked like the girls in the comic books, with her green eyes and her chestnut hair” — marks the beginning of Maite’s awakening, as she plunges into underground activism, political dissidence and sexual desires that explode her idea of what’s possible, and with whom.

Others lurk on the periphery, most notably a movies-and-music-obsessed young man named Elvis who knows no other life than the criminal one. That matters won’t end well is a foregone conclusion — this is noir, after all. But the gift of this book, and Moreno-Garcia’s storytelling, is how it imbues this well-worn genre with added strength, grace and even musicality.