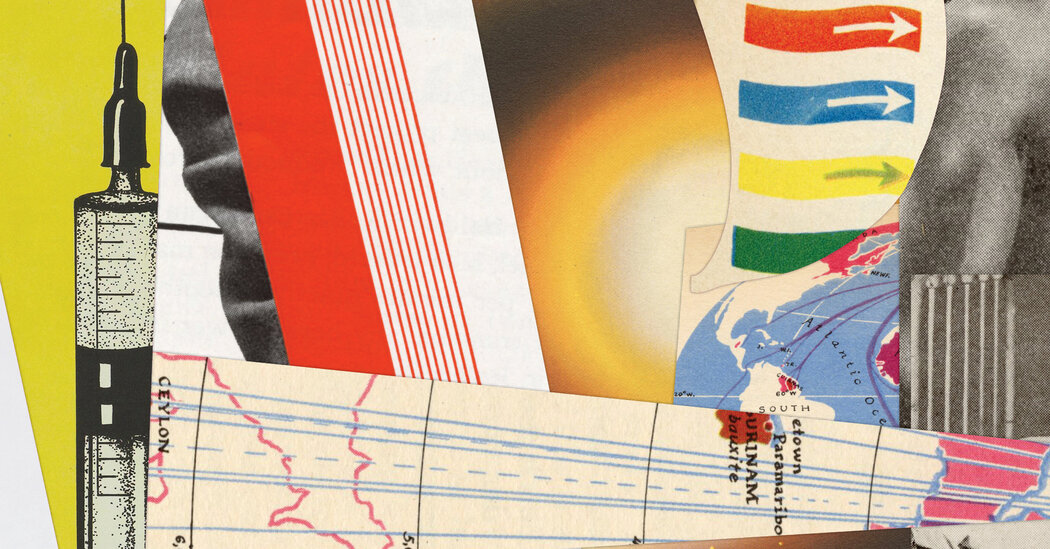 A PANDEMIC IN RESIDENCE
Essays From a Detroit Hospital
By Selina Mahmood
133 pp. Belt Publishing. Paper, $16.95.

What happened last year? How to explain the ways the world changed? Perhaps, as Mahmood proposes with the quote from the British poet Momtaza Mehri that opens her book, the answer is to “live in digression.”

The first-time author manages digression with skill in this essay collection, taking readers into her experience as a first-year neurology resident at Detroit’s Henry Ford Hospital. Organized chronologically, with sections covering March, April, May and “June, and Onwards,” the book chronicles the chaotic first months of the pandemic.

Wry and smart, with a composed tone even when writing about the death of a patient, Mahmood is a reliable narrator. “Human,” the second essay in March, ranges from meditations on her Pakistani family to a brief history of the Flexner Report, the landmark 1910 investigation into medical education. The references proliferate from there, although the essays dip back into moments of more traditional narrative. While artful, the automatic writing that underpins her style at times veers into incoherence rather than evocation.

Think of this book as a series of snapshots that add up to an argument. “I’ve seen enough to limit intellectualism in the face of suffering,” Mahmood concludes in “The Case of the Missing Feather,” April’s third essay. A few beats later she elaborates: “The idea that suffering is meaningless is meaningless, because what is the point of reference for that claim? A simple statement of having been heard, whether in silence or anguish, suffices.”

Vaccinations, the CDC, and the Hijacking of America’s Response to the Pandemic
By Nina Burleigh
191 pp. Seven Stories. $25.95.

Like many others in the early days of the pandemic lockdown, the investigative journalist Burleigh turned to the literature of outbreaks past: in her case, a “dog-eared, yellowed, graduate school paperback copy of Daniel Defoe’s ‘A Journal of the Plague Year.’” She found herself following in the 18th-century journalist’s footsteps with “Virus,” which aims to “record how we responded to this pandemic, as a society and scientifically, so that we will be sure to do better the next time.”

The pandemic, seen through Burleigh’s eyes, was a “gift from God” for the two ideologically varying and powerful factions that united behind Donald Trump as he sought to become president: anti-regulation capitalists and Christian extremists. The instability and panic it created allowed both to further their agendas, she argues, at the cost of American lives and livelihoods.

“The pandemic offered the federal government an opportunity to prove to Americans that government can still be a force for good,” she concludes. “Instead, the government did what it could to make sure that whatever remained of that faith after three years of state-smashing ideology would evaporate.”

While Burleigh conveys the human suffering and her own outrage at how avoidable it all was, her tone at times can be overwrought. Her revulsion is certainly merited, but it can also make it hard for readers to draw their own conclusions about the evidence presented. It would be a stronger book if it stuck to the evidence.

PREVENTABLE
The Inside Story of How Leadership Failures, Politics, and Selfishness Doomed the U.S. Coronavirus Response
By Andy Slavitt
315 pp. St. Martin’s. $28.99.

Late in Slavitt’s account, he observes to the veteran New York Times White House correspondent Michael Shear that the White House was the journalist’s office long before it was President Trump’s office. The same could be said of Slavitt, part of President Biden’s Covid response team, who first found himself in the White House helping to patch up the disastrous rollout of Obamacare.

Packed with anecdotes about his family and the high-placed friends and colleagues he rallied to help the administration fight Covid, “Preventable” is worth reading if for no other reason than the insight it offers into what America’s elite class was doing during these long months when the pandemic hit.

Slavitt may not have agreed with Trump’s team — and he may have been loud about that disagreement on Twitter — but he was and remains a political insider. He is candid about the strife this position caused, just as he’s candid about all the ways the health care system serves profits over Americans. But he can’t step outside that perspective.

With that said, the book is an informative (if at times self-absorbed) examination of what went so horribly wrong in the federal government’s response. It shines in the moments when Slavitt links that failure to a much longer timeline of neglect. He leaves readers with a poignant challenge: “We allowed people to live like this before the pandemic, and many more lived like this during the pandemic; it’s up to us whether people live like this after the pandemic.”

The History and Future of Quarantine
By Geoff Manaugh and Nicola Twilley
396 pp. MCD/Farrar, Straus & Giroux. $28.

Readers will likely come to this far-reaching cultural history of quarantine as a public health tool with more personal knowledge about its subject than Manaugh and Twilley anticipated when they began working on their book, long before our current pandemic.

The architecture and science writers marry the history of outbreaks both distant and modern (bubonic plague, yellow fever, H.I.V.-AIDS, Ebola) with anecdotes about their own research experiences. From traveling to Venice to understand how quarantines were deployed during the Black Death to watching the quarantine behaviors of social spiders with a Los Angeles researcher, the pair are friendly companions on a journey to understand what quarantine has been, and what it will become.

“We need a futurologist of quarantine,” one public health expert observes to the authors early on. If not quite futurologists, Twilley and Manaugh manage to remain forward-looking. The book introduces NASA officials, nuclear waste managers, architects and many others trying to reimagine quarantine. It also wrestles with the human-scale issues of emotion, connection and surveillance that we have become all too familiar with since 2020.

“Real-time infection-mapping and restricted-access technologies promise — or perhaps threaten — to make the whole world into a lazaretto, a virtual quarantine facility defined by regulations that force us to avoid the company of others,” the pair predict. “In the coming quarantine, you will be able to go anywhere — but you will be watched, measured and diagnosed the entire time.”