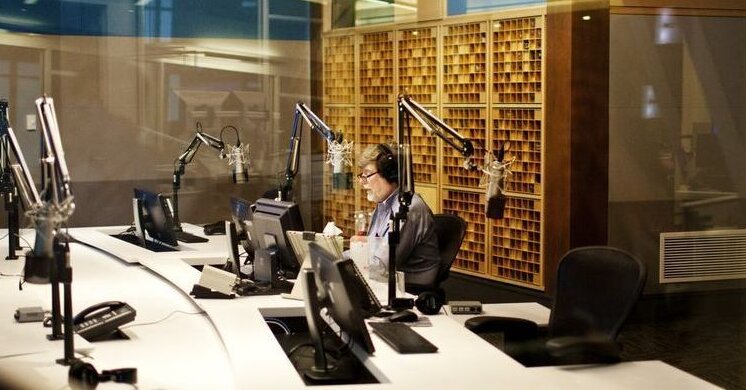 In his final program on NPR, Mr. Conan said he would continue to listen to the network and to support it with contributions. But he added: “I need some services in return. Go and tell me the stories behind everything that happened in the world today. Explain why it happened, and how it affects our lives. Do it every day. Tell me what’s important, and don’t waste my time with stupid stuff.”

As for himself, he said that even after some 5,000 hours on the air, “there is still so much to talk about, but that’s going to have to be enough.”

In an email, Scott Simon, the host of NPR’s “Weekend Edition Saturday,” said of Mr. Conan: “There are thousands of people whom he interviewed, or from whom he took questions, and millions of listeners, who are left with a direct, personal memory of his kindness, intelligence, and eagerness to hear what they had to say. That’s the kind of legacy that just grows.”

Mr. Conan performed in virtually every capacity at NPR from 1977 until 2000, when he had what he described as a midlife crisis.

The “circus” in his case meant the opportunity to do live play-by-play radio broadcasts of baseball games. He figured — correctly, as it turned out — that covering the minor-league Aberdeen Arsenal would demand the same conversational skills he had applied so effectively in covering national political conventions.

Finally he could shed the burden of journalistic objectivity, as he explained in “Play by Play: Baseball, Radio, and Life in the Last Chance League” (2002).